In the contemporary era, we cannot imagine a world without technology. Technology has now made its presence felt in almost every segment, sector or industry. Technology is the application of the knowledge, science as well as skills to find the solution which fulfils the requirement of an individual and organisation.

The application of technology is increasing day by day, and we use technology to get the work done in our daily lives. Similarly, organisations also use various technologies to execute their work, save time and money and deliver quality results with efficiency to the end-users.

In this article, we would look at five technology companies, their exposure to different technologies and trace their past growth as well as future development plan.

Gentrack Group Limited is a developing, profitable, technology company which is listed on ASX as well as NZX and was established 25 years ago at the time of New Zealand’s power market deregulation.

Recently, on 28 November 2019, Gentrack Group released its FY2019 annual results ended 30 September 2019 and a few highlights from the same are as follows:

On the outlook front, the company provided the following pointers:

Serko Limited (ASX: SKO) is a market-leading travel as well as expense technology solution in Australasia that is used by 6,000 corporate entities and travel management companies who booked above $6 billion of travel in a year using Serko’s platform.

A few highlights from the half-yearly results are as follows:

This SPP was a part of the company’s equity raising initiative announced on 24 October 2019. The funds would be used for the expansion of the marketplace content and also accelerate the global rollout of Zeno.

Catapult Group International Ltd (ASX: CAT) is engaged in building technology that helps athletes as well as teams to perform to their true capacity. Its products include:

Some of the pointers from the results are as mentioned below:

Catapult recently announced the renewal of its union-wide performance partnership with Rugby Australia and expanded it to include CAT’s new Vector technology.

rhipe Limited (ASX: RHP) is a Cloud 1st, channel 1st company which is recognised as the leading expert in subscription software licensing in the APAC region with a focus on assisting the service provider industry. It distributes and aggregates subscription licensing models for Service Providers from various global leading software vendors like Microsoft, VMware, Red Hat, Citrix, Veeam, Trend Micro, Sinefa and DocuSign.

Below are a few points from the FY2019 results:

A snapshot of the Q1 FY2020 period are as follows:

Netlinkz (ASX: NET) is the developer of the Virtual Invisible Network which is a globally patented and award-winning network technology that facilitates companies to connect sites, devices as well as staff quickly over the internet via a distinctive network solution that is mostly invisible. 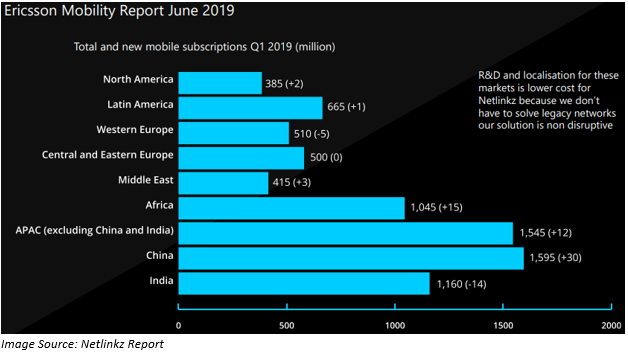 The above-discussed stocks closed the day’s trade on 05 December 2019 with the following standings:

In a nutshell, the above discussed stocks have recorded decent performance throughout their respective periods with significant expansion and growth opportunities. The companies seek to further expand and simultaneously look forward to attaining better business benchmarks by capitalising on the prospects.