In an era of transformation from the use of non-renewable resources to electric and hybrid cars, Australia is increasing its share to contribute in reducing carbon footprints.

As per the Electric Vehicle Council, Australia, the cost of fuel required to run a car is $1.50 per litre, however, the cost reduces to $0.33 per litre in case of an electric car. Taking from there, the future of electric cars is bound to boom in the country as predicted by the several analysts.

Australian vehicle market is anticipated to have more than 50% of electric cars by another decade.

2020 is expected to witness EVs standing at par with petrol vehicles in terms of upfront price and range, with the EV sales anticipated to expand rapidly. There are other factors which influence the increase in trend of EVs in Australia, such as availability of the model lying in the range of $60,000 as well as the quality.

On the policy front, Federal Government is under a process to prepare and launch National Strategy for Electric Vehicles for every state and region to follow, to be completed by 1H 2020.

The details of the new launch of EVs in Australia by different automotive manufacturers is explained in the table 1.

The company seems to be well positioned to benefit from the EV growth potential with interests in one of the biggest lithium mines on the planet – Pilgangoora.

With new strategic investor CATL – China’s largest battery manufacture of EVs and JV term sheet agreed with POSCO with board approvals expected this year, PLS seems to be ideally placed in the entire battery supply chain. 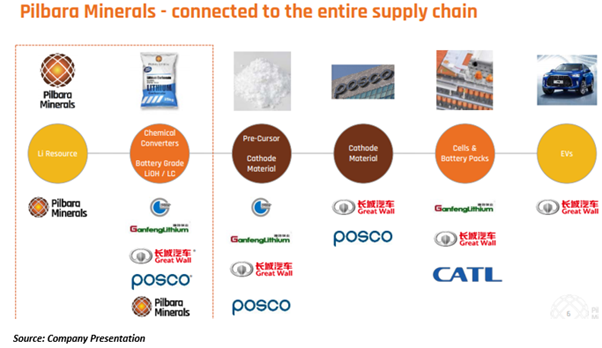 Australian based, Altura Mining Limited (ASX: AJM) is one of the global players of lithium market. It is engaged in lithium raw material supply, exploration and development activities. AJM has 13 subsidiaries with country of origin as Australia, Indonesia, Mauritius, Singapore and Philippines. Altura’s Pilgangoora Mine has manufactured its first lithium in July 2018, subsequently, in October 2018 they did their first sales. However, the commercial production was announced in March 2019. 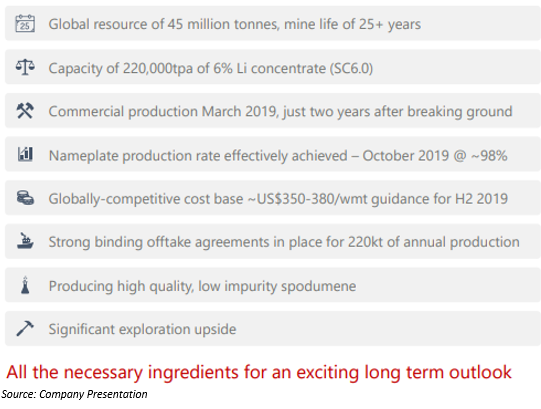 Announcement of Change in Production: On 24 December 2019, Altura decided to have 94-hour shut down of its plant maintenance. As a consequent, this quarter production is expected to be approximately 45 – 50,000 wmt in total (instead of previous total of 53 – 57,000 wmt).

James Brown, MD mentioned that the shutdown would eventually lead to improvement in performance of plant in upcoming quarter.

Debt Refinancing: Altura is planning to refinance its current loan debt for which several discussions with potential investors have started.

An ASX listed metals and mining company, Galaxy Resources Ltd (ASX: GXY) operates in Australia, Canada and Argentina which are its source for brine assets and hard rock mines. GXY is the producer of tantalum and spodumene concentrate from its two vital plants namely, James Bay lithium pegmatite project and the Mt Cattlin mine, located in Canada and Australia respectively. 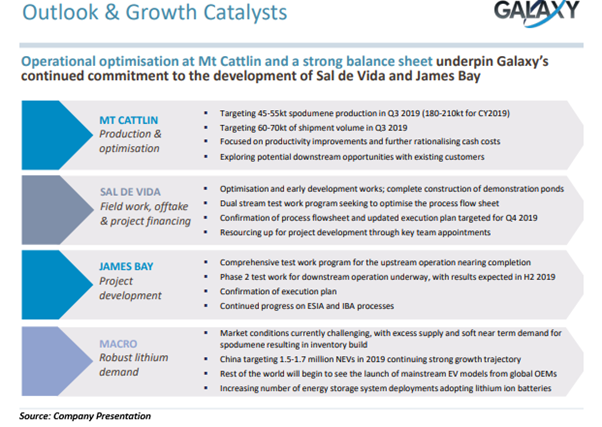 Change in S&P/ASX 200 index: S&P Dow Jones announced certain changes in ASX indices to be effective from 23 December 2019. As per the release, Galaxy resources Ltd is removed from S&P/ASX 200 index and S&P/ASX All Australian 200 index.