An economy can have stable finances, healthy economic structures and a plethora of rich metals and minerals underneath its soil, but the factual growth and development would only fruitfully be accomplished if the education sector is robust. The importance of Education towards any form of growth development needs no introduction, and simply put- it is the most vital catalyst that drives every sector.

A significant feature of the education industry is that it has always been and would continue to remain an evolving industry, with new realms being added to the dynamic environment that we live in, and the need to constantly educate ourselves about the past, present and the future. The Education industry has been given the utmost importance in almost all world economies and is presently in a healthy upcycle.

According to the statistics laid down by the Australian Bureau of Statistics, in 2018, there were 3,893,834 students enrolled in 9,477 schools and teachers comprised of ~70 per cent of in-school full-time equivalent staff. The student to teaching staff ratio for all schools and affiliations was 13.5.

Student enrolments by school affiliation over the years (Source: ABS)

On the higher education spectrum, as per the MIP Education Insight Review of 2018, Total postgraduate (PG) enrolments overtook undergraduate (UG) enrolments during 2018.

On the international education front, total primary student visa grants were up by 9.9 per cent to 328,150 in FY2017-18 and by 9.5 per cent (159,823) in the second half of 2018. Australiaâs performance remained strong in the education sector, with Onshore visa grants growing at speedy rates than offshore.

Looking at the trend based on the age of Australian residents, the statistics depict a positive shift in the change that has occurred between 2008 and 2018. The key indicators of the same are highlighted below:

In the context of this information, let us have a look at the three stocks, related to the Education sector, and look at their updates and stocks performances on the Australian Stock Exchange:

Company Profile: Set up in 1969 and listed on the ASX in 2015, IEL is an international education services provider, providing counselling, advisory services, visa application assistance, pre-departure support and other SES. The company is the co-owner of IELTS and runs eleven English language teaching campuses throughout South East Asian region.

In 2017, the company acquired Hotcourses Group, which is a course search portal and student placement company. 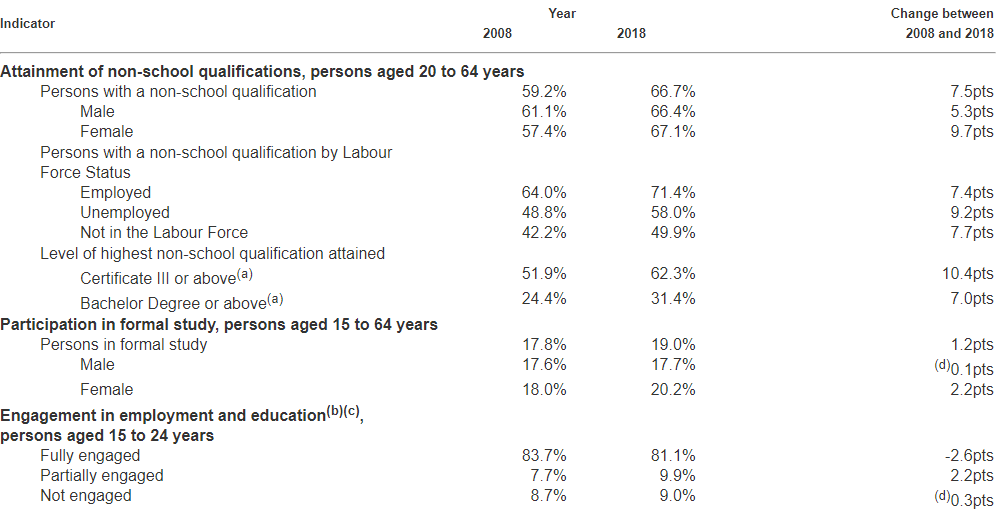 The company believes that it is headed towards becoming the worldâs definitive student dataset, while creating the marketplace and connected community for education participants and reinvent the global industry. It has a client base of more than 680 universities and educators across the globe.

Company Profile: A global lead player in the online education business, the company has a basket of learning resources which are particularly designed for the families and schools, and cover the concepts of math, spelling and literacy. The company has partnered up with UNICEF and stated that in this association, approximately 300,000 students have so far been given access to education with the help of the companyâs learning projects.

Result Release and Investor Day Date: On 17 July 2019, the company notified that it would be releasing its FY19 full year results on Thursday, 22nd August 2019. The company would also conduct a strategy and product showcase on 20th September 2019 at its North Sydney office, and awaits investors and shareholders to be part of it.

2019 Macquarie Australia Conference: On 1 May 2019, 3PL presented at the 2019 Macquarie Australia Conference in Sydney, and in the related presentation, stated that it was on track towards growth with the second half of FY19 marking the final stages of 3-year strategic plan (2020-2022). the operating model had been set, costs out and reinvestments to strengthen the product portfolio had been taken care of and a digitised sales and marketing model had been built. The growth plan would be highlighted in 3PLâs full year result.

As outlook for FY19, the company expects cash balance to range between $25 million to $28 million.

Company Profile: Considered to be at the forefront of childcare, EVO is a provider of early childhood education in New Zealand and was listed on the ASX in 2014. It has its registered office in Auckland and owns over 120 centre- based ECE facilities in New Zealand. The company operates under brands like Little Earth Montessori, Little Lights, Lollipops, Learning Adventures, Pascals and Active Explorers.

Annual Meeting and Director Nomination Closing Date: On 1 July 2019, the company notified that it would be conducting its Annual Meeting on Wednesday, 18th September 2019. Prior to that, the last date for director nominations was set to be on Thursday, 18th July 2019.

Annual Report: On 20 June 2019, EVO released its Annual report, stating that itâs recapitalisation of a 4.4:1 accelerated rights entitlement offer, (as announced in May 2019), had been completed in June, and had resulted in the raising of $63.5 million of additional shares. This had reduced the companyâs bank debt with $30 million repaid to ASB Bank. The company notified that $25 million would be invested to acquire 10-12 existing childcare centres in Australia.

On the financial end, as on 31 March 2019, the company recorded revenue of A$137,177k, with the Total comprehensive loss attributable to the shareholders of the Company being A$101,554k. The financial statement of the company is provided below: 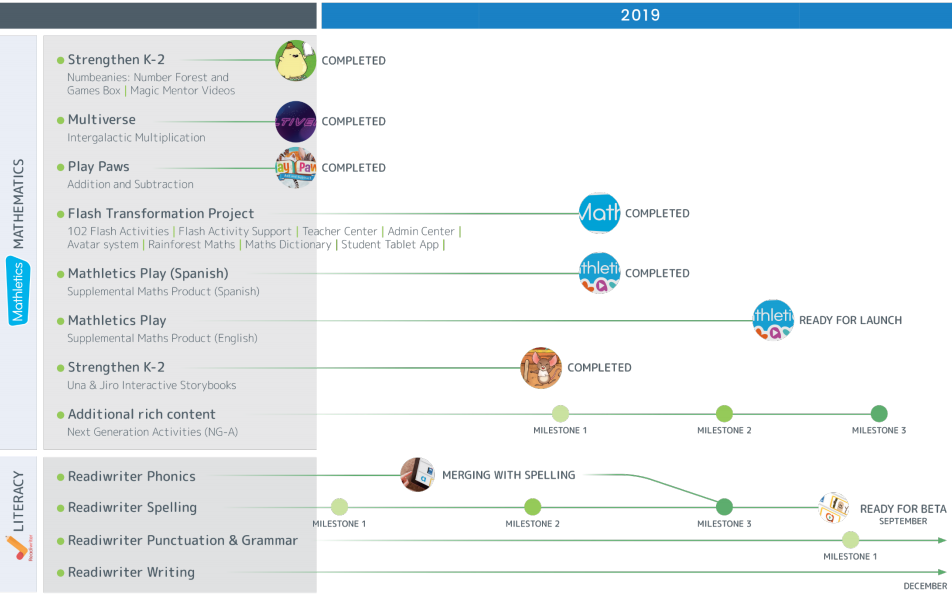