Artificial Intelligence is rapidly becoming a part of our everyday lives, and market experts believe that AI would lead the next wave of economic growth and productivity in the years ahead. The emergence of intelligent machines often referred to as ‘the fourth industrial revolution’ posses the power to disrupt many of the existing businesses. It is imperative for the organisations to evolve with the new age disruptive technologies, as the ignorance of these new age technologies may pave out the way for the organisation from the industry or drastically reduce its market share. A classic example of this had been Kodak, which lost the majority of its market share due to rigidity in evolving with new trends in the market.

Countries like Japan, where the majority population is growing old out of the workforce and contraction continues, Artificial Intelligence is playing a crucial role in reviving the economy with robotics powered by AI and more. During late December 2017, four scientists from Kyoto University in Kyoto, Japan used AI to decode thoughts on the Scientific platform.

AI is redefining the costing structures of companies from various industries. For instance, AI is changing the operating model for investment firms from the back office to front office with changes affecting cost dynamics, some of the firms are using AI to analyse the security and make decisions. AI would lead to a better, fewer error environment along with greater efficiencies in the industry.

According to a prominent wall street market strategist, the industry could reach $1 trillion in revenues by 2050 at a compounded annual rate of 15.4%. The estimate is based on the expected shortfall of 18 million workforces in the U.S. and other countries like Europe, Japan and China facing similar deficits.

Spectur Limited (ASX: SP3), based in Australia, operates innovative hardware and disruptive cloud based IOT and security systems; it provides security and surveillance systems to most of the industries as security is the prime necessity while operating any business. Some of the large consumers of the company include government, utilities, building, construction and civil industry. 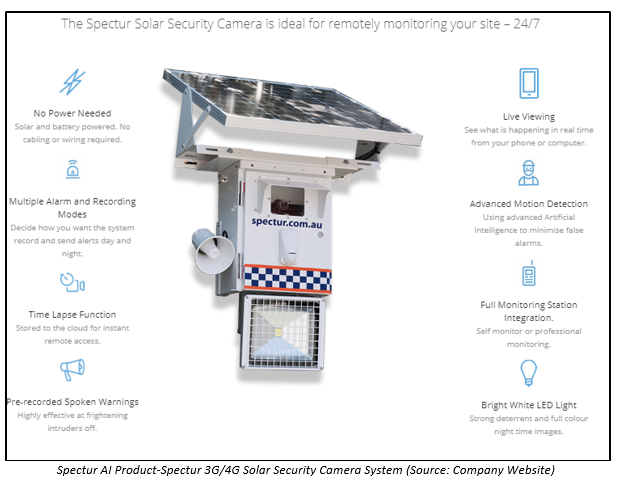 Recently the company released the monthly revenue figures, SP3 announced that revenues recorded highest numbers at $516k in May 2019, and system sales contributed $246K while system rentals hit record at $133k. The recurring services-based revenue contributed to the remaining part of the revenue during May. It was reported that the combination of higher-value orders from large consumers and higher-margin product mix resulted in a gross margin for the month of $338K, which was 65% of the revenue during the month. Notably, SP3 witnessed a second positive cashflow period this calendar year, generating net cash flows of $85K.

As per the release, growth in revenues had been underpinned by increasing contribution of the higher margin recurring income and similar higher margin rental business. Also, higher value orders are driven by repeat customers who are expanding the deployment of Spectur’s solutions.

In April 2019, SP3 released the Quarterly Activities Report for the quarter ended 31 March 2019 and posted record results. As per the release, revenues of $1.2 million in Q3 FY19 were up by 99% against the numbers recorded in Q3 FY18, and the company also recorded previous highest revenues of $469k during the quarter in February 2019. Importantly, the depicted growth in revenue was underpinned by the recurring revenues, combined sales along with net rental deployment of camera units. 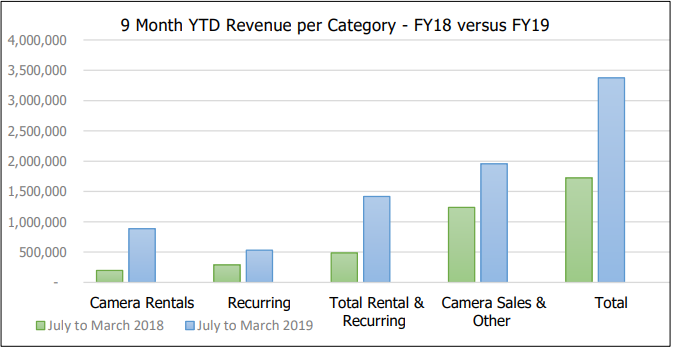 LiveTiles Limited (ASX: LVT), the AI-powered company, offers innovative tech-based solutions to organisations which include intelligent workplace software for education, government and commercial markets. The customer base of the company is diversified globally and provides services to a range of sectors across the US, UK, Europe, the Middle East and the Asia Pacific. Its product includes LiveTiles for SAP Software, LiveTiles MX, LiveTiles Mosaic, LiveTiles Intelligent Workplace, LiveTiles Design, Hyperfish and Wizdom, and LVT is an award-winning Microsoft partner. LVT is headquartered in New York and operates from most of the global metros like London, Amsterdam, Copenhagen, Sydney, Melbourne, Brisbane, San Francisco, Los Angeles, Chicago, North Carolina, Rochester, Geelong and Hobart and few more. 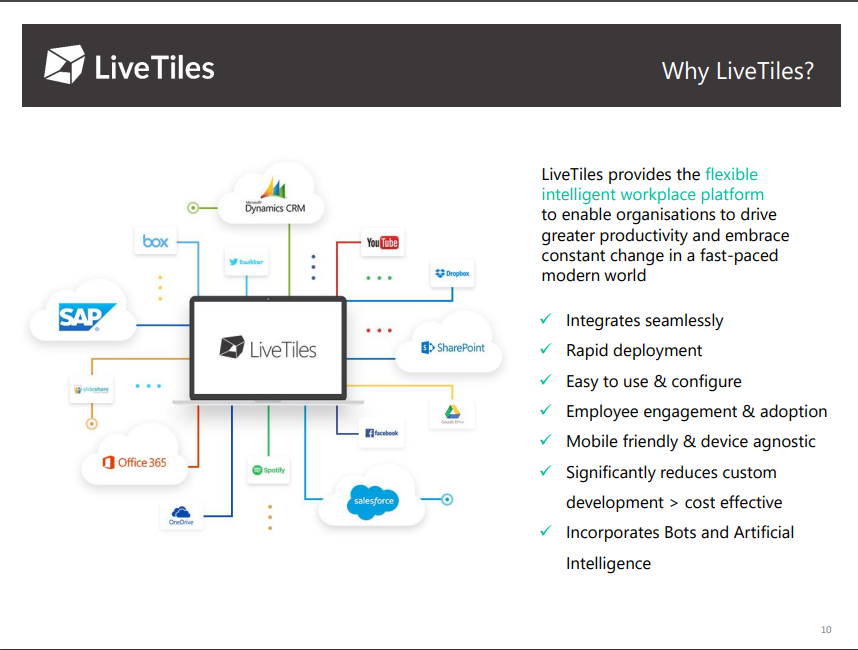 Recently, the company announced the launch of AI-driven data-centric security solutions in combination with alliance partner Nucleus Cyber. Notably, post the collaboration with Nucleus Cyber both the companies have integrated technologies to offer unique products since October 2018. LVT intended to sell the new solution as a premium feature in its Intelligent Workplace Platform.

The announcement read that according to reports over 85% of Fortune 500 companies use Microsoft’s SharePoint Online as part of Office 365 subscription, and LVT expects to target these organisations over 400,000 customer organisations as well. As per the release, a market research expert had forecasted the expenditure incurred on worldwide security this year alone to exceed $124 billion. Importantly, LVT & Nucleus Cyber would co-sell the product with Microsoft, and the marketing program expects to target key industries such as Public Sector, Defence and Health (US Marines, US Department of State and the UK Ministry of Defence) in FY20 and beyond.

As per the release, the new security solution addresses the problems faced in terms of security & malicious insider threat by rapid development in Microsoft collaborative channels in the cloud such as Teams, Yammer, Microsoft SharePoint Online and OneDrive. Also, it provides a streamlined solution approach that eradicates the existing solutions across collaborative channels, which use an existing variety of security tool, user training and complicated configuration.

LiveTiles expects that the new AI-driven data-centric security solution would be a disruptor for the existing solutions, and it works effectively across Microsoft’s Office 365 platform. 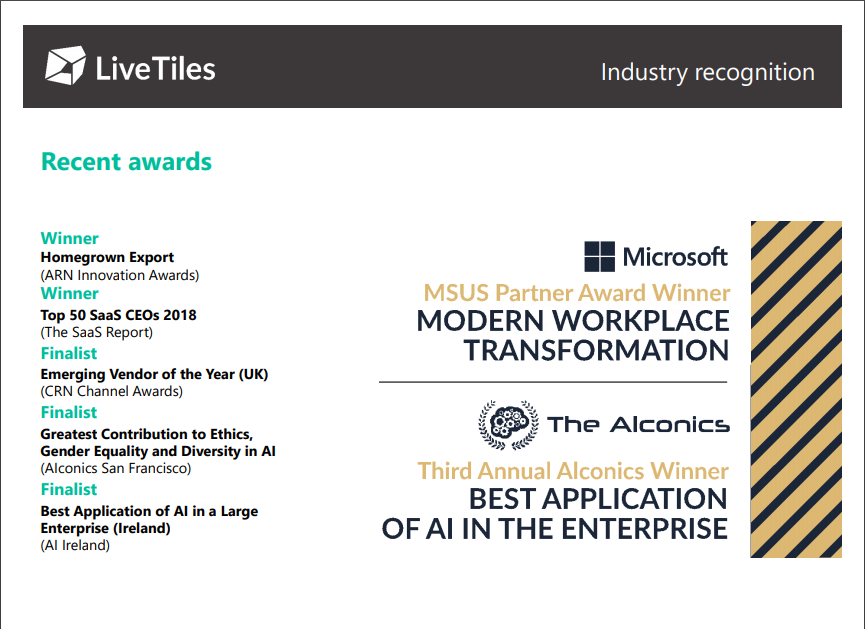 Yojee Limited (ASX: YOJ) is a technology company focused on delivering logistics solutions powered with new age technologies like Artificial Intelligence, Machine learning and Blockchain. Its software uses these new age technologies to optimise and manage delivery operations. YOJ intends to empower the cost efficiencies of small & medium enterprises, which are only enjoyed by the industry giants through its offering to all sized logistics companies at an affordable rate, on a transaction-based fee model.

As per the release, YOJ would provide SaaS logistics and supply chain management technology on a project basis with fees applicable as setup; subscription; professional service; and transaction, the agreement has potential to expand across multiple places in Asia. Also, due to variability & difficulty in estimating transaction volumes and project scopes, the impact of the agreement would not be financially material; however, YOJ expects more projects to follow with one commencing in the near term.

Mr David Morton had been appointed to the YOJ’s Advisory Board team in May 2019. As per the release, Mr Morton is an experienced corporate banker having spent 40 years with Westpac and HSBC. The Board of the company believes that the Board and advisors would engage executive teams on discussions regarding strategy and growth while providing public market strategy and strong corporate governance. 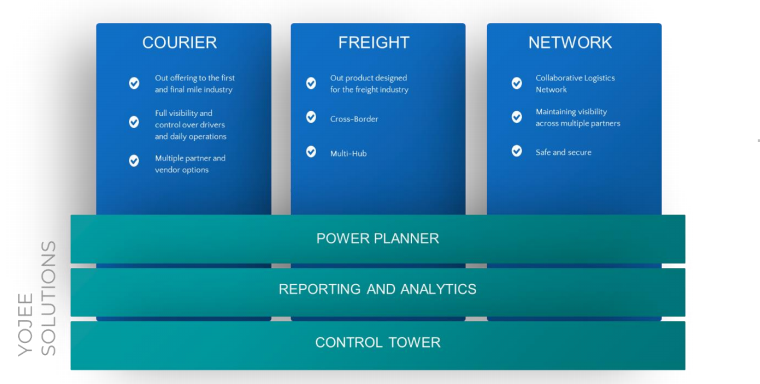 YOJ released the Quarterly Activities report & cash flows for the quarter ended 31 March 2019 in April 2019. It was reported that the company utilised $1.35 million of cash solely in the operating activities, receipts from the customers and other income were $188K, and the company also witnessed cash inflow from interest receipts, government grants and tax incentives and Other (GST Provision). As per the release, some notable outflows in the operating activities includes a cost of $649k for product manufacturing and operating costs, staff cost was $225k, and administration and corporate costs were $502k. Furthermore, YOJ’s expected cash outflow for the next quarter is $1.49 million.