Lebanese-born American essayist, scholar, statistician, and former option trader and risk analyst, Nassim Nicholas Taleb has done extensive work into problems of randomness, probability, and uncertainty while he is also the idiosyncratic mind behind books like The Black Swan, Fooled By Randomness and Antifragile. All can be considered as a by-product of his meditations on the nature of uncertainty and how we live in a world that we do not fully understand.

In his best-selling series The Black Swan, released in 2007, Taleb had famously predicted the 2008-09 financial crisis and in the same book, perhaps overlooked, was another prediction which can be understood from the following excerpt:

So, the novel 2019 coronavirus is actually a white swan, something that had to eventually take place with great certainty, as opposed to being a Black Swan, a metaphorical term coined by Nicholas Taleb, which means impacts of an event that came as a surprise to the society. This event is unprecedented at a particular point in time until it actually happens. 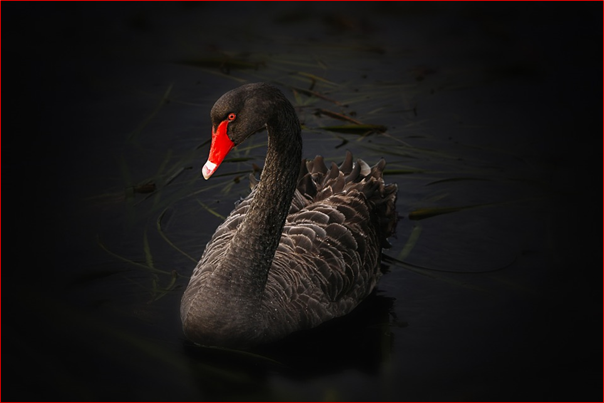 Taleb states that while the September 11 attacks on the United States were indeed a Black Swan event, there is no reason and excuse for the companies and governments to not have been prepared for COVID-19, the likelihood for which was quite high.

Taleb advocates that forecasting is a waste of time but preparation for anything is not. According to him, if an epidemic was predictable, a pandemic was most definitely avoidable had the governments proactively dealt with the warnings issued by the end of January 2020 by the World Health Organisation (WHO), except for a handful of governments that did closed travel from China upon hearing of the global health emergency.

As far as the investors and citizens in general are concerned, the scientific advisor has been emphasising on the importance of having catastrophe insurance, since the 2008-09 financial crisis, for events such as but not limited to earthquake, cyclone, severe storm, fire, floods and others, which ultimately result in a large number of claims and involves several insurers, which is exactly the scenario over the last 2 months across worldwide.

This implies that there are domains in society that are entirely dominated by unpredictability. For instance, medical discoveries.

More than a year ago, in an interview with Bloomberg, Taleb had captured how the world today is more fragile than ever, say in 2007, when the heart of the crisis was high debt. Well, he highlighted that there is a high level of debt even today in the corporate balance sheets as well as with governments. The symptoms remain the same today with the requirement to pay a high level of interests. Apart from nominal debt, there are hidden liabilities in any economic system, say student debt. Taleb has almost always been able to rightly point out the fragility of the global economic systems, detect risks and the market negligence if any.

Fast forwarding today in April 2020, the governments are feeling the urgency to bail-out large corporations facing liquidity bottlenecks as there are no cashflows amidst operational disruptions and implementation of social distancing measures across a range of businesses, particularly the airline companies. Several corporations have not had buffer cash to deal with contingencies such as the ongoing COVID-19 crisis. So, the ones who should be bailed out and protected, in Taleb’s perspective, are the citizens, the normal population.

This idiosyncratic mind quoted in an interview, “what could miraculously save the global economy is real growth, that is growth without debt, or some kind of inflation that would be smooth without causing price instability, which is obviously rare.”

So now, the question is, why should We listen to Taleb?

Well, it has recently been reported that a tail-risk hedge fund managed by Universa Investments of Miami was advised by Nassim Taleb and has returned 3,612% in March 2020, paying off extraordinarily for clients who had invested in it as a protection against a plunge in stock prices. “Tail risk” or “left-tail risk” refers to an investment's most extreme downside performance periods, which are those events considered as catastrophic, and tail-risk hedging does not require the more conventional investment strategies like diversification of assets or holding treasuries, gold or hedge funds.

Taleb’s advice may be effective, but it is unconventional. And most people in the market are driven by herd mentality and prefer the conventional over the effective. Since it is almost impossible to predict the timing of events such as COVID-19, what can really help anyone make money is a crash or thrive is what they do the rest of the time, which is hedge the left tail risk.

The bottom line is, Taleb insists the organisations become anti-fragile. Antifragility is beyond resilience or robustness. It is the capacity to improve under stress instead of being weakened. The resilient resists shocks and stays the same; but the antifragile gets better, as can be seen from the case of Universa Investments tail-risk fund, that has been able to achieve a higher pay-off amidst global financial and health crisis. Anti-fragile systems love randomness and uncertainty, both of which are unavoidable and increasing with a large number of market players. As per Taleb, only the companies that prepare and gain from stress will prevail, while the others that get hurt would eventually fall away.

How can companies become antifragile?

Larger a company grows more bureaucratic it becomes and thus loses the agility that is essential to wade through older and newer challenges that come about. Thus, it becomes imperative that companies take their strategies seriously and formulate it such a way that it can benefit from chaos, which is ironically the way of life for many businesses in general and more so in today’s COVID-19 times.

The idea of antifragility comes handy. Companies can include the notion of fragility and antifragility in their value creation strategy. Although, it is at the expense of short-term profit optimization that antifragility brings long-term benefits to an organization which can then stand accelerating changes in an economy.

Some ways to build an anti-fragile system:

Black swan events are unpredictable, but every such event opens a plethora of opportunity for those that are strategically ready to thrive under chaos. We can see how the COVID-19 pandemic has exposed our unpreparedness and it should be a wake-up call for organisations and decision makers to come back stronger and build organisations that are antifragile so that they can make hay when it rains.