Consumer staples are essential products, such as food, household goods, beverages, and hygiene products. Items like pharmaceutical drugs, alcohol and tobacco also come under consumer stables. These products are usually considered to be non-cyclical, implying that they are in demand throughout the year and impervious to business cycles (fluctuations in the economy).

Sometimes, the consumer staples sector is also termed as the consumer defensive sector. This sector includes businesses that are less sensitive to economic cycles. It is perhaps due to this characteristic that investors who are risk-averse and seeking consistent growth, solid dividend and low volatility are always looking to choose stocks in the consumer staples domain.

The dairy sector is among the most important agricultural industries in Australia, generating around A$13 billion across the complete supply chain. Directly, the sector employs approximately 39,000 people, including in production processes and on dairy farms. Some key facts about the Australian dairy market are

The S&P/ASX 200 Consumer Staples Index was trading at 12,597.5, down 0.44 per cent, while the benchmark index S&P/ASX 200 was also trading downward by 0.04 per cent to 6,747.0 on 24 September 2019 (AEST 12:02 PM) from its previous close. Let us discuss recent updates of few emerging players in the Australian dairy space, including Keytone Dairy Corporation Limited, The A2 Milk Company Limited and Bellamy's Australia Limited.

Keytone Dairy Corporation Limited (ASX: KTD) operates in the dairy product segment of the FMCG industry. The company is engaged in the manufacturing and supply of its own brands of high-quality dairy and nutritional powdered dairy products. The products of the company are manufactured under the brand names - KeyDairy®, FaceClear® and KeyHealth®. KTD also offers award-winning beauty products that are made available in multi-form packaging solutions, which comprise of nutrition sachet and jar products.

On 23 September 2019, the company updated the market regarding securing second order from Walmart China for delivering private label whole and skim milk powders to Sam’s Club

West, Inc. (China). The second order received by the company is higher in value as compared to the first order, which was announced to the market on 11 September 2019. The total value of these two orders from Walmart China is approximately NZ$1 million.

KTD Chief Executive Officer (CEO), Mr Danny Rotman, commented on the contracts, stating that the two orders from Walmart China in a short span of time validates the quality, product and manufacturing credentials of the company, as well as highlights the size of the Walmart China operation.

On 18 September 2019, KTD announced to have executed a binding agreement for strategically acquiring the assets, brands and businesses of 40Forst Pty Limited, which trades under the brand name of Super Cubes. It is an Australia-based lifestyle health and wellness brand.

Keystone would fund the acquisition via cash reserves and issue of equity with no capital raise needed. The transaction acquisition is a multiple of 1.4x FY21F EBITDA, and its completion is expected to occur in the short term, subject to the satisfaction of conditions precedent. The strategic acquisition would accelerate the growth of KTD in high value and high margin proprietary products.

According to another market update on 17 September 2019, the company’s wholly owned subsidiary, Omniblend Pty Ltd obtained ranging in EzyMart convenience stores for its proprietory functional lifestyle beverages, namely Tonik. EzyMart operates in Australia with over 200 stores across four states. 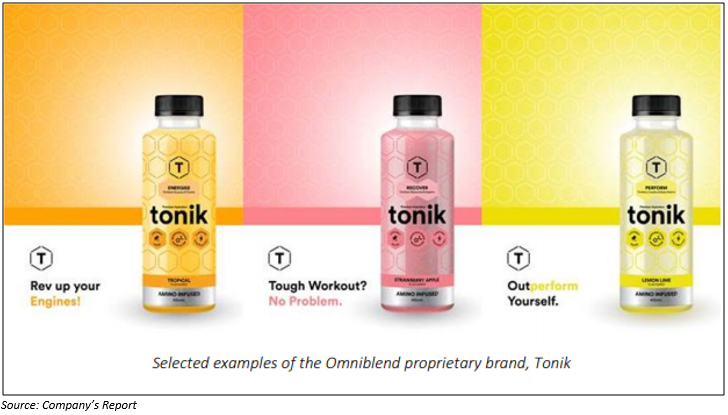 The A2 Milk Company Limited

The A2 Milk Company Limited (ASX: A2M), founded in New Zealand, is an infant formula company that targets to bring the A2 protein type in its branded milk. The company, offering nutritional products, serves markets including Australia, New Zealand, Greater China and the United States. 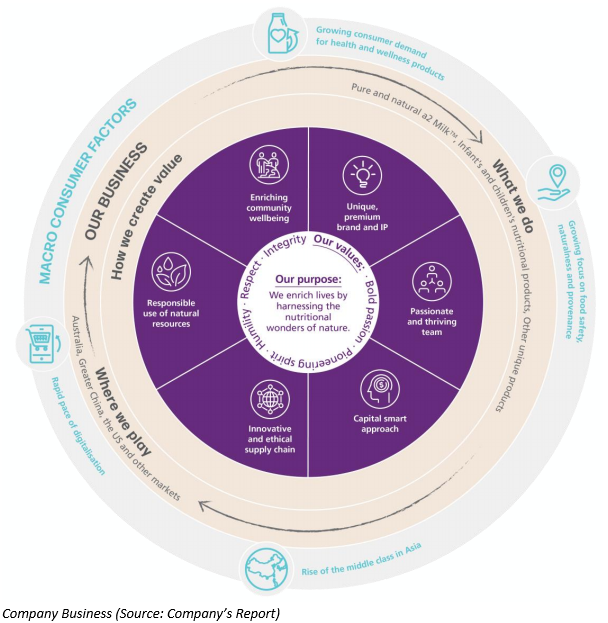 Meanwhile, on 17 September 2019, A2 Milk Company unveiled that UBS Group AG and its related bodies corporate ceased to be a substantial holder of the company. The number of shares held before and after ceasing is 37,009,432 and 36,509,870, respectively.

For the fiscal 2020, the company is expecting to register growth in revenue numbers across key regions, aided by growing brand and marketing activities in China and the United States. Additionally, A2M anticipates earnings before interest, tax, depreciation and amortisation (EBITDA) for FY2020 to be in line with the EBITDA margin of the second half of FY2019 of 28.2 per cent. Moreover, the FY2020 gross margin percentage is expected to be consistent with the last year.

Bellamy’s Australia Limited (ASX: BAL) is engaged in the sale, supply and distribution of organic food and formula products for kids and toddlers. Its products are made available in supermarkets, selected independent stores and selected pharmacies, as well as online platforms.

Recently, BAL unveiled changes to holdings in the company. Some of them are

Group revenue is anticipated to register an increase of 10-15 per cent year-on-year in FY2020, while group EBITDA in FY2020 is likely to be consistent with FY19. 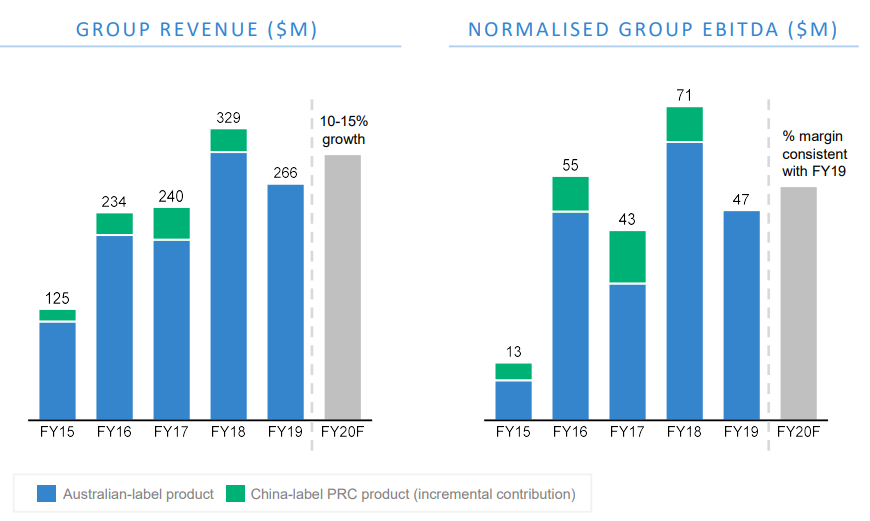 CLICK HERE FOR YOUR FREE REPORT!
Tags:
ASX: A2M bellamy's australia limited A2 Milk Company Limited ASX: BAL ASX: KTD Dairy Sector Keytone Dairy Corporation Limited
All pictures are copyright to their respective owner(s).Kalkinemedia.com does not claim ownership of any of the pictures displayed on this website unless stated otherwise. Some of the images used on this website are taken from the web and are believed to be in public domain. We have used reasonable efforts to accredit the source (public domain/CC0 status) to where it was found and indicated it below the image.