Cybersecurity a Top Priority in 2020: 3 Stocks to Consider

In general, the year 2019 has been decent for the cybersecurity industry as several cyber-attacks, cyber-thefts and data violations, along with effects of old breaches, kept the cyber stocks rallying throughout.

Here, we portray a broad-range picture based on probable trends, which are expected to shape the cybersecurity environment in 2020.

IoT Security: The ever-increasing number of connected devices among companies is likely to boost the need for effective checking and managing threats on a real-time basis. Recognition and avoidance of increased attacks are expected to gain more importance than device reporting and inventory, which have been the focus of IoT-technology providers so far. Nevertheless, the absence of end-to-end IoT-dedicated security service solutions is a potential headwind.

Rising Implementation of the Zero Trust Approach: As a higher number of enterprises are shifting their workloads, information, and data to the cloud, every point in the network is getting more susceptible to security breaches. Consequently, perimeter security is no longer enough to protect the business from safety failures. Summing up, the model pursues one rule, “Never Trust, Always Verify”.

Serverless Security: Rise of serverless computing technologies, such as AWS Lambda, are expected to push demand for safety solutions, which could avoid any breach that occurs due to heightened misconfigurations and security disparities.

Beginning of SASE Technology: SASE (secure access service edge) is one of the most promising evolving technology in enterprise networking. Acceptance of this technology is expected to be driven by a permanent architectural revolution of traditional data centre-centric networking and security to the cloud technology. The shift is aimed for improved catering to the existing mobile workforce while attaining higher acceptance for the same.

Data Infringements: Data infringements remain the biggest cybersecurity concern. Web application deficiencies are a prominent source of data violations. Therefore, making web application security a top priority for all enterprises as they enter 2020 is essential. Per media sources, cybercrime is expected to cost businesses worldwide by greater than $6 trillion annually within 2021.

Automation and Integration: Security specialists are compelled to do more with less. Consequently, integration and automation are becoming out to be vital throughout the board. By integrating security with agile processes, such as DevOps, organisations can successfully handle risk. 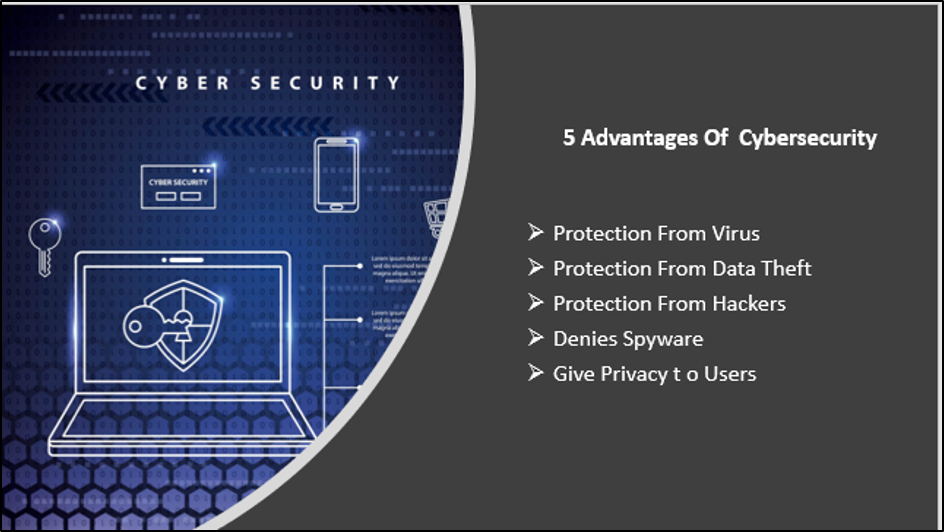 Enterprises have been dealing with the challenges of cybersecurity for a long time.

Cyberattacks are not only impacting organisations but also jeopardizing the nationwide safety of some countries. In 2019, the World Economic Forum’s ‘Regional Risks of Doing Business’ report identified cyber-attacks as the second major probability of doing business in Australia, behind “energy price shock”.

In all developed economies, the perceived risk was the second main concern or higher, and the number one concern in the US, UK and Germany. The US-Iran proxy war might now convert into a direct one in the digital field. US cybersecurity firms working with the Trump administration are informing numerous proofs of spear-phishing emails from Iranian hackers.

In order to comprehend the risks to worldwide businesses, we should ponder the changing face of these attacks, and that of cybersecurity.

Markedly, ransomware is the most lucrative malware. It afflicts a computer system to encode data, systems and files. Per media sources, ransomware is projected to have triggered worldwide damage worth $11.5 billion to businesses in 2019.

We are aware of how enterprises were affected in 2017 by the two back-to-back ransomware outbreaks — WannaCry in May and Petya in June.

Why Ransomware Security is Essential

An antivirus alone cannot offer security from a zero-day ransomware attack. On the back of rising amounts of ransomware attacks, vendors are now proposing defense methods and decryption tools to help ransomware sufferers.

Organisations are required largely to concentrate on protecting their business from insider malware, cyber-threats, phishing scams and vulnerable files & databases.

Artificial Intelligence (AI) is rapidly securing a broader footprint in the cybersecurity domain on the heels of the latest technological innovations and escalating security risks. AI’s ability and machine learning models are bolstering cybersecurity for industries which include financial services, healthcare and leisure.

According to media sources, the artificial intelligence in the cybersecurity market is estimated to be worth $38.2 billion by 2026, up from $8.8 billion in 2019. The highest CAGR for this market is expected to be 23.3% during the above-mentioned period, with North America accounting for the biggest share.

The growing implementation of IoT and the rising number of connected devices are mainly enhancing AI’s widespread implementation in the cybersecurity sphere. AI’s use is also being driven by growing cyber threats, data breaches and the susceptibility of wireless networks to security hazards.

We have hand-picked three stocks for you that stand to gain from the above-mentioned trend.

Whitehawk Limited is engaged in offering solutions linked to cyber risk advisory services. The company manages via internet-based cybersecurity marketplace where customers can take advice on their cybersecurity requirements and be paired to vendor products.

Key Operating Highlights for Q3FY19: According to the update, the company is engaged in the development of a stable program with leading twelve defence industrial base company. This creates a subscription supply chain of 150 Vendors on an annualised basis and totals over US$500,000.

As per the market update, the company is seeking to implement the third phase of Cyber Risk Management contract joining forces with the top 10 financial institutions. The company has included 26 additional vendors in the path of activity. The company reported receivables collection of US$394,000 during the third quarter of fiscal 2019. The company exited the quarter with a cash balance of US$1.78 million. Cash used in operating activities for the quarter came in at $0.177 million.

Outlook: The company expects to focus on boosting execution on three existing US government CIO contracts during the fourth quarter and throughout 2020. The company anticipates maturing current 360 Cyber Risk Framework proposal conversations with Defense Industrial Base companies and aims to provide one or two new contracts during the fourth quarter.

Senetas Corporation Limited is engaged in the development of network data encryption solutions.

FY19 Key Highlights for the Period Ended 30 June 2019: The company reported revenue of $21.3 million in FY19, an increase of 12.3% on a year over year basis. The company witnessed growth in both maintenance and sales revenue, mostly in Europe. Revenue from Thales soared 15.8% on a yearly basis. In FY19, the company authenticated Thales as the sole worldwide distribution partner after its Gemalto acquisition.

Recurring maintenance revenue in FY19 contributes approximately 40% of the total revenue. The company reported operating profit before tax of $3.86 million (excluding the impairment to the investment in Smart Antenna Technologies & share of Votiro loss). Net loss after tax during the period stood at $0.46 million, down from $1.955 million reported in the year-ago period. Gross margin in FY19 came in at 78%, as compared to 81% reported in FY18. The company existed FY19 with a cash balance of $17.86 million and zero debt.

Outlook: The company remains on track for innovation of its existing products suite with transport layer independence and virtual technologies and numerous other revenue prospects.

Prophecy International Holdings Limited is involved in the development, designing, and marketing of computer software services and applications targeted at the global corporate marketplace.

1H FY20 Operational Highlights: The company recently declared its 1HFY20 financial results, wherein the company reported revenue growth of approximately 20% as compared to the corresponding period last year. Per the preliminary results, the company expects the first half of the sales revenue to be roughly $7.31 million as compared to $6.12 million in the first half of previous year. The company continues to be no debt, with cash balance amounting to more than $4 million at the end of the half.

During the period the company added 45 new eMite customers. In the first half of FY20, the company reported new business Snare sales of $4.010 million, up 39.3% as compared to the corresponding period last year.

Prophecy International Holdings has a market cap of $35.85 million with ~64.01 million outstanding shares. The company’s stock closed at $0.600, up by ~7.143% relative to the previous close.