Cryptocurrency is a digital or virtual currency that can be bought, sold and transferred securely using cryptography. Its security feature prevents it from being counterfeited. Cryptography protects and encrypts the data, that is used for identification and tracking of cryptocurrency transactions. This currency exists exclusively in the internet. A defining feature of a cryptocurrency is that it is not issued or handled by an authorized third party like government or a bank.

The first blockchain-based cryptocurrency created in January 2009 was Bitcoin. Operated by a decentralized authority and having no physical existence, Bitcoin offers lower transaction fees than traditional online payment mechanisms. After the launch of Bitcoin, many other cryptocurrencies with various functions or specifications were created. However, Bitcoin still charts high on popularity and valuation.

Let us have a look at some of the other most important Cryptocurrencies besides Bitcoin:

Another type of Crypto that helps smart contracts interact with real-world data is Chainlink (LINK). It is a decentralized oracle middleware project, that offers reliable forgery-proof inputs and outputs for tricky smart contracts on any kind of blockchain.

A brief description of these exchanges is given below:

Centralized Cryptocurrency Exchanges (CEX) - It plays the role of a middleman and works similar to the traditional stock exchanges. However, vulnerability to hacks is one of the major issues with centralized cryptocurrency exchanges. The exchanges under this segment include Coinbase, Bitterex, Kraken, Robinhood, Gemini, Binance, Huobi, KuCoin and Bitfinex.

Decentralized Cryptocurrency Exchanges (DEX) â Under this type of exchange, the middleman to hold oneâs funds does not exist. The exchange facilitates peer-to-peer trades as here; the transactions are processed directly between the buyers and sellers. Some of the popular decentralized cryptocurrency exchanges are Stellar DEX, Bisq DEX, Waves DEX and IDEX.

From trading merely at $327 five years ago to surpassing the $8,000 mark currently, there has been a huge increase in Bitcoinâs price over the years. Bitcoin has passed through several troughs and crests in these years with one of the biggest setback witnessed in â2018 Cryptocurrency Crashâ. The total value of all the worldâs cryptocurrencies dropped to approximately $130 billion by December 2018 end from ~$600 billion recorded by the end of 2017.

In May 2019, the price of the bitcoin touched a new high of $8,000, which was the highest mark achieved by the cryptocurrency since December 2018. Few days after touching $8,000 level, the bitcoinâs price traded near $9,000 mark due to a rise in acceptance of the digital currency as a mean for the financial transaction.

Some of the companies listed on the Australian Stock Exchange have significant exposure to the crypto sector. Let us have a look at these ASX-listed companies in detail:

A global tech venture investment and development firm, Fatfish Blockchain Limited (ASX: FFG) has been investing strategically across diverse sectors of fintech, blockchain and consumer internet technologies. The company is engaged in building and growing tech businesses via a co-entrepreneurship model. It works from its international venture hubs situated in Kuala Lumpur, Stockholm and Singapore. 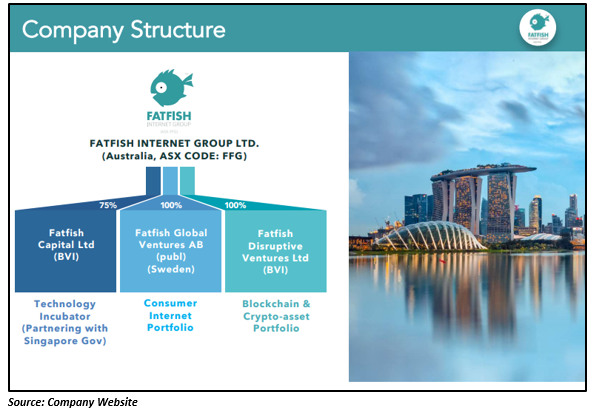 On 14th May 2019, the company provided an update on its 51 owned blockchain mining investee company, Minerium Technology Ltd. The company declared that there has been a positive impact on the operating environment for Minerium with the recent increase in the global market prices of cryptocurrencies.

The proposed IPO of Minerium at the London Stock Exchange was postponed on 12th March 2019 in view of the uncertain market sentiment in cryptocurrency, as informed by FFG.

The Swedish subsidiary of FFG, Fatfish Global Ventures AB completed the acquisition of Snaefell AB on 27th February 2019. This led to the dilution of the FFGâs shareholding in FGV to approximately 81 percent. The company also received a 1 million US dollars investment from a strategic investor, Explosive Growth Limited on 24th January 2019 for the 33 percent of the enlarged capital of Epsilon Capital.

The stock of the company closed flat at AUD 0.013 today (on 13 June 2019). Around 280,000 number of companyâs shares were in trade today. The stock performance has not been up to the mark in past months. It has delivered a negative return on a YTD basis of 18.75 percent.

A US-focused fintech company, Change Financial Limited (ASX: CCA) is engaged in the development of innovative and scalable payments technology, to offer solutions for various financial institutions and businesses. 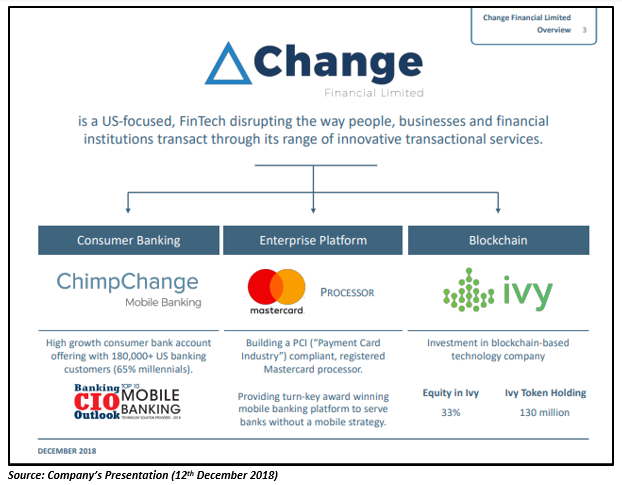 On 28th Feb 2019, the company released its half-year Financial Report for the period ended 31 December 2018. The company reported a total comprehensive loss for the period of US$4.3 million during the period. The loss was comparatively less than the one reported in the prior corresponding period of US$5.3 million. However, the companyâs revenue improved from US$428,891 in pcp to 507,513 in the half- year ending 31st December 2018.

The companyâs stock ended up lower on the Australian Stock Exchange today (on 13 June 2019) at AUD 0.043, down by 2.273 percent relative to the last close. The market cap of the stock was recorded at AUD 4.35m at the time of writing the report. The stock has performed unsatisfactorily in the previous months, generating a negative return of 21.14 per cent on a YTD basis. 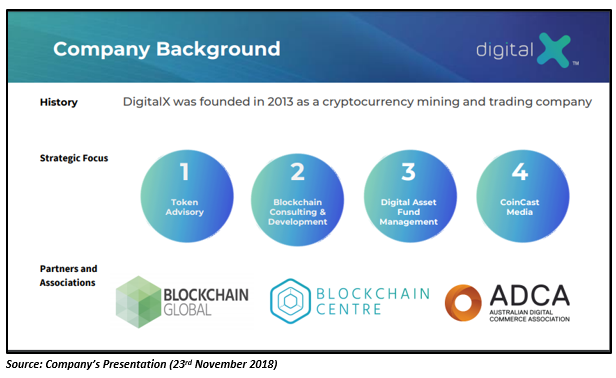 Recently, the Companyâs Share Purchase Plan had closed oversubscribed with a total of A$2,460,000 raised in SPP and Top Up Placement. The funds raised were to be used for the general working capital, evaluation of potential investment and acceleration opportunities, as informed by the company.

In the March quarter 2019, the company delivered smart contracting services to a Singapore-based firm, Bullion Asset Management (BAM) for the launch of XGold stablecoin. The company secured an additional funding post quarter end to promote the evaluation of potential investment, and for its development as a management leader in stablecoin market.

The company released its interim financial report for the period ended 31 December 2018 on 28th February 2019. The companyâs financial results were not so appealing, as it reported a drop of 78 percent in its revenue from ordinary activities at US$764,955 in comparison to the financial period ending 31st Dec 2017. Along with this, the company reported a âloss from ordinary activities after tax attributable to membersâ of around US$3.9 million during the period.

The companyâs stock ended flat at AUD 0.057 today (on 13 June 2019), with 955,365 number of shares in trade. The stock of the company fluctuated between a high and low value of AUD 0.058 and AUD 0.055, respectively during the intraday session. The stockâs 52-week high value was recorded at AUD 0.185 at the time of writing the report. The stockâs performance has been quite well in the past as it has generated a YTD return of 9.62 percent.