What led to the Speculative Buy?

How Is Crude Oil Currently Behaving?

Crude oil prices again returned to the normative movement after crude figures unfolded in the international market, and the market participants further anticipated an increase of 0.5 million barrels in the existing crude oil inventory (excluding SPR) in the United States, which in turn is now exerting pressure on the crude oil prices. Apart from an increase in inventory, the market is also discounting the crude oil prices over the gloomy economic conditions around the globe, which has not shown any prominent recovery. As per the data, the Advance GDP q/q for the United States stood at 1.6 per cent against the previous quarter level of 2.0 per cent. The initial indication of the deteriorating economic conditions coupled with the expectation of an inventory build-up in the present week exerted pressure on the crude oil prices. The market anticipates the U.S. domestic inventory to replenish amid a slight decline in the refinery inputs and high domestic production of crude oil in the United States. 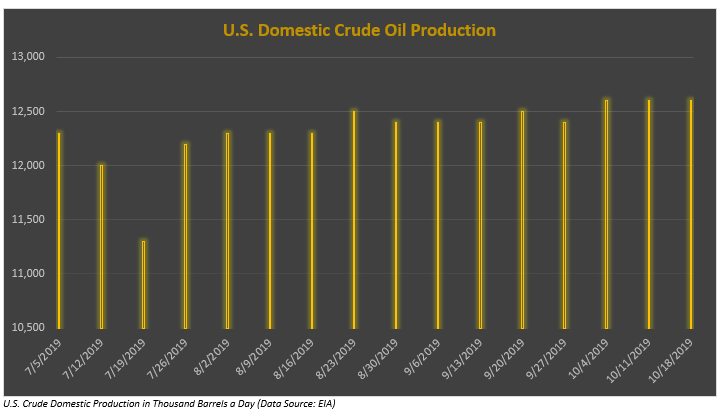 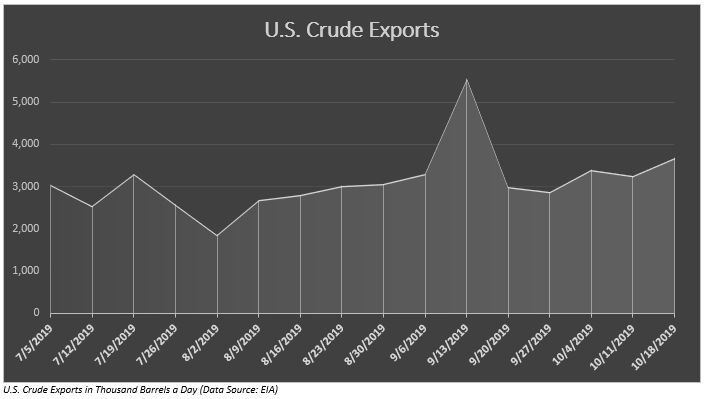 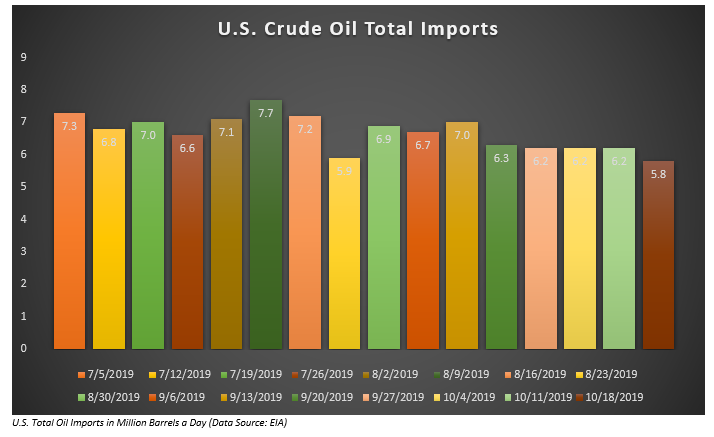 In a nutshell, the crude oil prices witnessed a speculative jump in the international market; however, the fundamentals of oil along with the weaker economic data is now unfolding and exerting pressure on the oil prices in the global market.

LCO Daily Chart (Source: Thomson Reuters) On following the daily chart, we can observe that the oil prices are currently trading below the 200-day exponential moving average; however, the prices are still hovering above the 50-day exponential moving average, which could act an immediate support for the crude oil prices. The 21-day EMA, which is at USD 60.85, is in sync with the 14-day Relative Strength Index, which is at 54.24 and above the mean value. The immediate support of USD 60.85 and the RSI value of 54.24 (slightly above the mean) could instigate buyers’ interest if the fundamentals slightly improve in the global market.

LCO Daily Chart (Ichimoku Study) (Source: Thomson Reuters) After applying the Ichimoku study, we can notice, that the oil prices are currently trading above the Span A (mean of the conversion and the base line), and the Span A could provide support to the crude oil prices. The spread between Span A and Span B (mean of 52 days high and low) is widening, which suggests the downtrend is currently strong; however, the conversion line (dark blue), which is the mean of 9 days high and low is trying to cross the base line (mean of 26 days high and lows) from below, and if that happens, crude could see a short-term recovery. If the crossover takes place, it could support the prices; however, the strength of the crossover would be considered as weak as the crossover is taking place below Span A. On the upward side, the 200-day exponential moving average would serve as a primary resistance for the crude oil prices.