In this article, we will be looking at four consumer discretionary stocks and their updates:

The company recently announced that Regal Funds Management Pty Ltd has become a substantial holder in the company on 11th November 2019 with a voting power of 5.72%.

PointsBet through a release dated 28th October 2019 announced a capital raising amounting to $122.1 million, which comprises an institutional placement to raise A$60 million as well as 1 in lieu of 6 accelerated pro rata renounceable entitlement offer with retail entitlements trading to raise an amount of $62.1 million.

Kogan.com Limited (ASX: KGN) is an online retail company, with a portfolio which is a blend of retail and services business.

A Look at First Quarter of Financial Year 2020 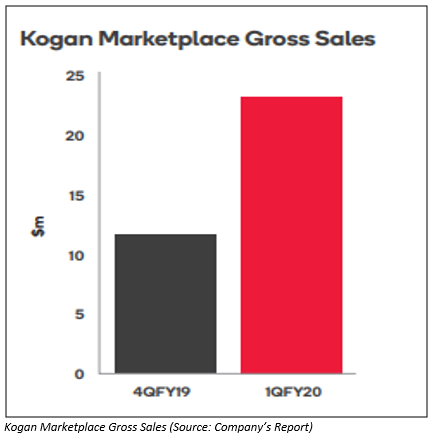 Redcape Hotel Group (ASX: RDC) is an owner and operator of pubs and hotels in the Australian region. The company through a release dated 31 October 2019 addressed the market and outlined the following:

The following picture provides an idea of key dates for the interim distribution:

The Chairman of ALG, Gary Weiss addressed the shareholders at 2019 Annual General Meeting conducted on 13 November 2019 and outlined the following: