An Initial Public Offering (IPO) is a process in which a private company offers its shares to the public through stock issuance. An IPO is the best way for a company to raise a substantial amount of capital to expand its operations. The funds raised through an IPO can also be used to pay debts. Also, going public helps a company in lowering its cost of capital while the owners get an option to cash in by selling their respective stakes in the company.

Cannabis, also known as marijuana, weed, and hash, among others, is a widely used drug for both recreational as well as medical uses.

As a medicine, cannabis is used as a treatment for indications such as nausea, chronic pain, anorexia and muscle spasticity among others.

Cannabis has been in use for centuries for medical treatment, recreational purpose, seed and seed oils, and hemp.

A significant relaxation in the restrictions on research and distribution of medicinal cannabis has led to a boom in the global cannabis industry. As many as 51 countries have legalised the use of cannabis for medical purpose while 31 have legalised it for both medical and recreational purposes.

While the cannabis stocks have seen a significant downturn recently, the easing of norms in geographies across the globe, coupled with the ever-expanding use of medicinal cannabis is likely to attract substantial investments in the future.

The outlook for the global cannabis industry is optimistic with some believing the market could exceed $150 billion by the end of the next decade.

Australia, with a substantial increase in the uptake of cannabinoid-based medicines and with a stock market that is open to foreign investments, has become one of the fastest growing cannabis markets globally.

The Australian government approved the export of marijuana in 2018, which provides the Australian companies access to the global markets. The Australian stock exchange ASX has witnessed a rise in public offers/listings of companies in the medicinal cannabis space. Emerald Clinics (discussed in detail in the article) and Cronos Australia recently launched their respective IPOs while CannVaLate and CDA Health have plans to launch an IPO as early as next year. In 2018, Elixinol Global Limited (ASX: EXL) and Althea Group Holding Limited (ASX: AGH) got listed on the ASX in January and September respectively.

Founded in 2018, Emerald Clinics is a health care tech and clinical services entity headquartered in Perth, Australia. The company, through its Care Model and Data Platform, enhances real-world evidence (RWE) generation, which aids in exploring the best use of treatments for patients.

Emerald Clinics focuses on offering care for patients who can’t benefit from the conventional therapies and for whom cannabinoid-based medicines could be suitable. The company captures clinical data used for generating clinical evidence with respect to the safety and efficacy profiles of the medicines. Emerald Clinics operates four clinics Perth, Melbourne, Sydney and Tintenbar. The company aims to expand further in the coming years. 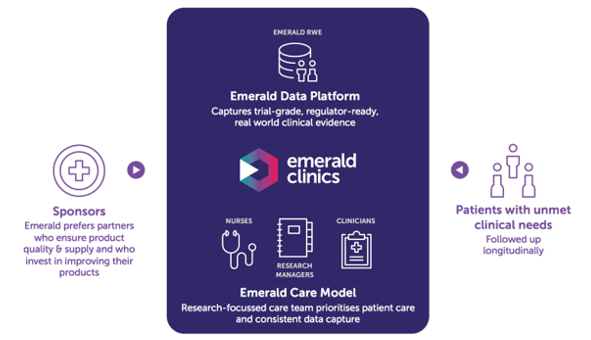 On 11 December 2019, Emerald Clinics launched an IPO to raise between $6 million to $8 million. The company lodged a prospectus with ASIC with respect to the offer of ~40 million fully paid shares priced at $0.2 per share (issue price). The lead manager for the IPO was PAC Partners.

The proceeds raised from the IPO will aid the company in:

The company anticipates 7 February 2020 as the date for quotation on the ASX.

On 11 November 2019, Spectrum Therapeutics, a subsidiary of Canopy Growth Corporation, announced that it has partnered with Emerald Clinics for the collection of real-world data on efficacy and safety of its medical cannabis products.

As part of the agreement, Emerald Clinics will capture clinical outcome data for approximately 500 patients who were prescribed medicines from Spectrum Therapeutics in Australia for the entire treatment duration.