The aviation industry is a significant contributor towards the global emissions, and the Australian government and individual flight operators such as Qantas Airways Limited (ASX: QAN) are taking measures to minimise the overall carbon footprints of the Australian airlines’ industry.

While the carbon footprints of the aviation industry accounts for about 3 per cent of the overall emission in Australia amid its operational activities, the industry experts anticipate the airlines operational activities to further thrive in terms of business, trade and tourism over the coming years, which particularly diverts the attention of the global investors toward the sustainability of the airlines industry.

The global stance to minimise the carbon footprints in accordance with the Accord de Paris has somewhat linked the long-term sustainability with the emission profiling, and many Australian big names such as Rio Tinto (ASX: RIO), BHP Group Limited (ASX: BHP), Origin Energy Limited (ASX: ORG) are working to attain net-zero emissions.

To know more about How these Companies are Working Towards the Long-term Sustainability, Do Read: Origin Energy Joins the Cause of Reducing Carbon Footprints, and we would further encourage you to read the links provided in the above-linked article, to get well-acquainted with the impact of emissions profile on the long-term sustainability.

Now that you are well-acquainted with the impact and importance of carbon emissions let us now churn some data, facts, and figures to further emphasise on the

How Are Emissions Classified in the Airlines Industry? 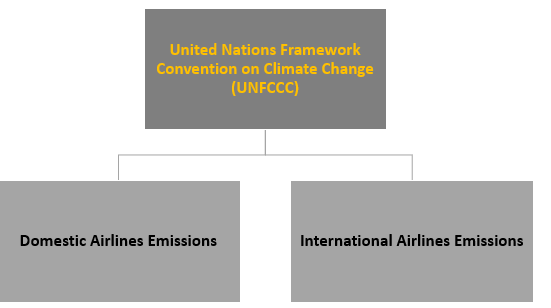 Criteria used by the Australian authorities to assess the Carbon emissions from the aviation sector are as below:

In order to work in line with the action plan, the Australian government uses different criteria to define the domestic and international aviation as compared to the ICAO definition. 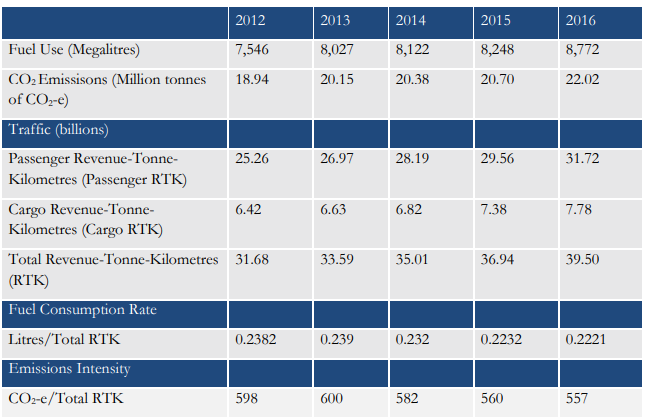 Annual Results of Operations from 2012-16 (Source: Department of Infrastructure and Regional Development)

In 2012, Australia implemented the first Action Plan, despite that the aviation industry witnessed a 16.3 per cent increase in fuel use and emissions, at an annual rate of 3.3 per cent till 2016.

However, the total RTK surged by 24.7 per cent from the level of 31.68 billion in 2012 to 39.50 billion in 2016 with an average annual increase of 4.9 per cent, which in turn, suggested improved fuel efficiency by indicating that more passengers and cargo were transported as compared to the fuel used in 2016 against 2012.

The fuel consumption rates, and emission intensity decreased by an average annual rate of 1.4 per cent, which further remained in line with the ICAO’s goal of a two per cent increase in fuel efficiency per annum. 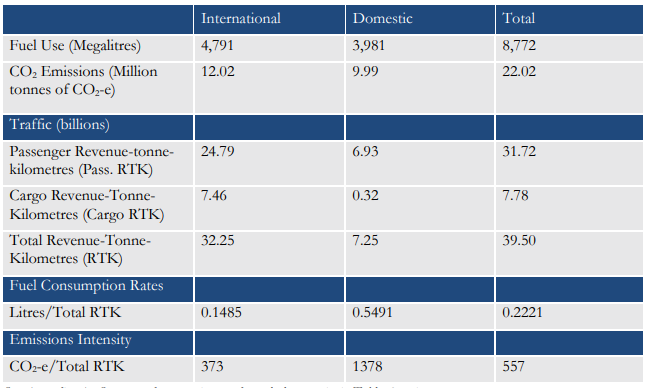 Annual Results of Operations from 2016 (Source: Department of Infrastructure and Regional Development)

The International Civil Aviation Organization has been adopting and implementing practical measures to reduce the carbon footprints to net-zero by 2020.

Australia is an active participant in the ICAO’s work which aims at the development of multilateral and comprehensive management of the carbon emissions caused by the international flight operations, and the nation takes a “Direct Action” approach to reduce the GHG emissions.

Australia has taken many measures to promote the carbon neutrality, and the centre of attraction for these measures remain the Emission Reduction Fund and its Safeguard Mechanism.

To Know More About the Polices, Do Read: Australian Government Policies and Programs To Attain A Net-Zero Carbon Emission

While the government is trying to play its role in the task of attaining the carbon neutrality, the airlines’ operator- Qantas is adopting measures to walk shoulder-to-shoulder with the government and the international agencies.

As a substantial consumer of fossil fuels, the company holds the responsibility to reduce the carbon footprints along the operational chain.

The company monitors the environmental performance and risks and report them across all the levels of the group and is engaged in the work of attaining a better fuel efficiency.

Qantas developed the FlightPulse iPad application, which delivers individualised fuel use data to the pilots, which allows them to adopt better practices to achieve fuel efficiency.

The absolute emissions of the company increase in 2016-17 amid more flying; however, the company saved 30.2 million litres of fuel and is on track to attain its target of 1.5 per cent per annum average increase in fuel efficiency by 2020.

The introduction of the Boeing 787-9 Dreamliner in the international fleet during the period of 2016-17 is among the many other solutions adopted by the company to increase fuel efficiency and achieve fewer carbon emissions.

The environmental performance achieved by the group is as below: 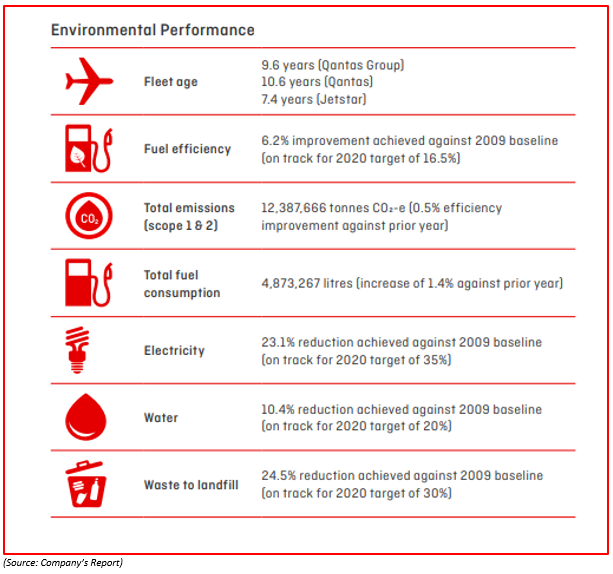 To Summarise, the Australia government is supporting the work of ICAO and is adopting measures to curb the domestic as well as the international emissions via achieving higher fuel efficiency. Also, the government has put forward policies to attain net-zero emissions. While the government is taking actions, Qantas Airways is also stepping forward for the cause.