An Overview of the Lithium market

Updates of Lithium oversupply is trending but their remains ambiguity over the current and future supply of the battery-grade nickel product supply. With the introduction of high energy density Lithium battery packs to fuel long-range electric vehicles, higher adoption rates for electric vehicles is expected in the upcoming decade. Also, the battery pack and car manufacturers in 2019 formed offtake agreements with their mining counterparts to ensure uninterrupted supply of Lithium in future. Australian miner Altura Mining signed an offtake agreement with the Guangdong Weihua Corporation which produces lithium-based chemicals.

The impact of the supply glut would depend on the type of the lithium product, location and the ramp-up of the refineries.

Spodumene concentrate which is the precursor to the Lithium Hydroxide chemical is facing oversupply in the short term but is expected to stabilize in the longer period. The prices for the Spodumene concentrate depends on the lithium concentrate grade and the market geography. A sharp ramp down in supply is expected in Spodumene, which might help in easing the downward price pressure over the short-term. Also, major concerns related to the lithium grades in Spodumene needs to be addressed by lithium producers for better pricing of the product.

Major Battery grade lithium products are either Lithium Carbonates or Lithium Hydroxides. The price of the battery-grade lithium carbonate also fell to almost USD 7,700 a tonne from the USD 12,000 a tonne in less than a year, which underpins a price depreciation of ~35.84%. The pricing of battery-grade Lithium Hydroxides followed a similar trend as the Carbonates with average prices (from USD 15,000 a tonne to USD 8,100 in China and USD 12,000 (in South Korea and Europe) varying heavily between geographies. Realizing the differences in prices for the same product, many producers switched to newer markets over the years. 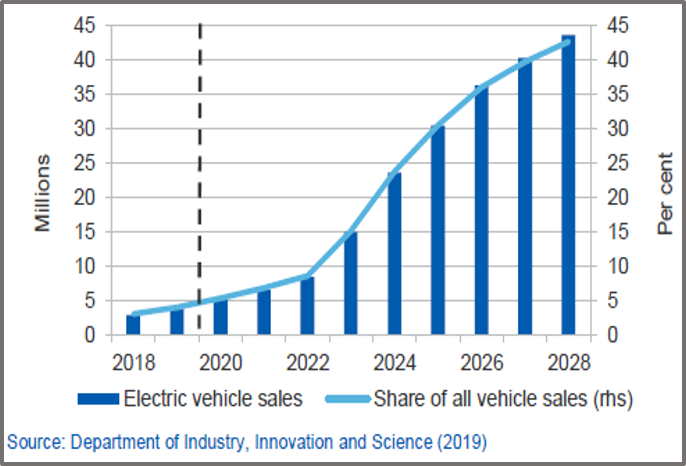 China leads the world in electric vehicles sales and is already an established centre for lithium globally. Electric Vehicle projections are quite optimistic, which if achieved would increase the lithium demand by leaps and bounds. The electric vehicle makers are competing with a conventional internal combustion engine-powered vehicle, at prices affordable enough to expand to the mid-segment cars from the current high-end vehicle segment.

Developing economies such as India have launched programs to achieve ambitious EV market share by offering subsidies and by the introduction of two-wheeler EV market which accounts for more than half of the Indian automobile market. China remains the priority location of the EV manufacturers, with both Tesla and Volkswagen setting up their operations. The recycle of lithium from the used-up battery packs are expected to start increasing and become significant in the next 4-5 years. So, a stable good quantity of supply can also be expected from the recycled lithium in future.

The global lithium production is estimated at 470,000 tonnes in 2019, an 18% annual increase. The estimates for 2021 is 489,000 tonnes in 2021, riding on the expansions of spodumene and hard rock in Australia, Canada or Brazil. A few spodumene producers from Western Australia have already cut their production. There have also been issues with brine production over protests due to water consumption in Salar de Atacama.

Suggested Read: Australia Vs Chile- A Race for the Lithium Crown

Market leaders such as SQM remain optimistic on the future demand and are scaling up their operations. SQM’s large scale projects include-

Albemarle, another major producer is also constructing a refinery at Kemerton. Rio Tinto Limited (ASX: RIO) plans to go forward with the plans to conduct metallurgical tests at its Boron mine in the United States. Major mining companies are also investing in recovering lithium efficiently which might not help them in the short span but would lead to the advancement of lithium processing technologies in future.

Why is the market bottoming out?

After reaching the 5-year low prices in early 2016 and recovering for the rest of the year. The miners started investing in the development of the new assets due to which significant additions to the supply of spodumene concentrate product occurred in 2017 and early 2018. The new entrants led to the supply glut in the market and flooded the excess supply in the market to which the demand could not keep up, leading to the fall in the lithium prices since 2018.

With a few operations put on care and maintenance and shelving of the upcoming projects due to unfavorable market conditions and huge financial burden on the miners. The constricting supply with the downward pressure on the lithium prices led to another inflection point on the commodity curve. The lithium players intend to increase the supply in future with higher lithium grade spodumene concentrates with higher lithium metallurgical recoveries.

Here are the two major lithium stocks listed on ASX-

Orocobre (ASX:ORE) is a low-cost high margin mining and chemical producer which owns the flagship Olaroz Lithium Facility in Australia and the Borax operations in Argentina. The company sold 12,080 tonnes of Lithium Carbonate, a high-value product at an average Freight on Board (FOB price) of USD 10,322 per tonne of Lithium. The company is working on maximizing the proportion of battery-grade products from its operations.

Suggested Read: What’s up with Orocobre?

The company remains committed to the stage 1 & 2 expansions of the Olaroz lithium facility and the commencement of Naraha Lithium Hydroxide plant to maximize the production of high-value lithium products. The share prices of Orocobre closed at $3.40 a share on 10 January 2020 with a market capitalization of $890.16 Million. 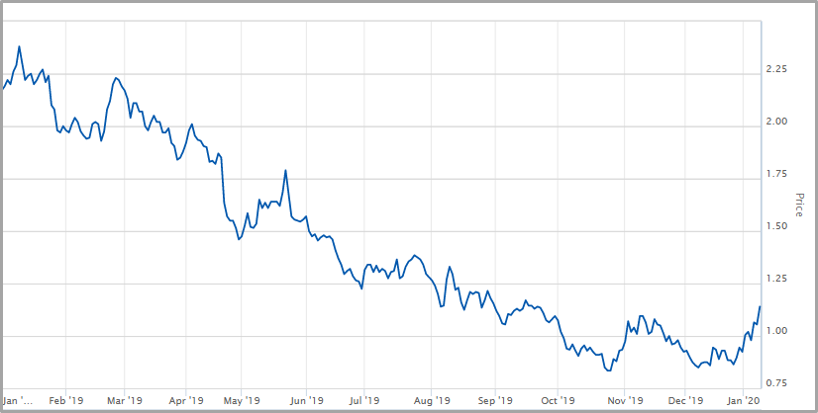 Galaxy Resources (ASX:GXY) is a lithium exploration and development company which hard rock and brine assets across geographies. The company plans to develop the Sal de Vida project in Argentina situated in the lithium triangle which covers lithium rich portions on the intersection of Chile, Bolivia and Argentina. The company also owns Mt Catlin operations in Australia and James Bay property in Canada.