An Investor’s Guide To Blockchain Stocks – 3 Stocks In Focus

Blockchain refers to a set of data managed by computers which are not owned by any entity. Each of the blocks of data are secured to the other using cryptographic principles. The information available on a blockchain network is open for anyone to see.

Transactions over a blockchain network simply comprise of information exchange between two parties through verification by million of computers around the internet. The transaction is initiated by one party, representing the ‘block’ of information, which is verified by multiple computers and then added to a ‘chain’ for the end users.

Considering the above framework, transacting through blockchain technology comes with a hoard of benefits:

Reffind Limited is engaged in the development of cloud-based Software as a Service products, enabling subscribed companies to communicate with their employees in an innovative and effective manner.

Considering its significant shareholding in Loyyal Corporation, the company recently notified that Loyyal has received the clearance from Emirates Airways PR and Legal for announcement on its successful working relationship and production integration with Emirates Skyward’s new partner infrastructure.

In another announcement, the company updated that Declan Jarett, who is currently serving as a Non-executive Director of the company, has been appointed as the Company Secretary in place of the current CS, Sonu Cheema.

The company invested a total amount of US$2.3 million in Loyyal Corporation, on 24 January 2018. US$1.5 million was invested via Series A-3 preferred shares giving the company 4,670,714 shares or an equity interest of 9.38% on Loyyal on a fully diluted basis. The remainder of US$8.0 million was invested in the form of convertible notes with interest charged at the rate of 2.5% per annum. The notes are convertible into Series A-3 preferred shares on 24 January 2020.

The RFN stock generated returns of 12.50% over the past month. On 18 October 2019, the stock quoted $0.005, reporting no change on the previous trading price and has a market capitalisation of $2.56 million. 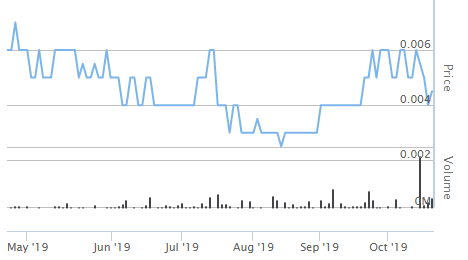 Fatfish Blockchain Limited partners with entrepreneurs and help them build their internet ventures through co-entrepreneurship. The company supports its partner firm with funding and corporate resources required for the growth of internet businesses. 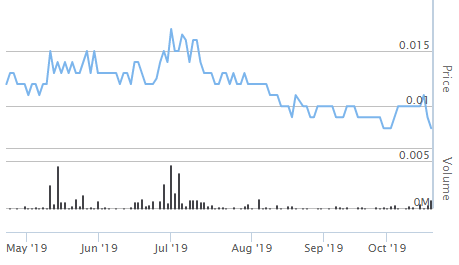 Australia-based product lifecycle, supply chain integrity and asset tracking blockchain technology company, Security Matters Limited (ASX: SMX) has started with the commercialisation of its unique, patented technology that uses a hidden chemical-based ‘barcode’ to permanently and irrevocably ‘mark’ any object, be it solid, liquid or gas.

The barcode can be read through the company’s unique ‘reader’ to access the corresponding stored data, recorded and protected using blockchain technology. 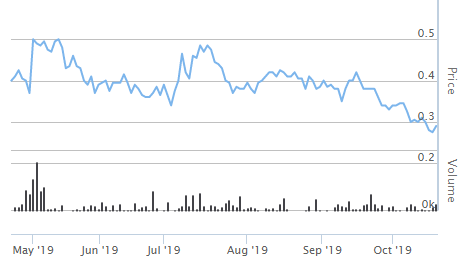