The world has seen quality of air deteriorating and amount of pollution levels significantly rising over the last two decades due to burning of fossil fuels in industries and households along with rising number of vehicles on roads. The menace of air pollution, which is also one of the key causes of global warming, has actually been a pressing concern amongst environmentalists, state leaders and common population alike. 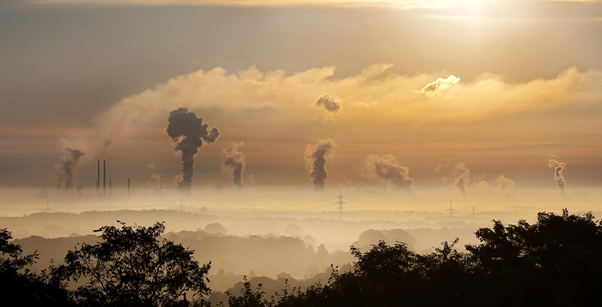 Image by Foto-Rabe from Pixabay

However, in a recent turn of events, the lockdowns imposed in each and every country to contain the spread of the coronavirus pandemic (Covid-19) and subsequent shutting down of factories and roads, resulted in several cities across the world recording good to satisfactory level of Air Quality Index. Clearly, the global response to Covid-19 has had CO2 emissions spiralling downward but at the expense of citizens living in quarantine and financial markets experiencing a major slowdown, rather free fall.

Could it mean that Covid-19 has paved way for a greener future or is it too ideal a scenario to assume lasting positive impacts. While that remains debatable, it is no wonder that Covid-19 reflects that there may be more planetary crisis in store and the current economic and containment models may not be able to sustain future shocks which may have to be addressed by the environmentalists, related organisations and the governments. Perhaps it is a wake-up call to incorporate higher levels of sustainability in every area and revamp economic models globally to be prepared ahead of other probable future disturbances that are outside the control of mankind.

The Case of China

In the first quarter of 2020, China, the epicentre of Covid-19, reported high improvements in the air quality as industrial activity declined and transportation was at a standstill. According to Ministry of Ecology and Environment of People’s Republic of China, the number of blue-sky days increased by 6.6% in the first quarter, as against 3.3 % which was the country’s target for 2016-2020, an unimaginable figure.

The monthly average of particulate matter emissions dropped more than a third in Wuhan (the birthplace of Covid-19) while Shanghai also recorded nearly 20% decline in emissions during the first quarter. Even the ground station metrics from Wuhan have demonstrated how certain harmful pollutants including nitrogen dioxide were at record lows during the beginning of the year.

The overall improvement in China’s air quality is not only due to the contraction in industrial pollution but also due to the country’s concerted efforts to bring down pollution levels in the last six years. China is also presently working on an anti-smog campaign aimed at targeting reduction in ground level ozone pollution, being increasingly as a rising health risk caused by vehicle emissions and sunlight.

However, the recent improvements in air quality may not be long lasting as Helsinki-based Centre for Research on Energy and Clean Air (CREA) has recently reported that the China’s recovery from the COVID-19 crisis and resumption of industrial activity is actually reversing air quality gains.

Across rest of the Asia as well, as countries have begun to reboot their economies and certain industrial activity intensive sectors are desperate to kickstart operations, pollutions levels seem to be rebounding.

In Europe, cities like Milan, London and Brussels are all introducing new environment friendly policies. For example, the city of Milan is planning to revamp its old transport system, put a ban on vehicular traffic, open the roads to pedestrians and cyclists, as well as encourage people to choose bikes over cars as containment measures start to lift. The city, as one of the most populated regions in Europe, has been hard by the coronavirus due to which its vehicular traffic had declined majorly by 30-75% temporarily.

Thus, Milan is in the process of redesigning its transport system that could provide a guide to other cities in their similar plans if they choose to do so.

Similar trends have been observed across several countries worldwide wherever extended period of lockdowns were imposed.

According to World Health Organisation (WHO), air pollution including smog hanging over cities to smoke inside the houses, kills an estimated seven million people across the globe every year and poses a major threat to climate, human as well as planetary health. WHO also states that over 80% of the population living in urban areas are exposed to poor air quality levels, which apparently changed in the last few months as megacities around the world welcomed clear blue skies.

The Covid-19 crisis and the emergency that they brought in, have demonstrated that it is possible for countries to make transformational changes overnight such as entirely shifting from fossil fuels to deploying renewable technologies everywhere, with much research and pilots being executed on the same lines.  Now can be a good time for stakeholders and authorities to fuel their sustainability plans and bring about tangible changes on a large scale.