The United States and China instigated round of trade talks to counter the issues of the United States, which circulated around the intellectual property rights, in February 2019, which in turn, exerted pressure on gold prices.

However, despite many rounds of trade talks, no visible outcome came in the limelight, and the United States finally moved against China and raised tariff from 10 per cent to 25 per cent.

China further retaliated and raised the tariff on the U.S. imports, which marked a re-escalation of the bilateral disagreement between the two significant economies.

The tariff ship sailing across the United States did not stop in China, and the tariff tiff recently reached Mexico and India as well, which in turn, raised global growth concerns in the market and supported the gold prices.

On the other hand, dollar prices took a hit from the level of 98.37 (High in May) to the present level of 97.17 (as on 4th June 2019 AEST 2:10 PM), which in turn, shifted the investors’ attention, which was previously taking the dollar hedge against the trade war, towards gold, which in turn, further added to the gold rally. 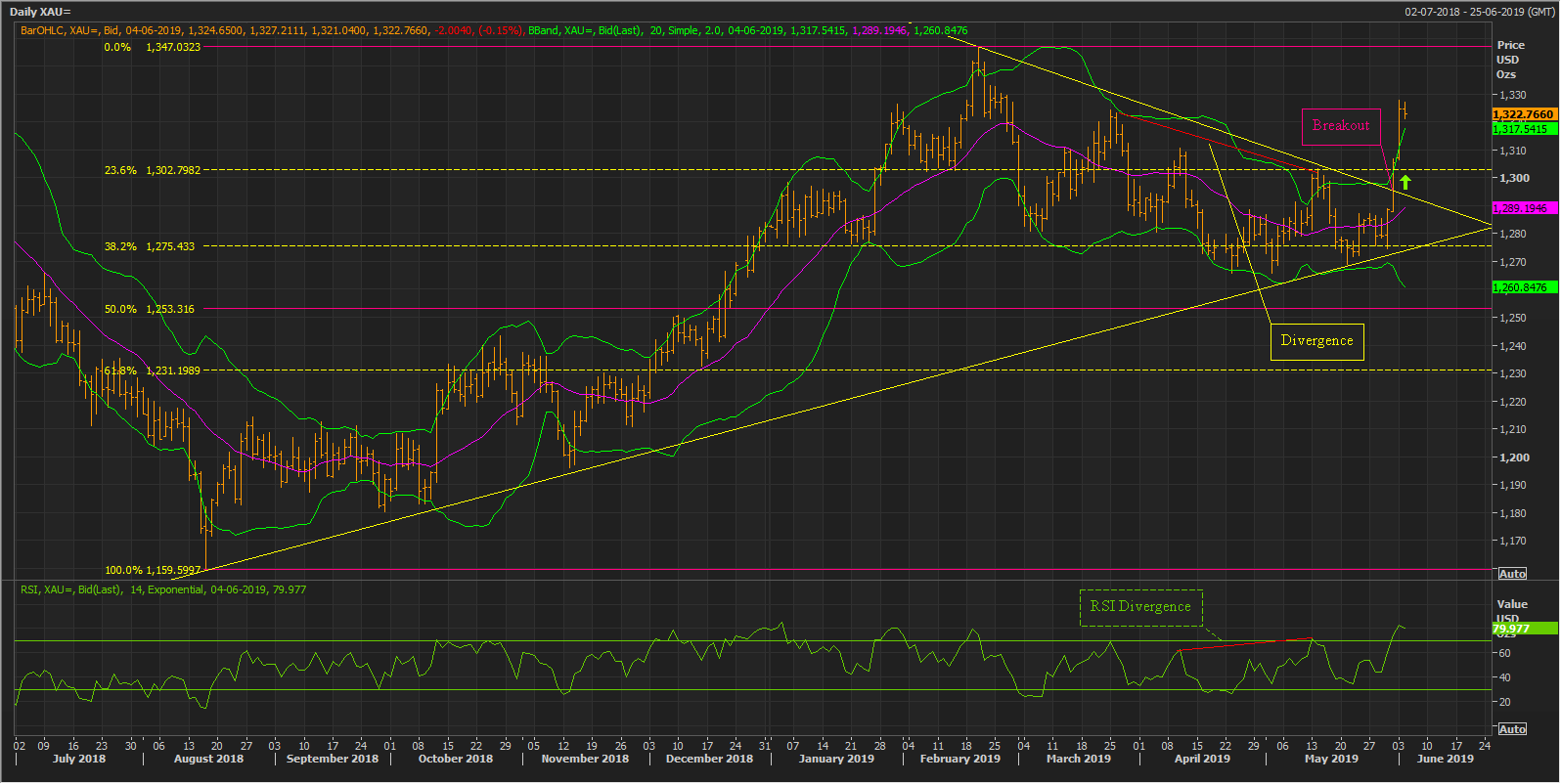 After carefully observing the daily chart, we can see that the gold prices have given a recent breakout, and the prices moved post breaching the downward sloping yellow trendline.

The prices crossed the median of the 20-days simple moving average of the Bollinger band and simultaneously breached the resistance of the trendline.

The continuous rise in gold prices for three weeks in a row should offer some advantages to St Barbara Limited (ASX: SBM), which is now surrounded with criticism from retail investors over the timing of its production guidance revision for the financial year 2019.

SBM announced that the applicants who applied for the subscription of the new shares (under the Retail Entitlement Offer) could withdraw the application by 7th June 2019 (AEST 5 PM). 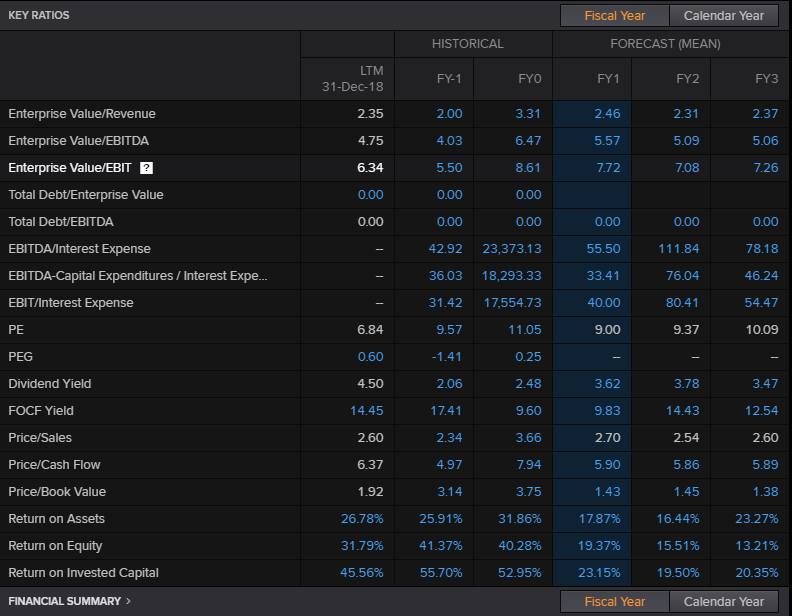 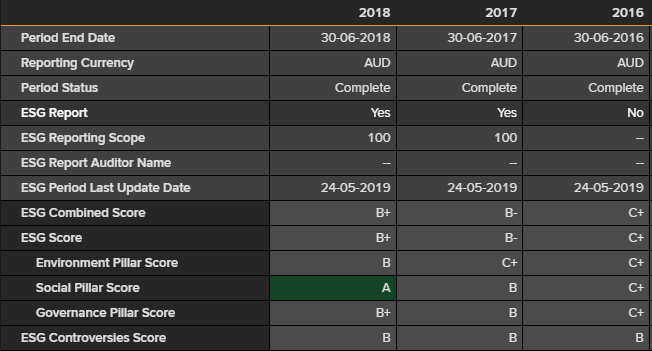 The combined Environmental, Social, and Governance rating of the company improved from B- in FY17 to B+ in FY18 over improved social and environmental factors.

The Thomson Reuters model scored the company’s credit rating at 85 with a default probability of 0.03 per cent.

The decline in production along with the lower gold prices from February 2019 to April 2019 was reflected on the share prices of the company, which plunged from the level of A$4.080 (High in February) to the level of A$3.160 (Low in April), a decline of 22.54 per cent.

However, in the previous year despite a slight decline in yearly production, the share prices of the company surged on ASX, amid significant recovery in gold, from the level of A$1.982 (Low in January 2017) to the level of A$2.860 (High in January 2018), which marked an increase of approx. 44.30 per cent. 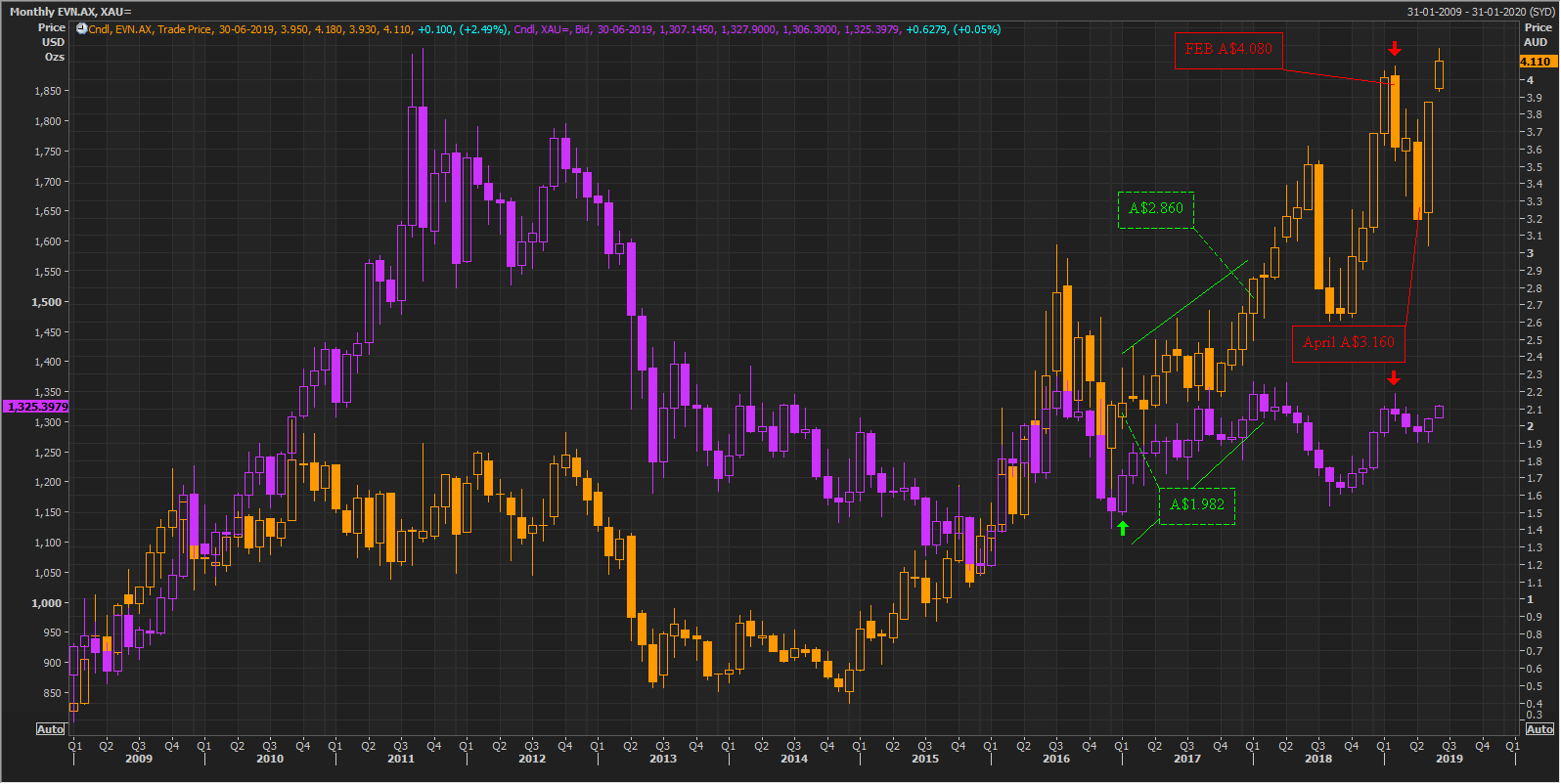 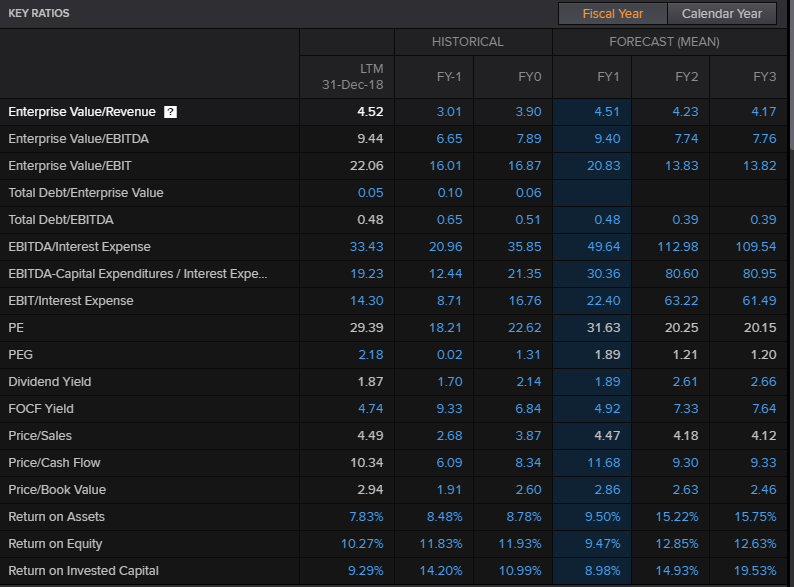 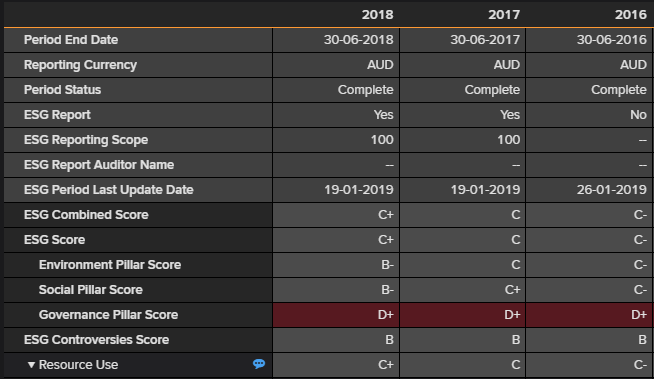 The combined Environmental, Social, and Governance rating of the company improved from C in FY17 to C+ in FY18 over improved social and environmental factors, and governance factor remained compromised.

The Thomson Reuters model scored the company’s credit rating at 86 with a default probability of 0.03 per cent.

In its recent BAML conference presentation, NCM discussed its approach of the value creation strategy for its stakeholders and shareholders.

Newcrest presented that the approach towards the value creation lies in the vision, assets, growth, safety & sustainability, and technology and innovation of the company.

The company improved its total recordable injury frequency rate (per million hours worked) from 3.7 in FY16 to 2.4 in FY18 and same on YTD FY19.

While mineral resources of the prospect are at 38 million ounces of gold and 8.3 million tonnes of copper, the AISC of the prospect stood at $147 per ounce in the third quarter of the FY19.

Apart from Cadia, other significant projects of the company include Lihir, Wafi-Golpu, Gosowong and Telfer.

Newcrest operated on a very low AISC of A$738 per ounce in the recent quarter.

The share prices of the company improved significantly from the level of A$18.570 (Low in September 2018) to the current month high of 28.750, which marks an increase of approx. 55 per cent.

The share prices of the company are on a continuous surge and uptrend from the level of A$6.960 (Low in December 2013). 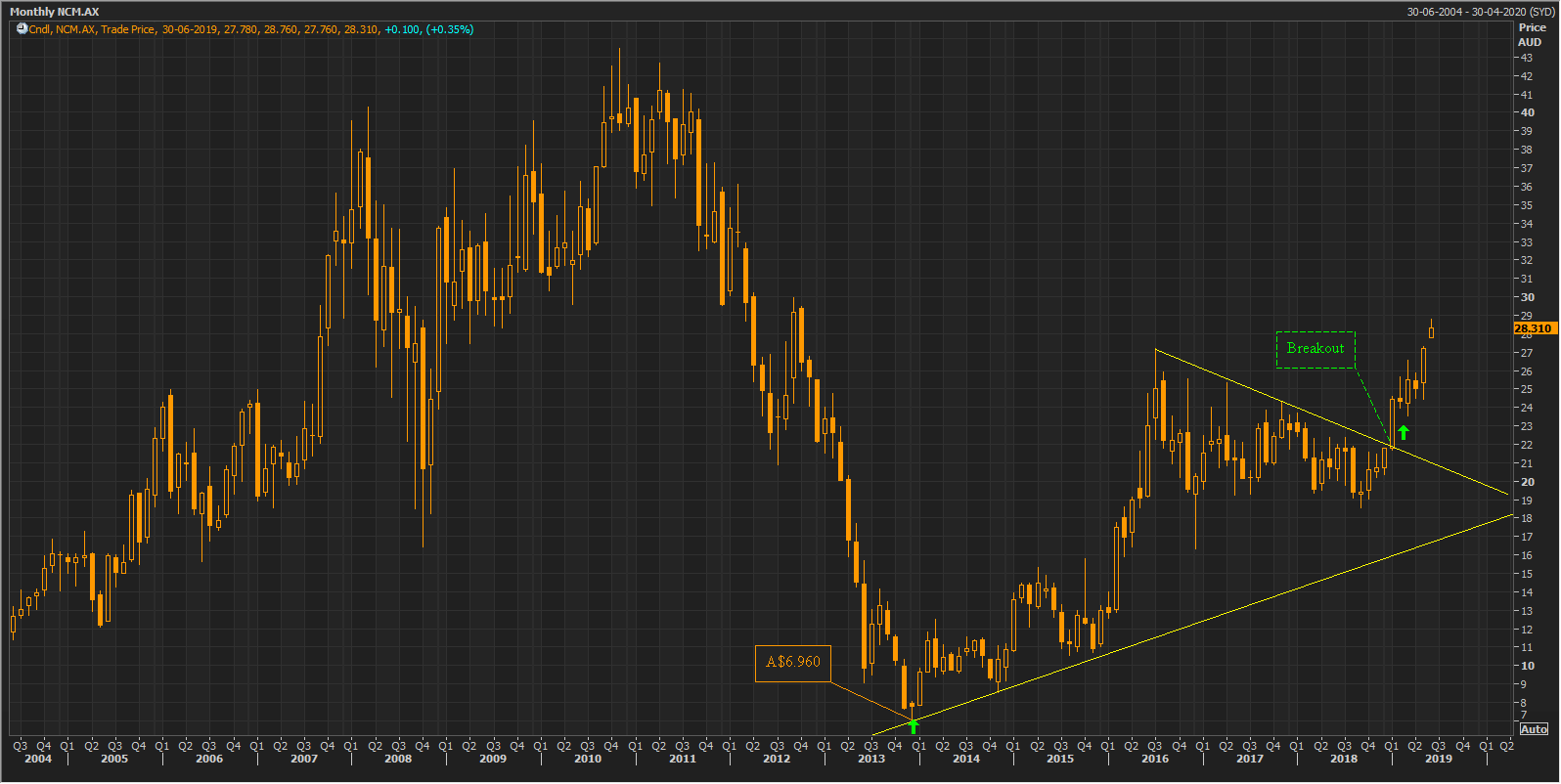 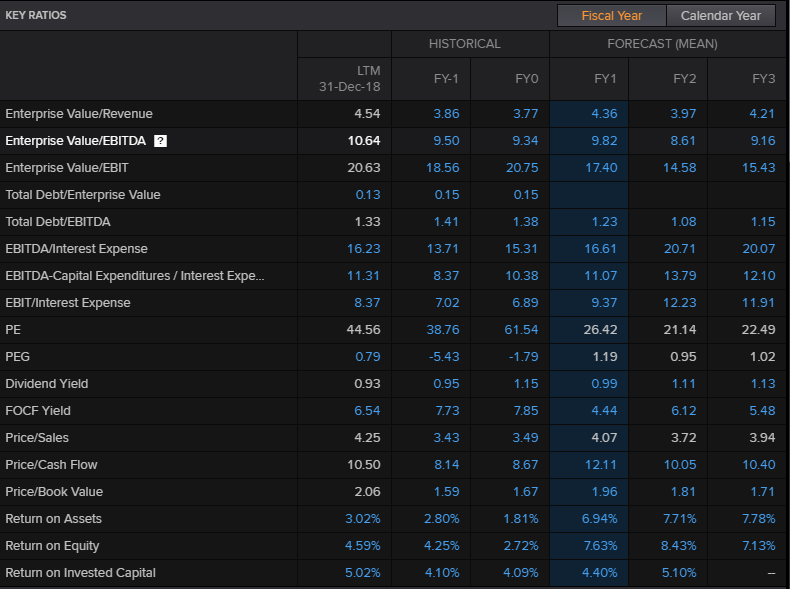 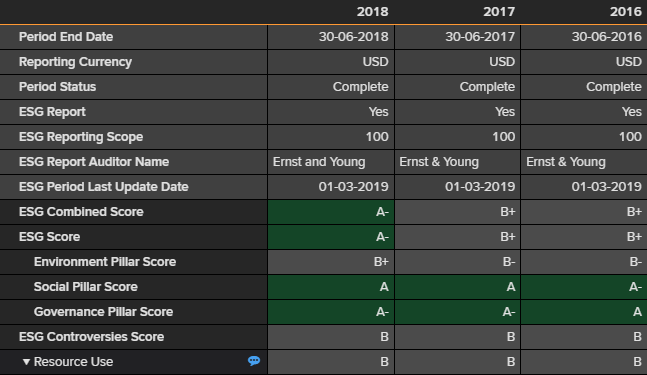 The combined Environmental, Social, and Governance rating of the company improved from B+ in FY17 to A- in FY18 over improved social, environmental and governance factor.