St Barbara Limited (ASX: SBM), an Australian Securities Exchange-listed gold miner and producer, has notified the market regarding the revised the production guidance for 2019.

SBM mentioned that it would commence the paste-fill operations in the current week, and the estimated remediation cost of the process is not material.

Under normal circumstances such an event could be managed within a financial year; however, the ventilation considerations coupled with other activities require a fill construction of the remaining Gwalia Extension Project. As the delay of production is unavoidable, the revenue and cost considerations of mining the above-mentioned stope would be deferred to the financial year 2020 (i.e. July 2019); hence, the company needed to revise the guidance of the financial year 2019.

The revision in the production guidance also marked an increase in All In Sustaining Cost (AISC) for the current quarter amid production loss and lower production volume.

St Barbara recently acquired the Atlantic gold at an enterprise value of A$854 million for which the company raised an institutional placement of $355 million during stage one.

In a recent presentation , the current Managing Director and CEO, Bob Vassie mentioned that Australia contains significant gold reserves and accounted for 10% of the global gold production in 2017. 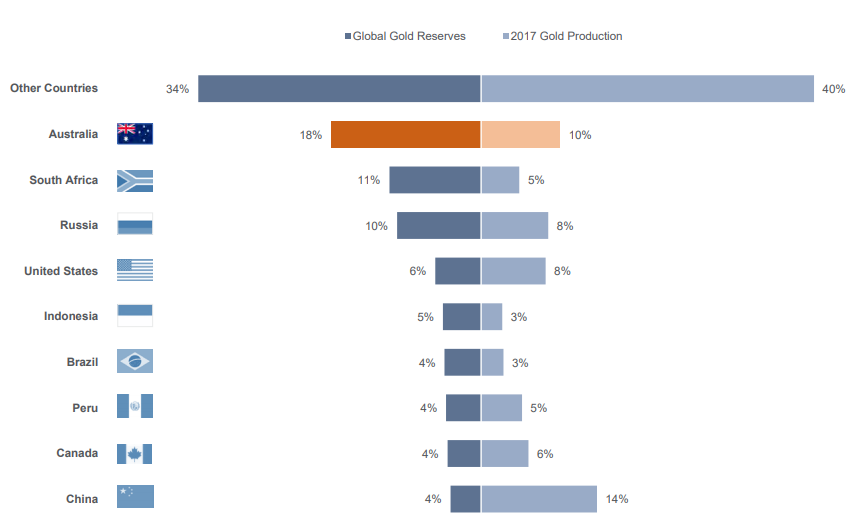 However, the presentation also suggested that expenditure of Australia in gold exploration is inching up, and Australia’s share in global gold production are relatively going down.

The share prices of the company are moving in a downward direction from the past four months. The shares dropped from the level of A$5.152 (Day’s high on 20th February 2019) to the current level of A$2.560.

During the trading session today, the shares of the company marked a significant gap-down opening and plunged to the level of A$2.480 (day’s low) before ending the day’ session down by 5.882% from its previous close at A$2.560.