A Look At 4 Stocks Associated With ASX and NZX

A company can choose to get itself listed on a stock exchange of a country, other than its original base. This aids in the diversification of capital and in most cases, leverage the liquidity offered by the exchange markets. Let us look at one such example of a company, based in New Zealand, but listed on the Australian Securities Exchange:

A data-driven company, 9SP aims at protecting data by complying with data privacy regulations. A SaaS provider, the company was listed on ASX in 2016 and has its registered office in Auckland, New Zealand.

On 17 June 2019, the company announced that the company’s banking partner contract with Bank of New Zealand was progressing sturdily in the first month since its launch. The contract is the company’s most recent one and was received via the company’s Microsoft One Commercial Partner co-selling partnership with Microsoft. The bank’s My Business Live service has recorded good user traction, engagement and feedback.

The company also announced that it would capitalise its partnership with Microsoft and is most likely to have more contracts in the times to come. Besides, as company’s One Commercial Partner program, Microsoft would co-sell the 9SP’s platform to important communities related to banking sector, worldwide. 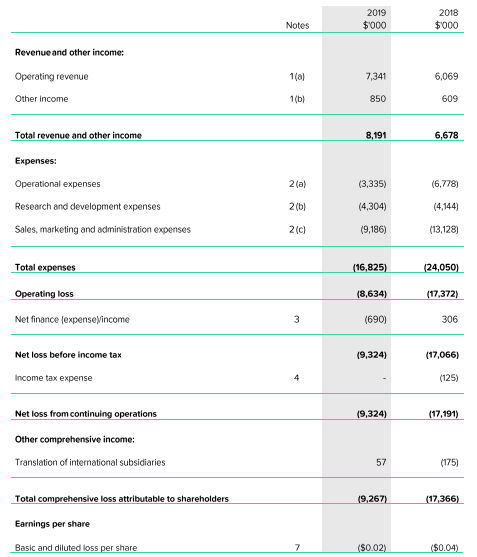 Moving on, interestingly, a stock can trade on any exchange that it is listed on, if it meets the exchange’s trading requirements and pays the allied fees to have its presence on the exchange. There are few stocks that choose to exist and trade on more than one exchange. Let us understand the concept of dual listings and the reason companies choose to opt for it.

Dual listing is the listing of a specific security on more than one exchange. In a dual-listing structure, two corporations’ function as a single operating business as per an agreement and possess separate legal identities and stock exchange listings. Few examples of dual-listed entities from across the globe are as follows:

Why do companies opt for Dual Listing?

The primary reason of being listed on two exchanges is the increase in the liquidity of the stock, as there is a broader market with more places to buy and sell the securities. Besides this, the other main reason for dual listing is the generation of more capital, with the availability and exposure to more investors, than on a single stock exchange.

With this backdrop, let us now look at three stocks that are listed on the Australian Securities Exchange as well the New Zealand Stock Exchange:

A player of the energy, transport and social infrastructure businesses, IFT is a part of the utilities sector and was listed on ASX in 2010. Its registered office is at Sydney, and the company is functional both on ASX and NZX under the code IFT.

On 25 June 2019, the company notified that the foreign exchange rate to decipher the company’s final dividend which would be paid to the Australian investors had been set at A$0.9485.

The company had also previously stated that starting on 24 June 2019, it would comply with the NZX Listing Rules dated 1 January 2019.

On 14 June 2019, the company stated that it had concluded the retail shortfall bookbuild component of new fully paid ordinary shares. As a result, the equity raising to support the acquisition of Vodafone New Zealand Limited had been concluded, and almost NZ$400 million via an NZ$100 million institutional placement had been raised through the placement. The entitlement offers raised NZ$300 million. The gross proceeds from the Retail Entitlement Offer and Retail Bookbuild was recorded to be around NZ$182 million.

On 17 May 2019, the company announced its Full year results for the year ended 31 March 2019. The underlying EBITDAF was down from $546.4 million (as in 2018) and amounted to $539.5 million, the reduction reflects the $102.6 million initial incentive fee payable towards the company’s investments. These investments were the Tilt Renewables, Canberra Data Centres, Longroad Energy and the ANU PBSA.

An amount of $679.0 million was reinvested into the company’s existing businesses, supporting IFT’s projects.

The company anticipates its Underlying EBITDAF guidance range from continuing operations to be between $635 million and $675 million for FY20. This comprises of a seven-month contribution from Vodafone NZ.

A retailer of the clothing and equipment focussed towards travel and adventure, KMD was listed on ASX in 2009 and operates on the ASX and the NZX under the code KMD. The company’s registered office is in Melbourne.

On 14 May 2019, KMD notified about changes in its Board, while the focus lay on the global expansion. The company emphasised on dividing its COO and CFO functions. It appointed Chris Kinraid as Chief Financial Officer and Company Secretary, w.e.f. 14 May 2019. Reuben Casey would continue to serve as the company’s Chief Operating Officer and was given additional responsibilities related to supply chain and property, merchandise planning and business development and sourcing.

A dairy manufacturer and supplier of dairy products to leading milk-based health and nutrition companies, SM1 was listed on ASX in 2016. The company trades on the NZX as well, under the code of SML.

The company in its released presentation, prepared for Macquarie Australia Conference 2019, reported that its China growth to be a CAGR 16 per cent in 10 years. The total size of the global markets was reported to be worth $54.3 billion. The company stated that its New Zealand had tripled in the last three years and the company was the largest exporter of high value infant nutrition in NZ. 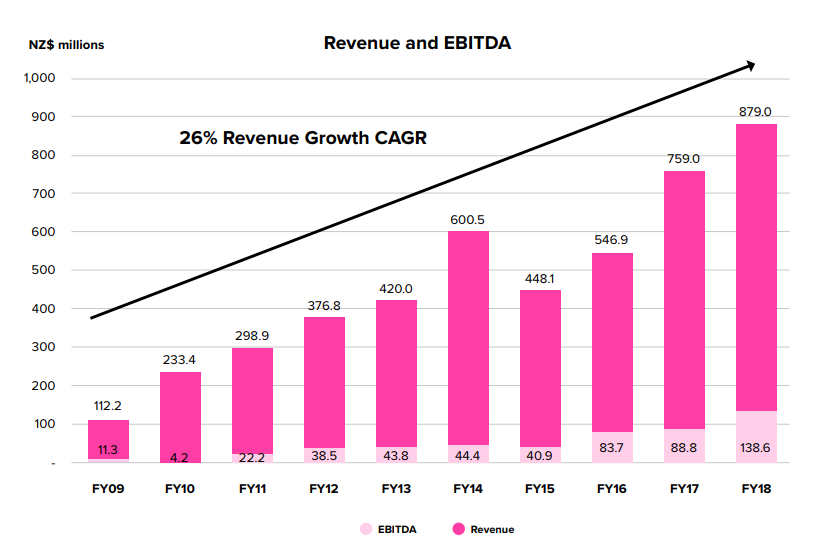