Several individual investors, fund managers and financial planners seek diversification as their strategy to get a higher return, as well as lower risk. In this article, we will be discussing four diversified stocks, of which PRO, DW8 and PET yielded positive returns in last one month, three months and six months, while XTD gave negative returns in the same time span. Let us have a broader look at these four diversified stocks.

Prophecy International Holdings Limited (ASX: PRO) is an Australia registered company, which is engaged in the designing, development and marketing of computer software applications and services. The company, serving large and complex organizations, operates from Adelaide and Sydney in Australia, Denver in the United States and London in the United Kingdom.

The company made an ASX announcement on 8 July 2019, reporting that its eMite business, under a collaboration with Genesys, signed the largest single SaaS subscription sale in the company’s history, with a UK-based large global software firm.

The three-year deal is for over 3,000 contact center agents for eMite CX Intelligence for PureCloud. CX Intelligence, which is available as a SaaS cloud solution hosted on AWS, is used by over 160 customers in contact centres across five continents.

The deal, with a total contract value of more than $ 1 million to eMite, will be rolled out over 2020. Moreover, the deal, when completely rolled out, would represent the largest monthly recurring revenue (MRR) of any single customer for eMite, so far.

According to Mr Jamie Lind, EMEA Business Development Director for eMite, the company has several large global customers in the pipeline under its European business, that are shifting to cloud-based contact center software and considering eMite for advanced analytics.

In its May investor presentation, Prophecy International Holdings Limited provided key factors for investing in the company such as PRO has a global presence and customer base with increased momentum in customer acquisition. Moreover, the company is expanding sales coverage and growing its revenues with no debt. Prophecy International Holdings Limited has global partnerships with major industry players.

Digital Wine Ventures Limited (ASX: DW8) is involved in the sales, marketing and distribution of premium wine brands. The company, which is headquartered in Sydney, was officially listed on ASX in April 2001. 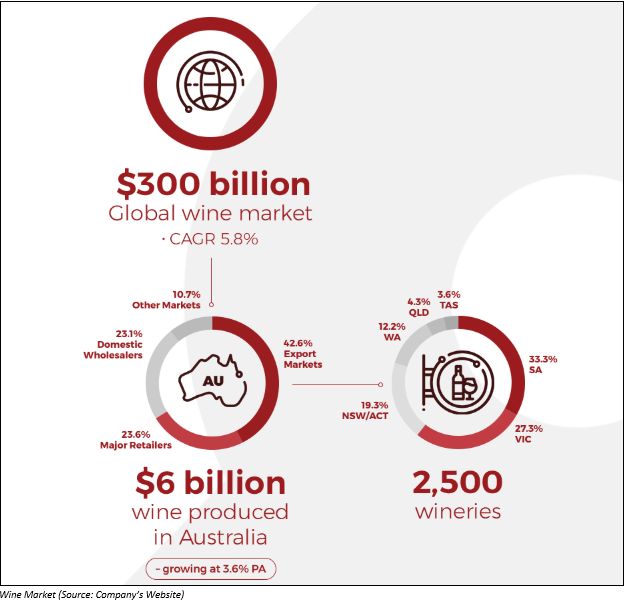 On 10 July 2019, DW8 announced that it entered a partnership with Wine Storage and Logistics Pty Ltd (WSL), which specialises in logistics services to the wine and beverage industry. As per the deal, Wine Storage will operate and set up a dedicated central storage and distribution facility for WINEDEPOT, which is a cloud-based technology platform and DW8’s cornerstone investment.

The new facility will operate as the main centre for the distribution of the supplier’s inventory as well as aid the growing network of local wine depots. The deal will provide WINEDEPOT with access to more than 200 wine producers, with WSL managing WINEDEPOT’s line-haul, air and sea freight shipments. Moreover, the partnership enables WINEDEPOT to open its fifth depot in Adelaide in South Australia as well as aids its expansion plans for China.

The partnership has an initial term of five years, which can be further extended in the future. Moreover, WINEDEPOT and WSL have agreed a schedule of fees for services by WSL.

Recently on 1 July 2019, DW8 announced a partnership with Australia Post to help launch WINEDEPOT, which aims to serve the multi-billion-dollar wine industry in Australia. Under the terms of the agreement, WINEDEPOT will set up its first four depots in Sydney, Melbourne, Brisbane and Perth, respectively. The depots would be located within the existing distribution centers of Australia Post.

XTD Limited (ASX: XTD) operates in the growing Out-of-Home Advertising (OOH Advertising) sector. The company was officially listed on ASX in May 2011.

The company, over the past few months, executed various cost cutting measures for ensuring that its free cash flow is maximised. 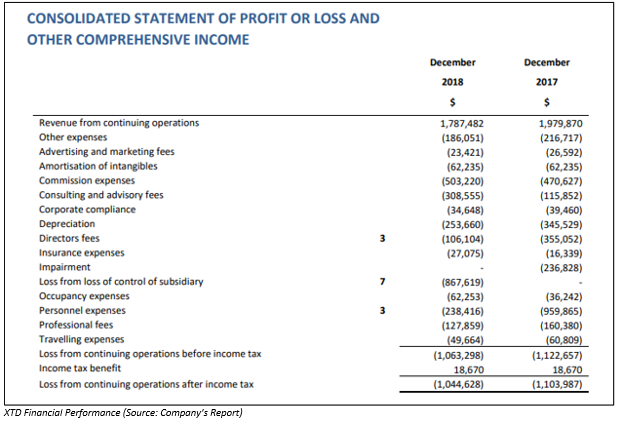 Phoslock Environmental Technologies Limited (ASX: PET) operates as a water treatment and water services provider. Its solutions and products are focused towards the remediation of impaired lakes, rivers, canals and drinking water reservoirs. The company was officially listed on ASX in 2002. It has headquarters in Sydney, Australia and owns the patent for unique water treatment product Phoslock®.

For the 1H 2019, the product manufacturing costs, which includes raw material procurement, stood at $ 3.2 million. The company held approximately 2,500 tons of finished Phoslock® at several storage locations and raw materials for the production of another 3,500 tons of Phoslock®, as at 30 June 2019.

The company further added that capex for 1H 2019 was low, but it would increase in the future with the expansion of factory production. 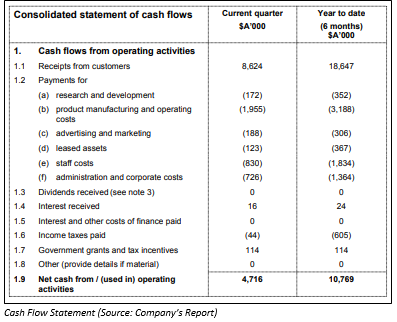 According to an update on 1 July 2019, the company’s Phoslock ® trial in Xingyun Lake produced outstanding results over the past two months. It stated that the application area has increased to 371 sq km from 34 sq km lake catchment area, which includes Xingyun Lake plus 14 rivers, waterways and reservoirs. The Yuxi County Government approved the company to use its unique water treatment product on the entire area of Xingyun Lake Watershed. 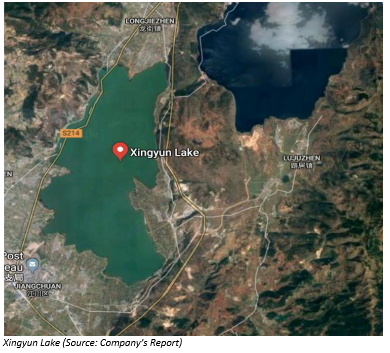 Through the project, the government is targeting to lower phosphate volumes in the lake and its sources. For several years, Catchment Project will need large tonnages of Phoslock®.