The financial services industry in Australia helps people in managing their wealth and financial security.

Over the last decade, the industry experienced a significant change, on the back of extensive regulatory reform and technological advancements in the industry. It is increasingly necessary to build foundational financial skills across all the segments of the industry in areas that can help in meeting the growing standards of the financial services industry across the country.

On 30 October 2019, GMA announced that Ms Georgette Nicholas would retire as CEO and MD, and as a member of the Board of Directors, effective 31 December 2019. The company has asked Mr Duncan West, who is current serving as a Non-Executive Director of GMA, to take the role of acting CEO from 1 January 2020 until the permanent appointment for the position. Ms Nicholas would provide her services until the end of March 2020, aimed towards ensuring a smooth hand over and orderly transition.

Meanwhile, the company is conducting an executive search in Australia and globally.

On the same day, the company made another significant announcement, unveiling the renew of a Supply and Service Contract with Commonwealth Bank of Australia (ASX: CBA) for the provision of LMI, with effect from 1 January 2020, for a minimum specified percentage of new high LVR residential mortgage loans. The three-year contract would run through to 31 December 2022.

Platinum Asset Management Limited is an Australia based investment manager, focusing on one asset class â international shares or the portfolios of listed companies from across the globe.

On 20 November 2019, the company declared results of the 2019 Annual General Meeting. Below are the resolutions that were passed during the AGM.

The companyâs financial performance for FY2019 can be viewed here.

On 12 November 2019, the company updated the market with results of the 2019 Annual General Meeting. Following resolutions were cleared by the shareholders during the AGM:

On 10 October 2019, the company released the September 2019 quarterly update, unveiling

Credit Corp Group Limited is the largest provider of financial services in the credit-impaired customer segment. Its principal activities are related to debt purchase and collection in addition to credit management services.

On 4 November 2019, the company declared results of the Annual General Meeting, during which following resolutions were passed.

The companyâs financial performance for FY 2019 can be viewed here.

In its investor presentation released to the market on 27 November 2019, PPL focused on group overview & strategy, along with several other business aspects. 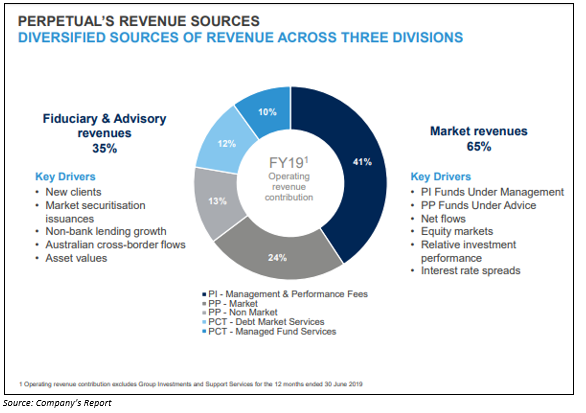 The companyâs FY 2019 financial performance can be viewed here.

CLICK HERE FOR YOUR FREE REPORT!
Tags:
ASX: PTM ASX: PPT ASX: CCP ASX: NWL ASX: GMA Financial Stocks
All pictures are copyright to their respective owner(s).Kalkinemedia.com does not claim ownership of any of the pictures displayed on this website unless stated otherwise. Some of the images used on this website are taken from the web and are believed to be in public domain. We have used reasonable efforts to accredit the source (public domain/CC0 status) to where it was found and indicated it below the image.