Vigilance and self-awareness on the performance of stocks is perhaps the most effective catalyst that drives one on the path to become a successful investor/trader. Potential shortfalls, sudden surges, certain market anomalies, adverse economic and environmental impacts are all equally important to be wary about. In an ideal trading scenario, an investor cannot possibly fully avoid costly mistakes while trading, but awareness could help investors combat and lessen them.

On this note, let us delve into the recent updates of the following stocks, which are listed on the Australian Securities Exchange and understand their current stock performances:

Company Profile: A coking coal exploration and development company, Bowen Coking Coal Limited (ASX: BCB) has a portfolio of advanced coking coal projects - Isaac River, Comet Ridge Coking Coal, Cooroorah and Hillalong – all located in the famous Bowen basin in Queensland. The company is also involved in a JV with Stanmore Coal Limited (ASX: SMR) in Lilyvale and Mackenzie Coking Coal Projects. Headquartered in Australia, the company got listed on ASX in 1995.

Update on Isaac River 2019 Drilling Program: On 3 July 2019, the company provided an update on the Isaac River 2019 Drilling Program. It notified that the raw coal quality data has been received from an additional two drill holes (PPD001PC and PPD004PC) at the project. The results are consistent with the previously received results from drill holes (PPD006PC and PPD002PC), and have depicted good characteristics of coking coal, with the potential to produce a low ash and high CSN coking coal. A total of six sites were drilled and the results from the remaining two holes are expected to be announced in coming weeks, that will be followed by washability testing results.

New on Board: On 20 June 2019, the company announced that it had appointed Mr. Michael McKee, an experienced mining professional, as BCB’s new Chief Operating Officer. The appointment was made to speed up the development of company’s 100 per cent owned Isaac River project. 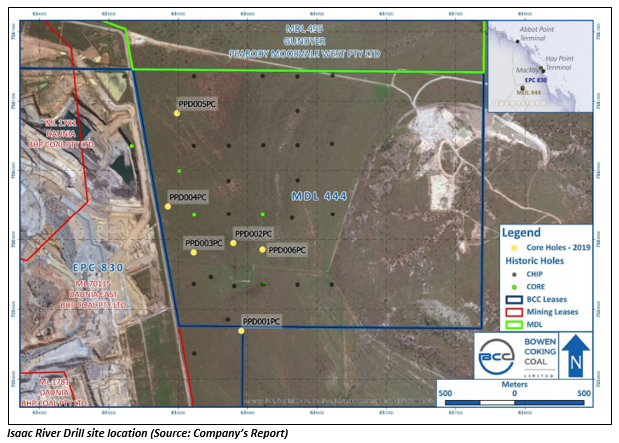 Positive Graphite Drill Results at the Vittangi Graphite Project: The company notified that 28 exploration diamond drillholes were completed at the Niska prospect for 3046.5m, targeting a series of electro-magnetic and outcropping targets situated at north east of the Nunasvaara Mineral Resource. 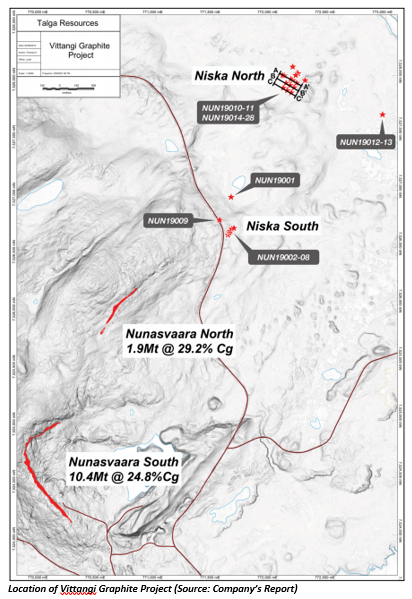 The following table depicts the wide and high-grade graphite downhole intercepts, which are said to be “world class graphite results of a grade and width rarely seen”:

New on Board: On 1 July 2019, the company appointed Andrew Willis, as a Non-Executive Director, who is the second European-based Board member of the company.

Company Profile: A development company with the flagship project Mt Ida Gold (that includes the Bottle Creek gold mine), ALT Resources Limited (ASX: ARS) was listed on ASX in 2015 and has its registered office in New South Wales. 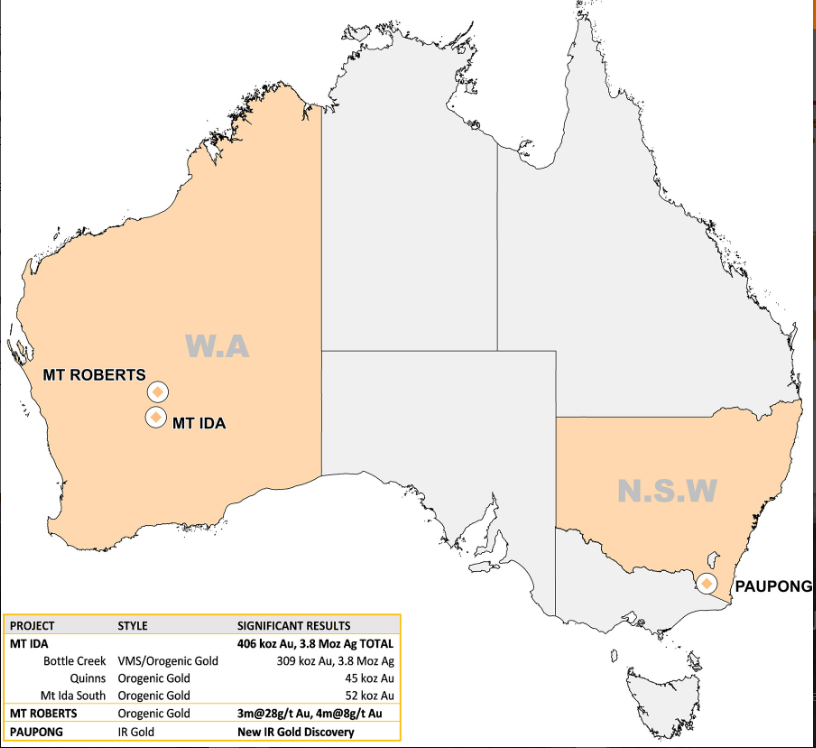 Gold intercepts at the Mt Ida project: On 3 July 2019, the company pleasingly notified about the initial positive results from Tim’s Find project area, which is being drilled at the Mt Ida Gold Project. Post a 3000 metres of RC drilling from ~72 RC holes drilled to date, the gold results from the first 20 holes drilled have been positive. In the program, ARS would complete ~5,200 metres of RC, and establish strike extensions from this current drilling program. 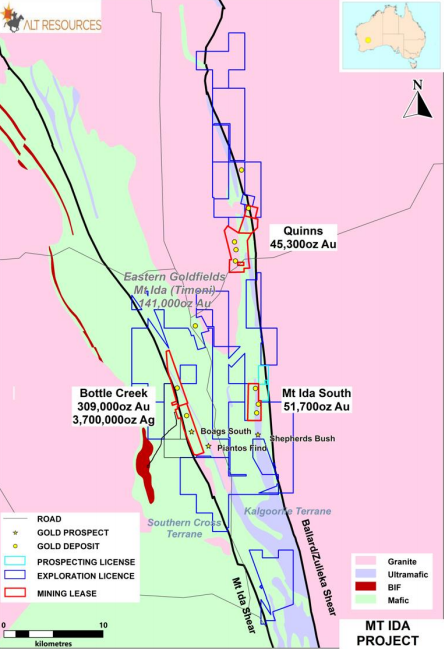 Company Profile: A media player with the focus on areas of broadcasting and publishing, Pacific Star Network Limited (ASX: PNW) was listed on ASX in 2000 and is headquartered in Melbourne, Australia. The company owns two Melbourne AM commercial broadcasting licenses and broadcasts on 1116 SEN and SEN+, and operates 3 digital-only radio stations - AUSSIE, KOOOL and Rythmos. In 2014, the company acquired Morrison Media Services Pty Ltd, which is a publishing firm.

Guidance and Acquisition Update: On 3 July 2019, the company provided an update on its guidance, stating that it is expecting its EBITDA to range between $8.75 million and $9.25 million. The company also notified that it had agreed to acquire 23 narrowband area radio licences for $6.25 million, expanding its existing portfolio.

Company Profile: A player of the software and services group, The Data Exchange Network Limited (ASX: DXN) owns, designs, builds and operates data centres, with a modular approach. The company is tech friendly and deploy customised data centre, if required. Recently listed on ASX last year in April, the company has its registered office at Perth.

New Contract: On 3 July 2019, the company announced that it had signed a NZ$1.2 million contract with Avaroa Cable Ltd (ASX: ACL) for the supply of state-of-the-art cable landing stations for the Manatua Cable, located at Cook Islands. The design and fabrication works would begin shortly in the company’s factory in Perth.

Construction of SYD01: On 24 June 2019, the company notified that the construction of the Sydney Data Centre was progressing well, with civil works completed. Commissioning of systems and plant is due to begin in mid-July. 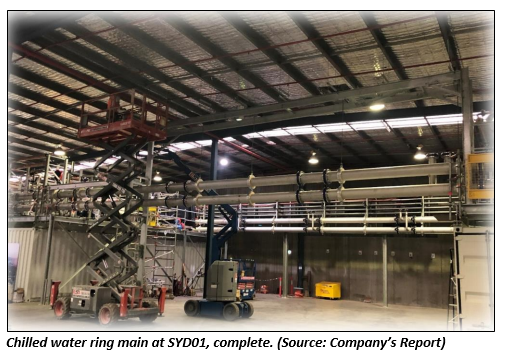