In this article, we would be discussing four stocks with exposure to infant food products. On 20 June 2019, the Australian Bureau of Statistics (ABS) released the Australian Demographic Statistics, which enumerated that between December 2017 to December 2018, the population rose by 404,800 people. Further, it depicted a growth rate of 1.6% y-o-y. Importantly, it was preliminary estimated resident population (ERP) on 31 December 2018. Therefore, the growing population could prove to be an upside in revenue streams. 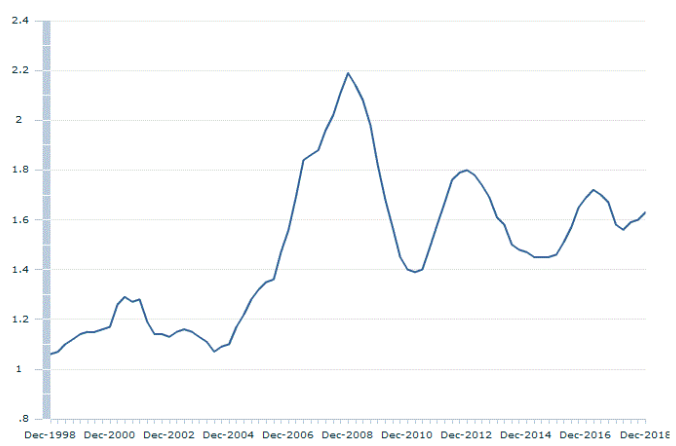 While we discuss the stocks with exposure to infant products, it would be worth having a look at the birth of the new-borns in the country. According to ERP, these births in the country witnessed an increase of 10,600 between December 2017 to December 2018 period. Also, the major rise in the percentage - 9.8% was witnessed in the NSW region. Generally, infant products are fed to the babies for a few years after their birth; this means a consistent source of revenue for the manufacturers from the sale of such products.

Importantly, the births are not the only component that may impact the revenues of companies with exposure to infant products. In this article, as per the reports, the four stocks had been engaged in raising capital, acquiring businesses and expanding markets. Let’s now have a look at them:

On 26 June 2019, Keytone Dairy Corporation Limited (ASX: KTD) announced a Share Purchase Plan. Accordingly, the company had recently on 17 June 2019, entered into a conditional share sale agreement to acquire 100% of the fully paid ordinary shares in the capital of Omniblend Pty Ltd (Omniblend). Also, the purchase consideration was of $8,000,000, and KTD intends to fund the acquisition through the capital raising. Further, the capital raising activity includes placement to sophisticated, institutional and professional investors (Placement) and a Share Purchase Plan to Eligible Shareholders (Plan).

Under the placement, the issue of 18,604,65 fully paid ordinary shares at $0.43 per share would be carried out to raise up to $8,000,000 excluding costs. Under the plan, Eligible Shareholders would be provided with an opportunity to acquire shares worth up to $15,000 at $0.43 per share, along with a minimum investment of $2k. Moreover, the eligibility criteria enlisted that registered shareholders as on 14 June 2019 (Record Date) could apply; additionally, shareholders must fall under the jurisdiction of ANZ.

Reportedly, Share Purchase Plan would close by 15 July 2019, and eligible shareholders can choose from one of the offers as listed below, to buy the shares falling under the plan:

It should be noted that the company intends to host AGM on 26 July 2019, (as per the announcement). Further, the AGM would include a voting procedure to approve the issue of shares to shareholders of Omniblend under the transaction and the placement. Importantly, if the approval fails, application monies would be refunded to the shareholders.

Dairy farmer, Australian Dairy Nutritionals Group (ASX: AHF), on 28 June 2019, reported that Tranche 1 of the Placement had been completed (announced on 21 June 2019). It had been settled with the issue of 32,657,851 stapled securities, which was consequential to ~$3.92 million of fresh capital excluding costs. Further, the remaining part of the placement pegged to raise ~8.1 million excluding costs is subject to shareholder approval, at the general meeting scheduled on 8 August 2019.

Reportedly, AHF also issued 150,031 stapled securities to Ultima Capital Partners Pty Ltd ACN 151 293 140 (UCP). Further, the issue was in relation to the consultancy services from UCP pertaining to two-stage infant formula project along with the purchase of the infant formula plant (announced on 4 April 2019). 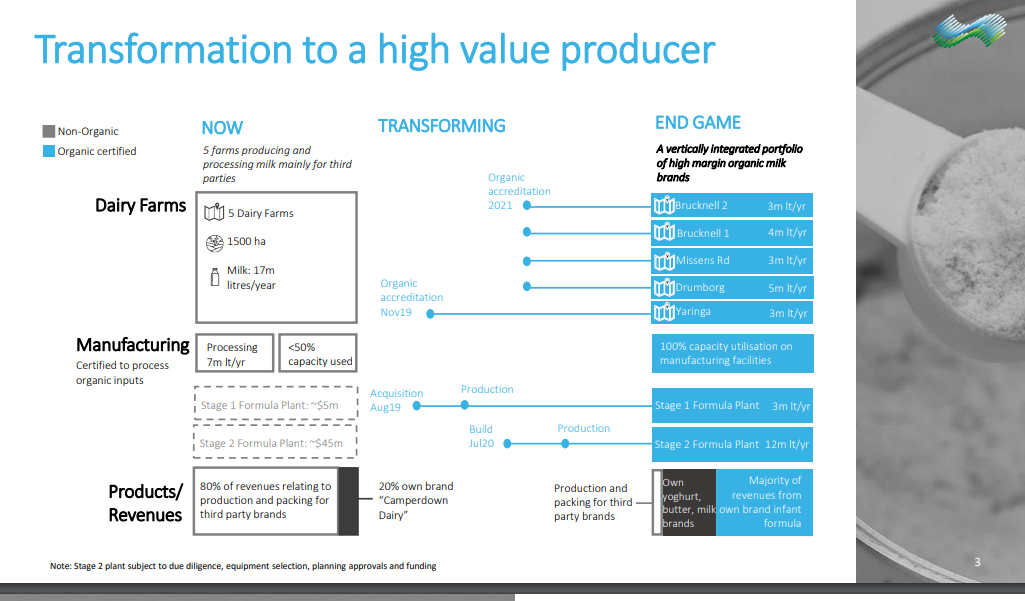 Also, on 02 July 2019, WHA announced that an Extraordinary General Meeting would be held on 31 July 2019. Concurrently, it was also announced that the company had signed a New Debt Term Sheet pertaining to the Blend & Pack’s acquisition.

According to the release, the meeting is scheduled to approve the proposed acquisition of Blend & Pack. Currently, GL Food Pte Ltd (a subsidiary of Mason Group) holds the interest of 75% of the issued share capital of Blend & Pack. Earlier, in February this year, WHA reported that a conditional agreement (Share Purchase Agreement) was signed with GL Food Pte Ltd (GL Food) to acquire an additional 46% of the total issued share capital for the purchase consideration of ~A$47.7 million.

Subsequently, in May this year, the company announced that a non-binding term sheet was signed with a third party (Gramercy) to raise capital through debt up to US$75 million. In addition to this, the company also revised the Share Purchase Agreement (SPA) to purchase the whole interest of GL Food (75%) in the Blend & Pack. Concurrently, the new fixed purchase consideration had been reported as US$55 million.

It was also reported that binding agreements for Founders Transaction & AG Transaction were not finalised as of 2 July 2019. Further, Mason Group holds a 4.1% stake in Wattle Health; therefore, it is excluded from the voting list to approve the resolution. An indicative timeline for the Proposed Transaction is below:

According to the release, the company had revised the debt facility term sheet to improve the proposed net cash funding of up to US$85 million with Gramercy Funds Management LLC (Gramercy). Further, as mentioned above, the company have been negotiating to improve the proposed stake in Blend & Pack to 93.5%. Earlier, the initial debt term sheet with Gramercy proposed the funding of up to US$75 million. Moreover, the revised debt term sheet enumerates that the debt facility will have a term of four years with a 9% coupon rate p.a. and an original issue discount of 13% (previously 15%).

Previously, on 09 May 2019, the company announced that the undrawn Prospere Advisors Ltd Loan would be terminated, which was initiated to fund the construction of the organic spray drying facility by Corio Bay Dairy Group Ltd (CBDG). Further, CBDG is a JV among WHA, Organic Dairy Famers of Australia and Niche Dairy for creating the foremost dedicated organic nutritional spray dryer in Australia. In addition to this, WHA expects the commissioning of plant by the first half of 2020.

It was also reported that Uganic would begin production in August 2019. Further, Uganic is a true Australian Organic range of nutritional dairy, which would be marketed through retail and online channels in Australia and China along with major SE Asia market through Cross Border E-Commerce.

Also, in early April, Bioxyne provided an update on its operations. Besides, the company reported updates pertaining to business in other jurisdictions and on litigation.

Reportedly, since the acquisition of P T Gamata Utama (PTG) – a direct sales company, BXN has trained distributors on extensive products. Also, the company introduced a product range to distributors and product registration was pending. Further, Q1 2019 had sales of ~$50,000 from PTG products, and products by BXN were expected in Q2.

It was reported that direct sales were impacted due to the 2018 federal general election, which had been consequential to change of government. Additionally, online product ordering had begun from mid-April 2019.

China and other parts of Asia

As per the release in April 2019, the company witnessed constrained sales due to the regulatory requirement for direct sales in China, Vietnam and Taiwan. Also, negotiations were underway with local wholesale partners for sales.

The company had agreed to pay NZ$500,000 to New Image Group in F&F settlement pertaining to all issues in the dispute. The litigation was brought against the CEO of Bioxyne Limited. Now, it would enable BXN to prosper the business in the country.