Beach Energy Limited (ASX: BPT) is primarily engaged in the exploration and production activities, focussed on oil and gas. Recently, upstream oil and gas explorer and producer, Cooper Energy Limited (ASX: COE) updated the market regarding the successful completion of a three-well appraisal program at the Parsons oil field in Cooper Basin, South Australia by the PEL 92 Joint Venture, in which COE has a stake of 25%, while the remaining 75% is held by the operator, Beach Energy. 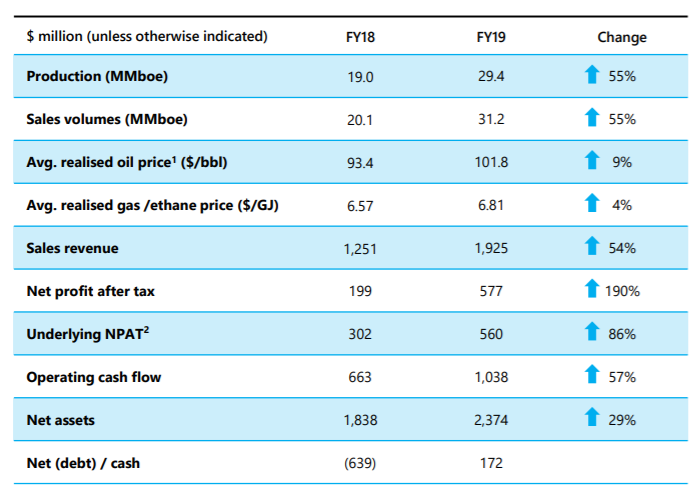 The company is now planning to accelerate investment in its expanded growth portfolio. It is targeting 34â40MMboe annual production in the medium term and cumulative free cash flow of over $2.7 billion over the next 5 years.

Evolution Mining Limited (ASX: EVN) is primarily involved in the exploration and production of gold. The company has announced a dividend of AUD 0.06 per security (100% franked), which would be paid on 27 September 2019.

3 Out of 6 Operations Exceeded Guidance in FY19:

In the financial year 2020, Evolution Mining is expecting its gold production in the range of 725k â 775k ounces. Meanwhile, AISC is anticipated to come in between A$890 â A$940 (each ounce). The company expects its exploration investment in FY2020 to be in the range of A$80.0 â A$105.0 million. This is primarily due to the success at Cowal operations. Cowal is expected to receive the largest chunk of the discovery investment allocated for the financial year 2020. 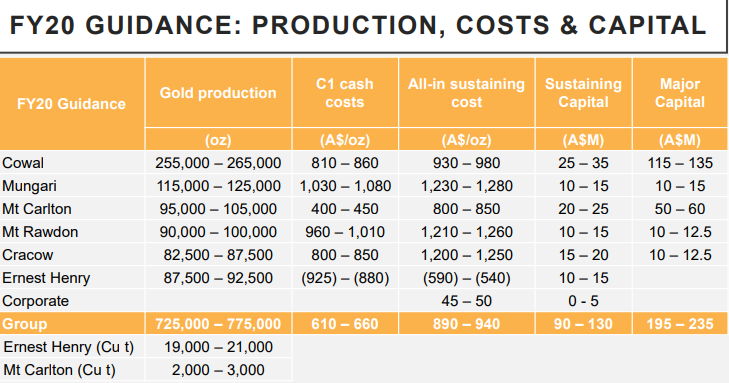 For the June quarter 2019, the company reported mine operating cash flow of $215.2 million, up $46.9 (28%) million on the previous quarter. As a consequence, the net cash position at the end of the June quarter increased to A$35.2 million. Further, the company reported net mine cash flow of A$152.2 million, which was around $44.4 million (41%) higher than the previous quarter.

In the past one-year time frame, EVNâs stock has provided a return of 92.42%. On 27 August 2019, the stock closed the dayâs trading at a price of $5.060, down 5.066% from its previous closing price. The stock is available at price to earnings multiple of 41.45x with a market capitalization of circa $9.07 billion and approximately 1.7 billion outstanding shares.

Tags:
Beach Energy Limited (ASX: BPT) ASX: EVN
All pictures are copyright to their respective owner(s).Kalkinemedia.com does not claim ownership of any of the pictures displayed on this website unless stated otherwise. Some of the images used on this website are taken from the web and are believed to be in public domain. We have used reasonable efforts to accredit the source (public domain/CC0 status) to where it was found and indicated it below the image.