One of the intentions of being active in the stock market is to hunt for good dividend-paying stocks. Dividend stocks can be expressed as those which generate consistent returns in the form of dividends for their stakeholders. Dividend stocks exists across a range of sectors and are amongst the favourites of market enthusiasts.

In this article, we would look at four dividend stocks which are listed and trade on the Australian Securities Exchange, and understand their performances and recent updates:

The above graph depicts the one-month returns of the stocks that would be discussed- WBC, CGF, RWC, FLT. It can be noticed that these stocks have shown a gradual upward trend in July 2019, generating positive returns for the respective shareholders.

Company Profile: Westpac is Australia’s first ever bank and its eldest company. Established in NSW in 1817, it is one of the Big four banking players in Australia and one of the largest banks in New Zealand. It provides consumer, commercial and institutional banking and wealth management services . WBC was listed on the ASX in 1970 and is headquartered in Sydney.

The company would be conducting its AGM on 12 December 2019.

As per the ASX, the stock has an annualised dividend yield of 6.53 per cent. The company declared a fully franked quarterly dividend (for the period ending 30th September 2019) amounting to A$1.078 in an ASX update on 4th July 2019. 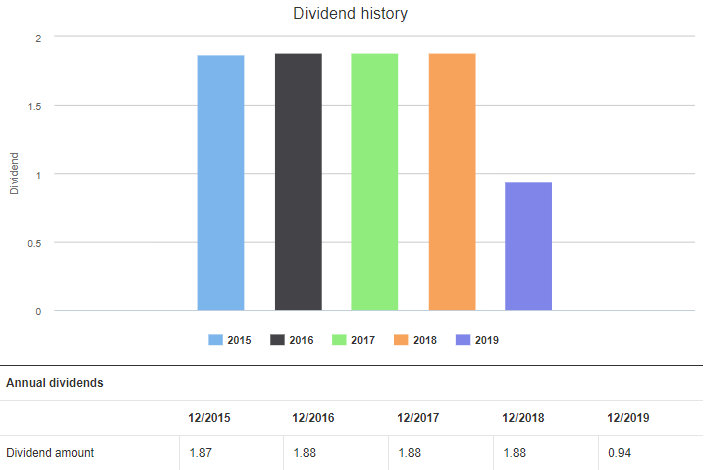 Fitch and S&P Rating: On 11 July 2019, APRA announced that additional operational risk capital requirements of $500 million would be applied on the company, driven by the Royal Commission Era stance on governance, accountability and culture (CGA assessment). As a consequence, on 17 July 2019, the company notified that Fitch Ratings had affirmed WBC’s and its NZ subsidiary Westpac New Zealand Limited’s long-term Issuer Default Rating at AA- but revised the outlook to ‘Negative’ from ‘Stable’.

On a similar note, on 9th July 2019 S&P Global Ratings had affirmed the A-1+ short-term and AA- long term issuer credit ratings and revised the outlook to ‘Stable’ from ‘Negative’. This proves that the Aussie government is in support of APRA’s amendment.

The company is confident of maintaining its strong and stable profile amidst these changes.

Company Profile: CGF is an Australian-headquartered investment management firm which aims to offer clients with financial security for retirement. Listed on the ASX in 2003 with headquarters in Sydney, CGF is a multi-faceted financial services organisation, with core businesses in annuities, funds management and administration platforms. The company is the largest provider of annuities in the country and operates a fiduciary Funds Management division and an APRA-regulated Life division.

As per the ASX, the stock has an annual dividend yield of 5.03 per cent. The company announced a fully franked quarterly dividend (for the period ending 25th August 2019) amounting to 84 cents per share in May this year. 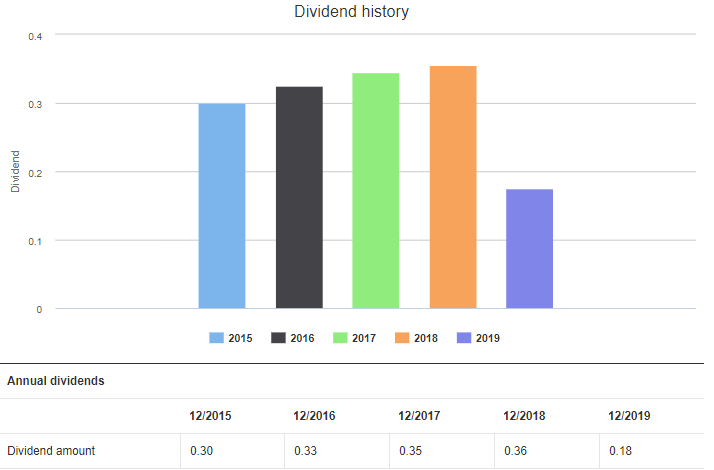 Reinsurance of US Dollar Denominated Annuities to Begin: On 28 June 2019, the company notified the market that it was successful in obtaining the necessary regulatory approvals to commence reinsurance on US dollar denominated annuities. The company had completed the operational requirements to begin the reinsurance on 1 July 2019, under an expanded strategic relationship with MS&AD Insurance Group Holdings Inc. The annuities were to be issued in the Japanese market by Mitsui Sumitomo Primary Life Insurance Company Limited, which would provide CGF an annual amount for reinsurance, across both Australian and US dollar denominated annuities, of at least ¥50 billion, each year for five years.

Investor Day: On 13 June 2019, the company conducted an Investor Day and provided an outlook on its Normalised ROE target, which was revised to RBA cash rate plus 14 per cent from FY20.

Company Profile: RWC is a global family of various brands and aims to transform efficiency and performance for heating and plumbing, specialist industries and smart homes across the world. Some of its brands include SharkBite®, JG Speedfit® and HoldRite®. The company was listed on the ASX in 2016 and has its headquarters in Queensland.

The company is expected to release its financial results for the year ended 30 June 2019 on 27 August 2019.

As per the ASX, the stock has an annual dividend yield of 1.97 per cent. RWC has recently announced a fully franked half-yearly dividend (for the period ending 31st December 2018) amounting to 4 cents per share. 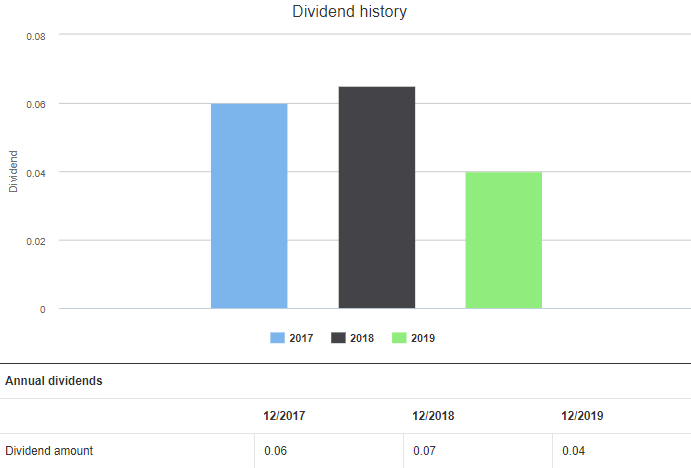 Trading Update and Revised FY2019 EBITDA guidance: On 13 May 2019, the company released its trading update for FY2019 along with the expected impact of the change in trading conditions on the year’s EBITDA.

The operating segments of the company were subjected to adverse market conditions, which had resulted in weaker performance and results. The modest freeze event, which means existence of winter storms over a period of time which hampered the business and functionality across the US, resulting in wrecked pipes.

The America’s business segment has by now observed robust sales of products by channel partners. The channel partners had chased strategies in the second half of the year to decrease inventory on hand. Amid these challenges, the America’s segment was performing in sync with expectations on the sales side as well as on synergy realisation.

In the EMEA region, the company’s call to exit few products lines had left an adverse impact on the performance. John Guest was newly added in the segment and the region has delivered strong growth, apart from the product line challenges in the UK and Spain.

The APAC region performed low due to the decline of the housing market in Australia.

Company Profile: Regarded as one of the world’s largest travel agency groups, FLT comprises of over 40 brands. FLT is a travel retailer operational in 23 countries, with a corporate travel management network in over 90 countries. The company was listed on the ASX in 1995 and has headquarters in Queensland.

As per the ASX, the stock has an annual dividend yield of 3.62 per cent. The company has recently announced a fully franked half-yearly dividend (for the period ending 31st December 2018) amounting to 60 cents per share. 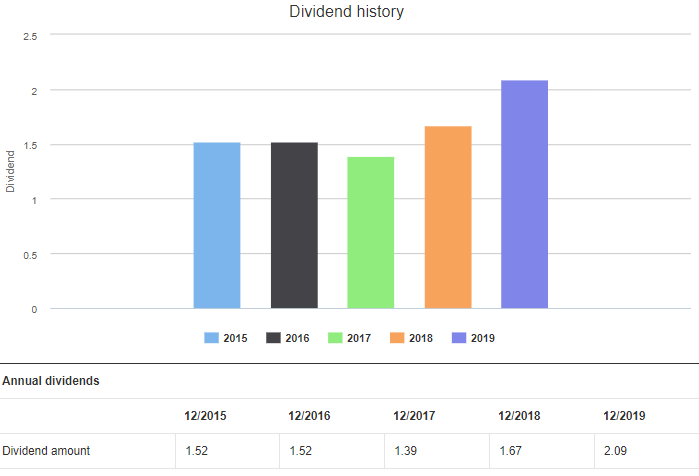 Post the deal, which was funded via FLT’s existing debt facilities, the company would have an enhanced global reach and full access to the corporate travel systems, products and customer offerings. It would be in a powerful proposition for its global, French and Swiss customers.

Depicting a strong overall performance, FLT’s corporate businesses together generated $4.2billion in TTV during the six months to December 31, 2018, about 37 per cent of the group’s global TTV for the period.

Revised FY19 Guidance: On 26 April 2019, the company amended its FY19 profit guidance, prompted by the challenging trading climate in Australia. The company expects PBT for the 12 months to 30 June 2019 to range between $335million and $360million, lowering the previous guidance of $390million-$420million. The company notified that the performance was strong in the US, the UK and Asian markets.