The Fifth-generation or 5G is the latest technology in the telecommunication space, which is making in-roads to the industry gradually. Only a handful of nations have 5G services in the world; these 5G services include broadband and mobile services. 5G offers a better customer experience backed by the attractive speed of the network, which enables customers to compute remotely, virtual reality, smooth videos in higher resolutions, etc.

The 5G network transmits data on higher frequencies than the 4G network. According to media, 5G in Australia would operate at 3.6GHz while 4G used to operate at 700MHz to 2.6GHz. The Government in Australia closely monitors the activity in the space whether it would be the merger of TPG Telecom or the spectrum auction in late 2018. During the spectrum auction, the Australian Communications and Media Authority (ACMA) exerted restrictions on telecommunication companies from purchasing more than 60MHz in the metro regions and 80MHz in regional areas.

According to the media coverage, Telstra launched two 5G services with HTC Hub and Samsung Galaxy S10 5G. It was reported that HTC Hub is a wireless hotspot which could bring the Telstra network to the home. The 5G services in Australia are available in some cities which include Launceston, Gold Coast, Melbourne, Canberra, Adelaide, Perth, Brisbane, Hobart, Sydney and Toowoomba. 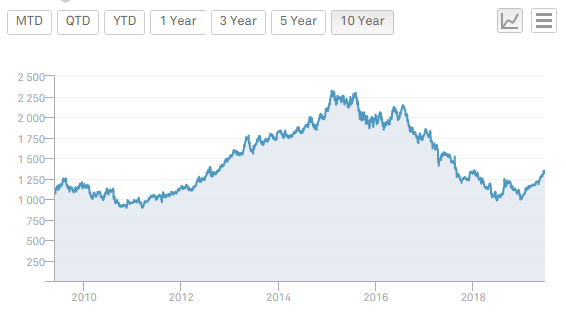 S&P/ASX 200 Communication Services (Sector) is an index which includes the companies in S&P/ASX 200 that are classified under the communication services sector. After looking at the Communications Sector of the ASX/S&P 200 Index, it appears the sector had its best period during 2015, and the index is yet to recover that same level. It should be noted that the index has performed quite well this calendar year with returns at +29.68%. 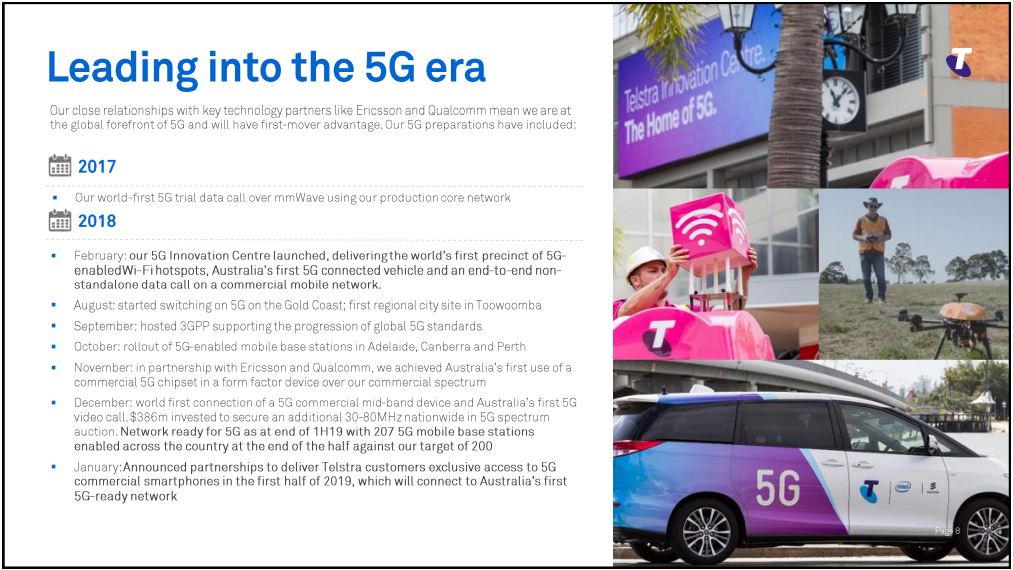 On 29 May 2019, Telstra announced that consistent with T22 strategy, and as earlier indicated, it expects to write down the value of legacy IT assets by nearly $500 million through a non-cash impairment. The announcement read that the restructuring cost for FY19 would be increased by ~$200 million, which is now expected to range between ~$600 million to ~$800 million for FY19, as a result of initiating consultation on proposed job reductions.

On 13 March 2019, the company announced its Debt Issuance Program wherein Telstra might offer time to time bonds, notes and other debt instruments. Subsequently, on 19 March 2019, it had been announced that the company had priced the EUR 600 million bond issue with a coupon rate of 1.375%. The new bonds would get matured on 26 March 2029. It was also reported that the capital would be utilised for general corporate business.

Currently, TPG Telecom is amid the proposed merger with Vodafone Hutchison Australia Pty. Ltd. (VHA), which has been scrutinised by the competition watchdog Australian Competition and Consumer Commission (ACCC). According to the most recent release, it was reported that Vodafone Hutchison Australia Pty. Ltd. filed a statement of claim for the approval of the proposed merger with TPG. Also, the statement of claim filed with the Federal Court of Australia enumerates VHA as an applicant while ACCC and TPG Telecom as respondents.

On 19 March 2019, the company released results for the half-year ended 31 January 2019. As per the releases, the revenues of the company were down by 1.5% to $1235.8 million in 1H19 against $1254.6 million in 1H18. Also, due to an impairment expense of $227.4 million, the EBITDA was at $192.6 million in 1H19 compared with $413 million in 1H18. It had been reported that the gross profits in the consumer segment were impacted adversely by the NBN rollout, which had resulted in the gross margin erosion along with loss of phone voice revenue; meanwhile, decrease in the employment and overhead costs helped to partially offset the effects of NBN rollout. The corporate results reflected the contribution from the contract to provide fibre service to VHA along with other on-net fibre sales.

The telecommunications company also reported that the business in Singapore continues to progress, and its network had achieved nationwide outdoor coverage performance result of above 99%. In December 2018, TPG launched a service trial for the customers, allowing them to use the network for free for twelve months; meanwhile, the company would enhance the performance, network coverage and features. The board of the TPG Telecom had announced an interim dividend of 2 cents (fully franked), which had been paid on 21 May 2019.

On 23 May 2019, it was reported that the debt facility of the company with Commonwealth Bank of Australia had been increased to $7.2 million. In addition to this, 5GN also completed a placement through the issue of 10,000,000 new fully paid ordinary shares to investors at $0.80 per share and raised $8 million before costs on 8 April 2019.

As per the releases, the company expects to utilise the fresh capital in executing the strategy and expansion in the current market. Also, 5G Networks would continue to explore accretive acquisitions in data centres, managed service providers, AWS partners and software development companies.

On 23 April 2019, 5G Networks reported the completion of Melbourne Data Centre (MDC) transaction. Subsequently, the existing shareholder of MDC would be issued $1.75 million of shares. Previously, the company had released an announcement pertaining to the acquisition. As per the announcement, it had been reported that the purchase price of $5.7 million would be paid through $1 million in cash and $1.75 million in issued shares along with $2.95 million in cash over the next three years. 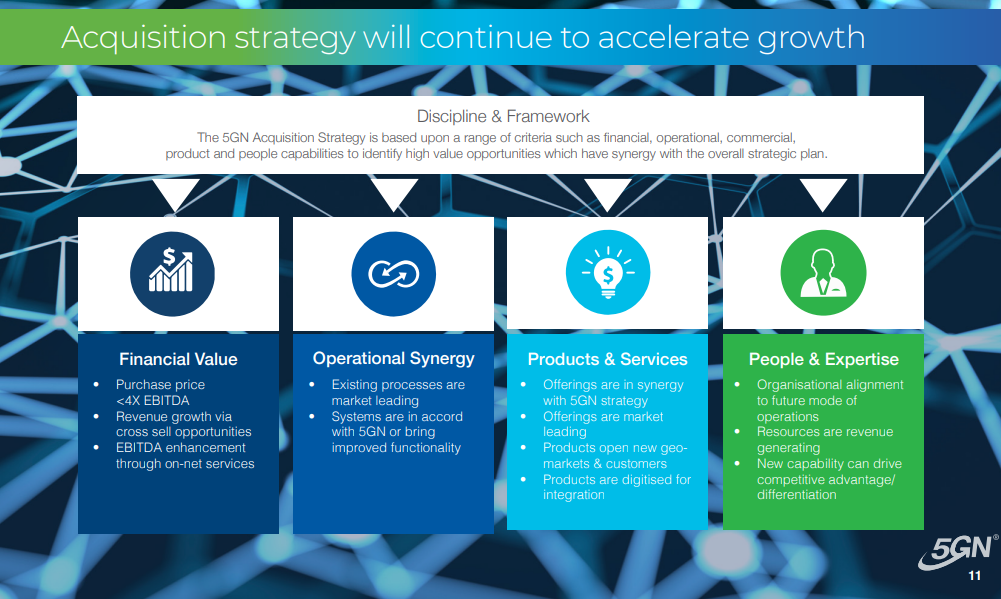