Many analysts believe that the technology sector has the potential to deliver attractive returns to investors. Notably, in 2019, the ASX/S&P Information technology sector index delivered a return of 32.96%. As a consequence of which, many investors are keenly looking at the performance of this sector as well as the stocks belonging to the tech sector.

We have screened few tech stocks which have witnessed strong operational progress over last year. Let’s take a closer look at these tech stocks and their recent updates.

Appen Limited (ASX: APX) is a technology company which is involved in providing high-quality data solutions and services for machine learning and artificial intelligence applications in order to handle large-scale data collection and annotation projects, on demand.

It is interesting to note that the stock of APX has provided a huge return of 74% during the last one year. The stock is currently trading at a price of $26.050 with a market cap of around $2.95 billion.

In the first half of 2019, the revenue of Appen Limited went up by 60% to $245.1 million and underlying EBITDA margins improved from 16.8% to 18.9%. In addition to high revenue growth, underlying NPAT witnessed an increase of 67% and stood at $29.6 million. The strong financial performance of the company enabled the Board to declare a partially franked dividend of 4 cents per share. 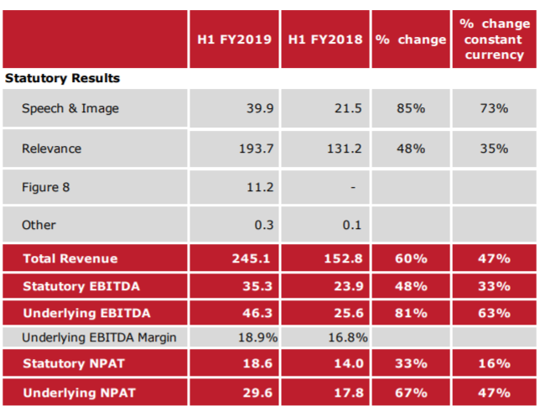 The company has recently given its improved EBITDA guidance for FY19 and expects it to be in the range of $96 million to $99 million. This improvement is a result of an increase in monthly relevance revenues and margins, driven from existing projects with existing customers. The company has also confirmed its ARR guidance and expects it to be in between $30 million to $35 million.

Appen recently announced that it will release earnings information for the year ended 31 December 2019 on 25 February 2020.

Last month, MOB secured a contract exceeding $2 million from Elbit System for being the sole vendor for controllers for all tactical drones. In the last six months, MOB stock provided a return of 39.53% to its shareholders. At market close on 17 January 2020, MOB stock was trading at a price of $0.110 with a market cap of around $30.95 million.

Major League Rugby (MLR), the premier rugby union competition in North America, has implemented Catapult Group International’s technology for all 12 of its teams starting with the 2020 season to utilise CAT’s top of the line sports technology capabilities and for continued development of its athlete’s training, and its league analytics.

Recently, the company signed multiple high profile and strategic elite clients in the US and announced the signing of DIMAYOR, Colombia’s premier football competition, who chose to implement Catapult for all 36 of its teams across first and second division.

The company has recently announced that 5,368,699 fully paid ordinary shares will be released from mandatory escrow. The company has performed well during the Black Friday and Cyber Monday holiday period with first ever day of underlying merchant sales of more than $1 million day. The Average Order Value for the same period went up to US$820, representing an increase on the Company’s year-to-date AOV of US$644.

The company has recently released its quarterly update for September quarter wherein it reported strong growth across all key operational performance metrics. For the quarter ended 30 September 2019, total merchants reached 624, up by 97% on pcp with merchant transaction volume of US$30.5 million, up by 100% from US$15.2 million in Q318.

The company will continue to implement its growth strategy and will acquire large merchants and will build strong partnerships with eCommerce platforms, payment processors, technology services, point of sale providers, banks and large multinational corporations to scale at a faster rate. SPT also anticipates unique customers and transaction volumes, which will support growth in merchant fees in the upcoming years.

Human resources technology company Xref Limited recently issued 10,593,939 new fully paid ordinary shares at a consideration of $0.33 per share. CV Check Limited and Xref Limited recently formed a strategic alliance with an intention to create a formidable offering that will greatly benefit the customers of both the parties. 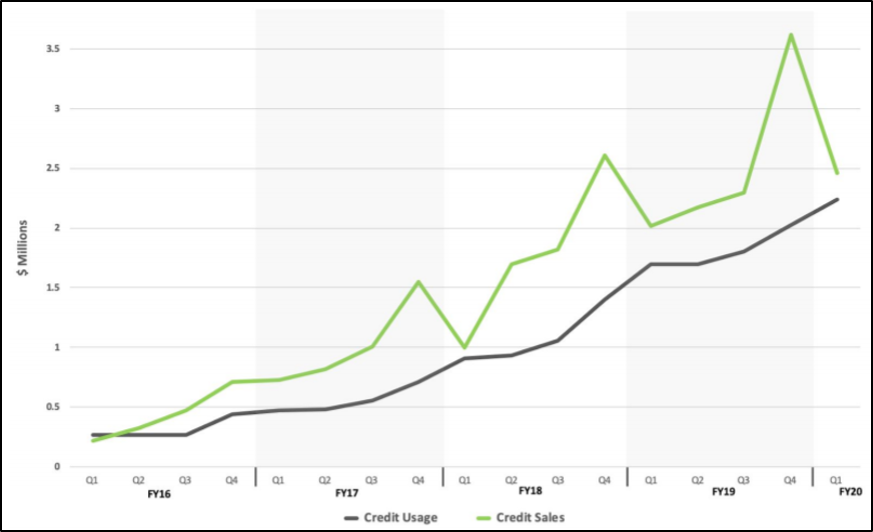