5 Champion Stocks on the ASX

Market conditions weigh heavily on a stock's performance and so does trade relations. Besides, investors keenly eye company fundamentals, stock performance and recent announcements (corporate actions, financial performance, project/product updates, etc) by the company. Fundamental along with technical scrutiny are looked upon to judge the direction of the market- bull or bear.

In this article, we would take a look at 5 stocks, that are listed and trading on the Australian Securities Exchange. It should be noted that these are trending stocks and are rightly tagged in the list of the Top Performers on ASX.

Company Profile: A leading property investment and funds management company, CHC was founded in 1991 and has a diverse portfolio of over 820 properties with a total value of ~$30 billion in the industrial, retail, corporate and most recent in the early learning centres. The company’s aim is to support businesses by catering towards their workplace needs.

Commencement of due diligence of AOF: As per ASX update today, consortium of CHC and Abacus Property Group (ASX: ABP) have signed a Confidentiality Deed to conduct non-exclusive due diligence for the purpose of acquiring all the issued units in Australian Unity Office Fund (ASX: AOF)

CHC acquires Global HQ of Telstra: On 12 July 2019, the company announced that it has entered into a partnership to fully acquire the freehold interest in the Global HQ of Telstra (ASX: TLS) in Melbourne’s CBD, for $830 million. The property, where base building’s upgrade works program is currently underway, would be owned by the partnership consisting of CHC ~$5.3 billion Charter Hall Prime Office Fund and the Public Sector Pension Investment Board. The Group had built the HQ for Telstra occupation in 1992, leased on a Weighted Average Lease Expiry of 11.9 years with TLS lease expiring 2032 with options of subsequent renewal.  The market transaction is due to settle in 1H FY20.

Company Profile: An industrial leader for aerial imagery and data insights move location analysis, NEA caters to the ANZ region and the US. It was founded in 2007 in Perth and is regarded as the next-gen digital content provider, catering towards aerial imagery, cohesive geospatial tools and city-scale 3D data sets.

FY19 Preliminary Results: On 12 July 2019, the company delightfully announced that FY19 is going to be another growth metric year, subject to the final audit. As per the preliminary results, the closing ACV portfolio had grown to be worth ~$90 million, almost A$14 million more than FY18. The annual increase in incremental ACV was recorded at $24 million, up by ~$5 million from FY18.

The core business cash balance at the end of June was ~$18 million and the Group cash balance was ~$76 million. Almost $9 million of capital raise proceeds had been utilised towards pacing up growth initiatives. The FY19 results of NEA would be provided later this year on 21 August. The company would adopt the AASB 16 leases standard in FY20.

Company Profile: A leading provider of professional digital audio networking technologies across the globe, AD8 made buzz through its Dante platform, which provides interoperability between audio devices enables one savour the high quality and flexible solution. The company was formed in Sydney and got listed on the ASX in 2017. 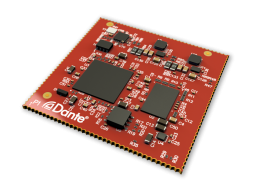 Commercial availability of Dante AV: On 16 June 2019, the company notified the market that the Dante AV Module™ and the Dante AV Product Design Suite™ products can now be commercially ordered by producers. The company bagged its first customer, the US manufacturer Patton Electronics, who would be first to sign a purchase order and adopt the Dante AV.

Looking at the products, The Dante AV Module™ supports a video channel and 8 uncompressed Dante audio channels over a 1Gbps network, with the facility to add video and audio networking. The Dante AV Product Design Suite™ uses a turnkey product design thereby enabling the manufacturers to get quickly to market.

SPP completion: On 10 July 2019, AD8 completed an oversubscribed (9 times) SPP with applications over A$37 million. The company had to scale back the share allotment keeping in mind the cap of A$4 million. The funds raised were indicated be used towards expand global sales penetration, development and expansion of product initiatives and provide an add-on to the balance sheet.

Company Profile: A tech-savvy payments company, APT has leaped ahead in the retail innovation by providing the provision of ‘buy now, receive now, pay later’ servicse. With ~4.3 million customers and ~30,600 merchants in its kitty, the company caters to Australia and overseas and aims at ensuring security, fraud and compliances related to the payment processes. 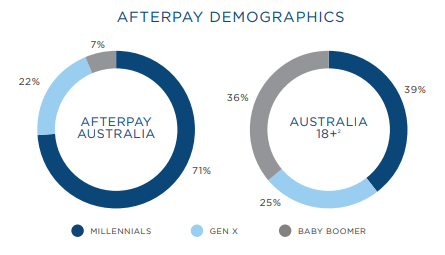 SPP Letter for Shareholders: On 4 July 2019, the company made an announcement in the interest of its shareholders to defer the SPP which was previously announced on 11 June 2019, as the company seeks the conclusion of the final audit report, which was underway the AUSTRAC external audit. APT would further update on the SPP deferred offer, if required.

Board Updates: On 2 July 2019, the company announced that it was transitioning to a majority independent Board with an independent Chair, and a global hunt for two probable independent directors was due to begin.

Company Profile: Operating as a global-scale Australian gold producer, NST has projects situated in Australia and North America. The company acquired the Paulsens mine in July 2010 and ever since has been assembling mining portfolios in its kitty. Recently in 2018, the company acquired the world-class Pogo gold mine in Alaska. The company was listed on the ASX in 2003 and has its registered office in Subiaco. 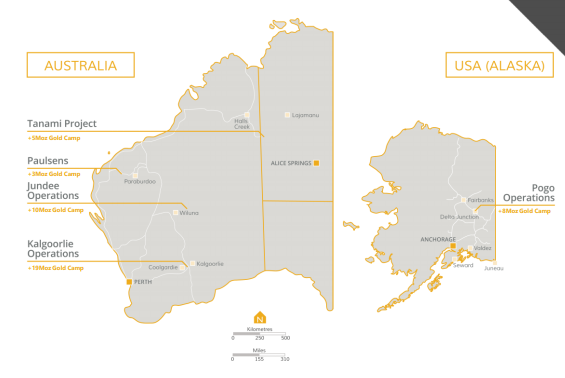 London Roadshow: On 18 June 2019, the company made a presentation titled “An Australian gold miner - for global investors” at the London Roadshow and stated that its FY2019 guidance was 850koz-900koz per annum at an AISC of A$1,225/oz - A$1,275/oz. The company has been delivering a ROE of 34 per cent over the last five years and had projected 33% growth in group operating cash flows of A$169 million in 1H19. The company has a A$75-A$80 million exploration and drilling commitment for FY2019, with the core focus being on Resource conversion.  The company would be investing A$50 million over the next 10 years to continue expanding its mining, geology and processing capability. 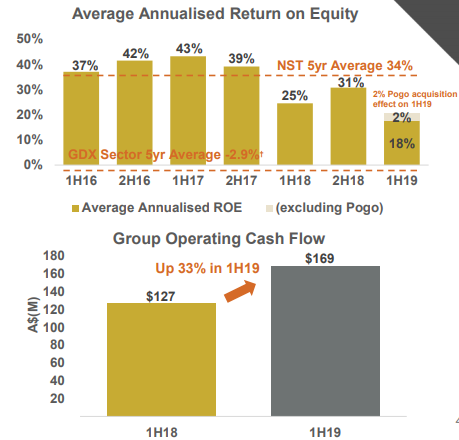