Those companies which are expected to grow at a rate higher than the market growth rate are generally considered as growth stocks. Growth stocks have the potential to increase investors’ money by several folds.

How to identify growth stocks?

Lately, growth stocks have become popular among investors. Investors are increasingly seeking stocks that have the potential to grow in the future. Let’s take a quick look at few features of growth stocks which sets them apart from other stocks.

Future Growth- Growth stocks, as the name suggests, are expected to grow at higher than the average market rate. This means that the market is probably in the favor of these stocks. For example, right now in Australia, many technology stocks are considered as growth stocks because of the positive outlook.

It is to be noted that, growth stocks are not those companies which already have big scale operations and market cap of several billions. These are comparatively smaller companies which have the potential to grow into multibillion companies.

Let us now look at 5 ASX- listed growth stocks which are under investors radar.

The company’s inhouse developed platforms includes: ISXPay®, Paydentity™, Probanx® CorePlus and CoreConnect. These platforms allows it to deliver services to merchants and retail customers. The company can leverage its products to maximise its opportunities, without paying royalties or fees for core services. The company offer between 16 to 23 currencies natively to its merchants. 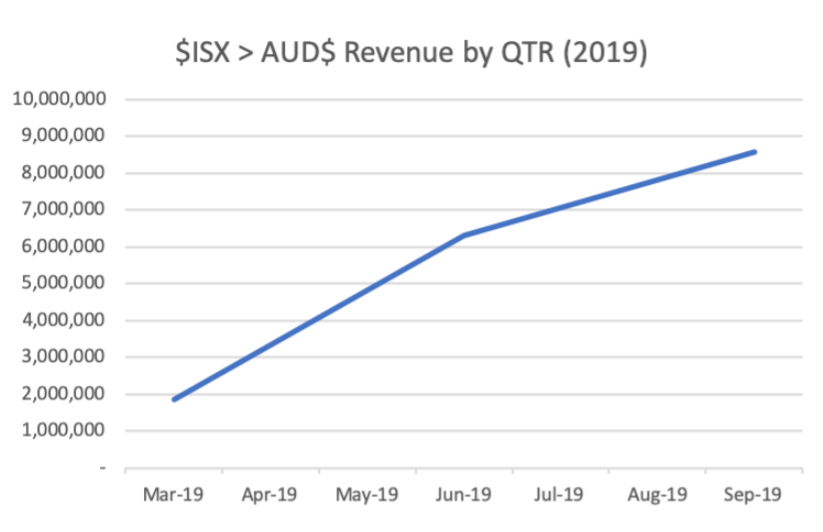 Qantas Airways Limited (ASX: QAN) performed well during Q1 FY20, with total group revenue up by 1.8% on pcp to a record $4.56 billion. However, Qantas’ Group Domestic Unit Revenue was down by 0.9% on pcp due to mixed market conditions.

Major developments made by Qantas during the quarter include:

Healthcare company Nanosonics Limited (ASX: NAN) is involved in the development of innovative solutions for a world market demanding innovation to solve many intractable problems. The company’s trophon technology has a presence of over 20,000 globally installed devices, resulting in around 70,000 cycles every day – with each cycle contributing to mitigating against the spread of potentially fatal Healthcare Associated Infections (HAIs). The trophon installed base continued to grow strongly throughout FY19.

During FY19, Nanosonics achieved robust progress across its business, technical and corporate objectives. During the year, the company’s sales increased strongly by 39% to $84.3 million, reflecting the continuing strong growth in the installed base. The company’s operating profit before tax increased by more than 200% in FY19 to $16.8 million.

Provider of online accounting software, Xero Limited (ASX: XRO) achieved an impressive set of results in the year to 31 March 2019. During the year, the company improved its financial and operating metrics, while prioritising investment in growth.

During the year, the company successfully completed a US$300 million convertible notes issue, providing the business with financial flexibility to enhance and extend Xero’s small business platform and ecosystem capabilities, through complementary targeted acquisitions.

Employment related services provider, SEEK Limited (ASX: SEK) recently announced pricing and contract changes to improve flexibility and efficiency to be rolled out to Australian customers on ‘subscription’ contracts. These changes are: