Rapid technology advancement in the recent world has attracted various investors towards this sector. Two important tech stocks are TechnologyOne Limited (ASX: TNE) and NEXTDC Limited (ASX: NXT). Let’s see how these stocks have performed based on their recent updates.

TechnologyOne Limited (ASX: TNE) is a provider of integrated enterprise business software solutions. The appointment of Mr Clifford Rosenberg as an Independent Non-Executive Director has been recently confirmed by TNE. The company intends to increase its Board size by adding the fourth director at the latter part of this year. Mr Rosenberg is the third addition to the Board as an Independent Director. In its Annual General Meeting Presentation, the company reported an increase in total annual recurring revenue of 22% to $169 million. TNE reported 14% CAGR growth in NPAT from $23.6 million in the year 2012 to $51 million in the year 2018. Its net margin improved from 21% in 2017 to 22% in 2018, along with an increase in annual licence fee CAGR of 14% from $43.1 million in 2009 to $139.6 million in 2018. 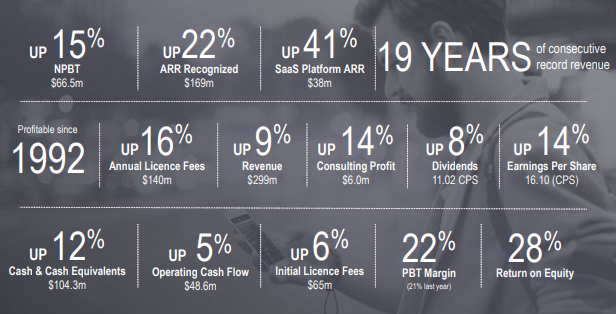 As for the impact of the property acquisitions, current utilisation levels and new customer contracts in H2 FY19, NXT reduced its revenue guidance range for FY19 from $183 million earlier to $188 million to $180 million to $184 million. However, NXT’s guidance remains unchanged for underlying EBITDA and capital expenditure in the range of $83 million to $87 million and $430 million to $470 million, respectively. 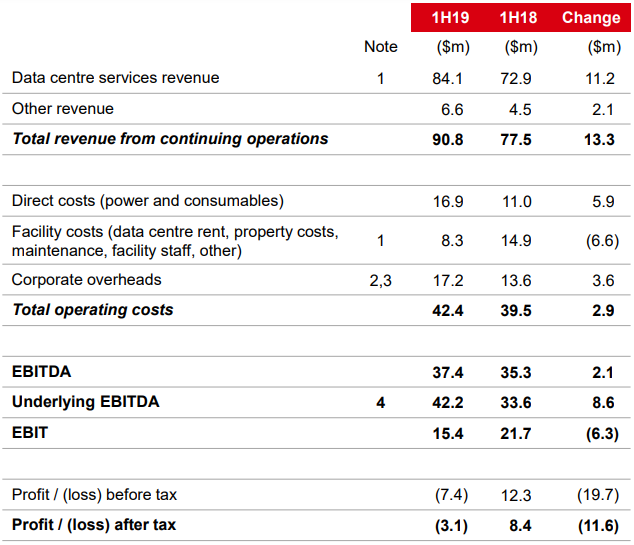