Three mid-cap mining stocks worth looking at in 2021

The mining industry in the US is a major livelihood provider, employing nearly 1.2 million people in 2020. Besides, the industry is a vital contributor to the overall growth in the economy.

In 2020, the production of metals in the US was estimated at ~US$27.7 billion, according to a USGS report dated 29 January 2021. The value added to the GDP by key industries consuming processed mineral materials stood at US$3.03 trillion, approximately 14.5% of the US GDP. 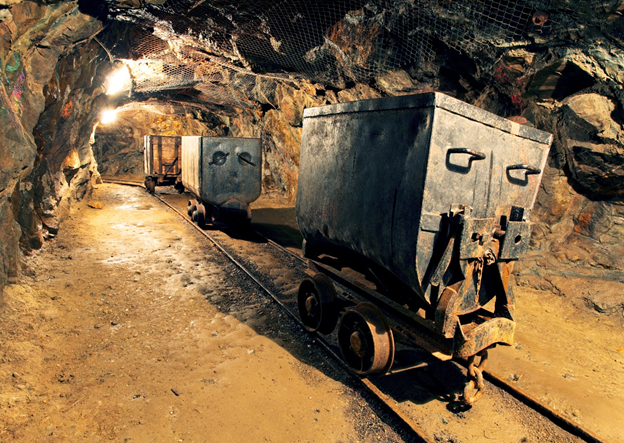 Most prominent mining companies have an international presence with their assets and operations spread across the globe. Let us flick through three mid-cap mining companies listed on the US stock exchange.

Albermarle is a chemical manufacturing and processing company engaged in lithium, bromine, catalysts, and fine chemistry services. Lithium business contributes the maximum to the revenue of the Company.

The Company is also involved in recycling the lithium-containing by-products.

The bromine segment of the Company contributes the second-highest share in the revenue  (nearly 31%). Most bromine is used in manufacturing fire safety solutions. It is also used for enhancing the flame and heat resistance of materials.

The Company sources bromine from Arkansas and the Dead Sea. The supply from the Dead Sea is ensured through a JV with Jordan Bromine Company Limited. It has a vast resource base that can continue supplying over a considerable period. 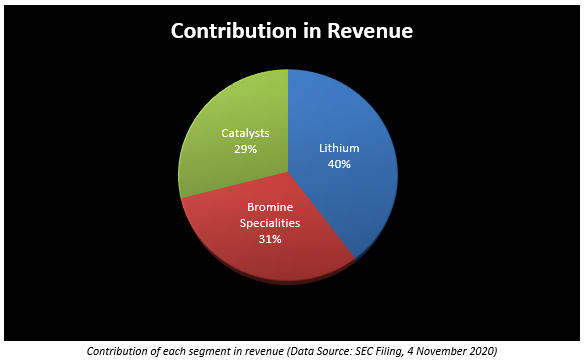 Royal Gold is engaged in the mining of precious metals and has assets all around the world. The Company has interests in more than 41 producing assets in different countries; most of them are gold. During the December quarter, the Company generated record revenue of US$158.4 million, and profit stood at US$59.9 million.

The Company paid US$18.4 million as dividends or US1.2 per share.

Royal Gold has finished funding the Khoemacau Silver Project in Botswana. The construction of the project is nearly 85% complete. The Company has made a total contribution of US$212 million till now to earn the full base silver stream.

Royal Gold has a business model in which it owns Royalty Interests and Stream Interests. Royalty interest allows the Company to have a right to a certain percentage in revenue or metal production on a mining project.

Stream interests is a kind of an agreement or a contract in which the Company buys metal production from a mining project at a predetermined price. Royal Gold provides funds to finance the project in lieu of the agreement.

Both the investment methods provide a hedge over risks associated with mining exploration activities and many capital costs related to the mining activities.

Hecla is the largest silver producer in the US, producing nearly one-third of all the silver in the country. The Company operates two of the top five largest silver mines globally - Greens Creek and Lucky Friday.

The Company produced 3.5 Moz of silver with an All-in Sustaining Cost (AISC) of US$11.53/oz during the September quarter. Hecla realized a price of US$25.32/oz for silver.

Gold production for the reporting quarter stood at 41.2 Koz with an AISC of 1,855 per ounces. The average price realized by the Company was US$1,929 per ounces.