The stocks of Amprius Technologies, Inc. (NYSE: AMPX) seem to be moving on market participants' radar on Friday, September 16, as seen by the notable jump in its trading price.

The stock price of the AMPX stock jumped about 68 per cent in the morning trading session on Friday, a day after the firm started trading on NYSE.

Let's dive into the key details about Amprius Technologies and its recent developments with Kalkine Media®.

Amprius Technologies is a lithium-ion battery company that claims to offer more running time and range with its Silicon Nanowire Anode Platform. The battery maker made its debut in the US market on September 15, through its business merger with a SPAC firm.

Amprius Technologies said that it had concluded its business merger with Kensington Capital Acquisition Corp. IV (KCAU), through which it went public in the US market. The SPAC merger proposal had received approval from the shareholders of the SPAC firm, Kensington Capital, in a "special meeting" that took place on Tuesday, September 13. The meeting had its formal conclusion the following day.

Meanwhile, the battery maker started trading on New York Stock Exchange (NYSE) on Thursday, September 15. It got listed under the ticker symbol "AMPX", while its public warrants are trading under the ticker sign "AMPX.W".

Amprius has been developing and producing commercial "ultra-high energy density" lithium-ion batteries for the last four years. It primarily provides its services to the mobility segment. 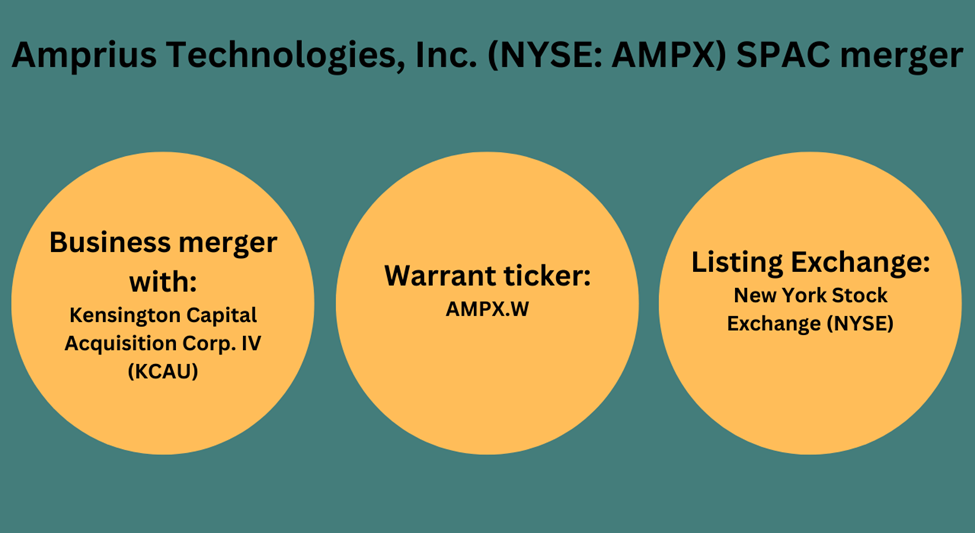 Talking about its recent stock performance, the AMPX stock jumped 68 per cent to trade at US$ 16.80 on September 16, after closing at US$ 9.9999 in the prior session. Its opening price on Thursday was US$ 9.01. AMPX’s trading volume was over 1.53 million in the morning trading on September 16.

The Fremont, California-based company making its debut in the public market might have helped it in gaining attention from the traders. The company began trading on NYSE amid a rout in the global market along with the cooling IPO and SPAC segment due to several market uncertainties.

Amprius CEO Dr. Kang Sun said that the business combination deal would help the company with capital, which it could use in expanding its production to fulfill the robust demand in the market.