Akili (AKLI) stock soared over 100% today: All you need to know

The Akili, Inc. (NASDAQ: AKLI) stock was among the top-performing stocks on Wall Street on Monday, August 22. The AKLI stock soared over 100 per cent.

Akili was recently in the news due to its SPAC (special purpose acquisition company) merger update. The AKLI stock started trading on the Nasdaq Capital Market (NASDAQ) on August 22.

According to the release by the firm, the newly formed entity, Akili, Inc. was supposed to start trading on the Nasdaq Capital on August 22. The ticker symbol of the newly formed firm is AKLI.

The SPAC merger provided gross proceeds of over US$ 163 million from the transaction, before subtracting transaction and other advisory expenses and fees.

The firm said that it expects the raised amount along with cash on hand would be adequate for funding its business operations for at least 24 months, excluding any revenue contributions from EndeavorRx.

Meanwhile, the gross proceeds from the merger would be used in funding the commercial launch of EndeavorRx. which the company claims to be an FDA-approved and a certified prescription digital therapeutic for children. Notably, the US Food and Drug Administration (FDA) approved the treatment in June 2020.

According to the company's official release, the shareholders of the firm approved the merger at a general meeting on Thursday, August 18. 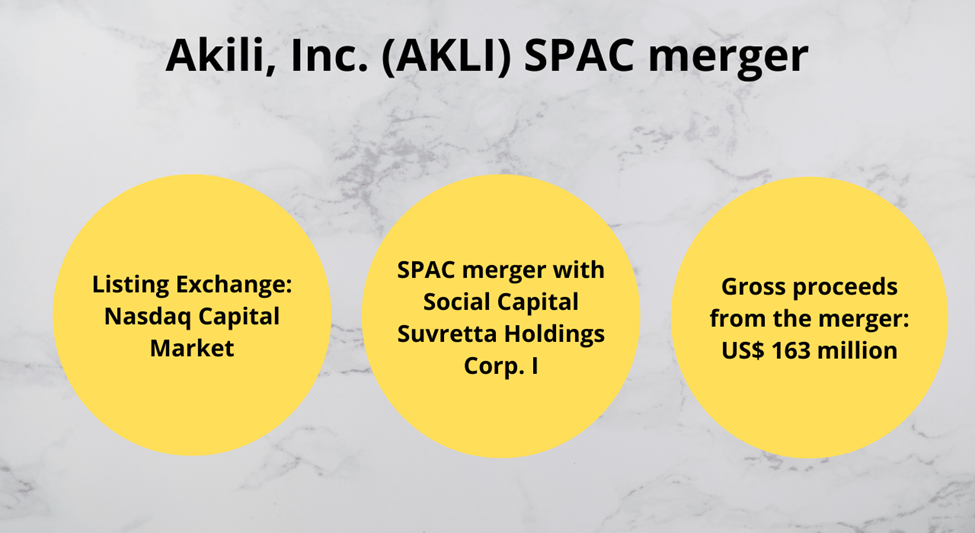 Investors should closely evaluate the company's operating segments and other factors before spending on the stocks. Several small-time investors sometimes circle a newly debuted firm, sending its shares up. But that momentum tends to stay for the short term.