US stocks close in red on gloomy economic outlook

US stocks closed the session in red on Thursday, September 30, as the Delta virus threat painted a gloomy picture for the economy, and investors stayed away from risky bets.

The top three benchmark indices were on course to their worst quarterly performance since early 2020. There has been a spike in Delta infections in recent weeks, although the health agencies are now better prepared than they were in the first wave of the virus early this year.

Meanwhile, on Thursday, the US Congress passed a crucial bill to avert a potential partial government shutdown. The legislation would ensure government funding through December 3.

The House passed the bill in a 254 to 175 vote just hours before the current funding was due to expire. The legislation provided US$28.6 billion in disaster aid, among other expenditures. Meanwhile, President Biden was expected sign the bipartisan bill before its midnight deadline.

Communication and technology stocks were the top gainers on S&P 500. The Industrial and consumer sectors were the bottom movers. Eight of the 11 index segments stayed in the red.

Paychex, Inc. (PAYX) stock rose 5.55% after reporting quarterly earnings on Thursday. The revenue came in at US$1.08 billion for the quarter ended August 31 compared to US$932.2 million in the year-ago quarter. Its net income was US$333.6 million against US$211.6 million in the previous year.

CarMax, Inc. (KMX) stock fell 11.56% after quarterly results. Its total sales and revenue were US$7.98 billion in Q2, FY22, compared to US$5.37 billion in the second quarter of the previous year.

Retail store operator Bed Bath & Beyond Inc. (BBBY) stock fell 21.62% after reporting quarterly results on Thursday. Its net sales were US$1.98 billion in Q2, FY21, against US$2.68 billion in the year-ago quarter. Its net loss was US$73.21 million in the period. 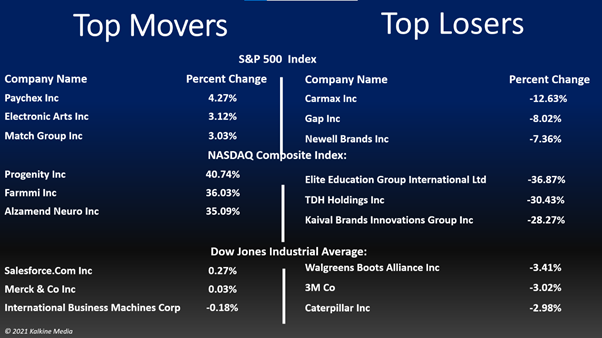 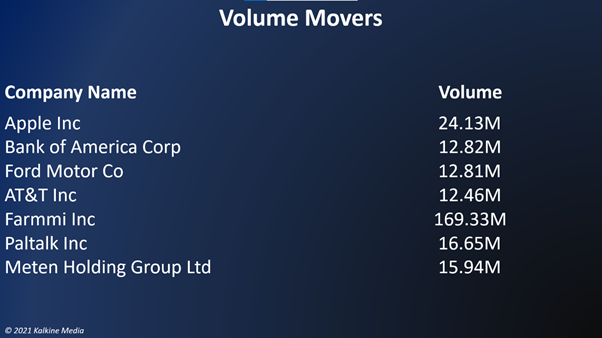