Niantic IPO: Is the gaming company gearing up for public offer?

The gaming company has recently raised US$300 million from global investment firm Coatue, bringing its valuation to US$9.0 billion.

The company plans to use the funds to expand the Lightship developer platform and the Real-World Metaverse for developing new apps and games.

Niantic IPO: Is the gaming company gearing up for public offer?

The company launched the Lightship platform early this month after the success of its Pokemon Go and Ingress Prime games. Lightship offers developers a platform to experiment with AR. 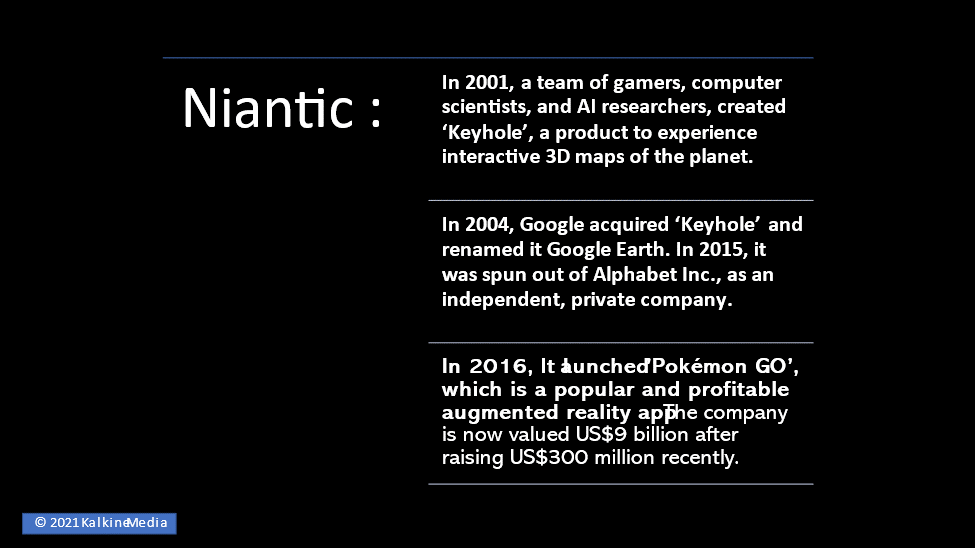 According to the company, millions of people play Niantic games, including the popular Pokemon GO. Players of Pokemon GO have walked over 10.9 billion miles to date, it said. Last month, it launched the Pikmin Bloom, a smartphone app that bring joy to walkers.

The company aims to develop technology to bring people close to the outside world.

Its Lightship AR Developer kit (ARDK) offers users opportunities to develop AR games based on their vision. The ARDK kit has been used by companies like Universal Pictures, Softbank, the PGA of America, Warner Music Group, etc.

Lightship focuses on AR products that can be used through smartphones instead of VR-based headsets as these are found to be cumbersome and inaccessible to all.

Niantic, spun off from Google, aims to make the world a happy place through its AR products. The Pokemon GO game has proven to be a huge hit. It earned around US$1 billion in 2020. However, analysts expect higher earnings for the company in 2021.

As the metaverse concept permeates into various spheres and becomes a reality, Niantic hopes its newest Lightship ARDK platform will provide a steady stream of revenue and major draw for investors in the run-up to the IPO. Although the company hasn’t provided a specific date for the IPO, analysts expect it might come sooner than later.