Morrisons received a conditional cash offer bid by US-based private equity firm CD&R (which offered to pay GBX 230 per share. It was also said by some media houses that CD&R would take over Morrisons’ £3.2 billion debt, taking the total value of the deal to £9 billion. CD&R deal valued the company near about £5.5 billion.

However, the company, after consulting with its financial adviser, Rothschild & Co rejected the bid-offer, stating that it significantly undervalued Morrisons shares, and the company’s future prospects.

Morrisons supermarket, which has an online partnership with Amazon for same-day delivery of groceries for Amazon prime subscribers, is considered as a potential acquisition target by Amazon. 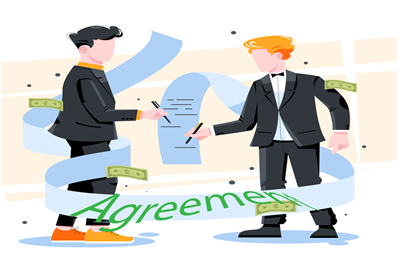 Morrisons is the fourth-largest supermarket chain in the United Kingdom with over 10 % market share in its segments and owns more than 500 stores across England, Wales and Scotland.

During the pandemic hit year, Morrisons’ profit before tax fell by 50.7% to £201 million (FY20: £408 million) on the sales of £17.6 billion. The company reported lesser profit due to a surge in employee cost, extra colleague bonus to store staff, initiatives for food banks, and other donations. Most importantly, the company didn’t avail of business rate relief announced by the government during the pandemic time.

CD&R, one of the oldest private equity firms in the world was founded in 1978 and has managed over $30 billion of investment in close to 90 different businesses covering a broad range of industries. The private equity firm has an ownership stake in The Hertz Corporations, US Foods and many others.

For the UK markets in particular, CD&R has invested in FTSE100 listed B&M Retail, which returned over £1 billion to the private equity firm. Recently, CD&R settled to a £2.8 billion buyout of healthcare group UDG followed by a £308 million offer for Wolseley Group.

Many UK-based businesses in recent times are on the investment radar of private equity firms, the major reason being the share price of many UK listed companies has not fully recovered from steep falls at the beginning of the pandemic compared to other indices, also borrowing money remains cheap because of low-interest rates in the nation.

In February, Asda Stores Ltd., a third-largest supermarket chain in the UK by market share, was acquired by the joint bid of private equity firm TDR Capital and the billionaire Issa brothers, valued at £6.8 billion.