Why did Tesco (TSCO) shares drop despite improved full-year guidance?

Group retail performance: The group’s Q3 retail sales performance 1-year LFL was up by 2.4 per cent and 7.9 per cent on a 2-year LFL basis.

The group’s CEO, Ken Murphy, said the group outperformed the market, and increased its market share as well as strengthened Tesco’s value position. This strong result came as the group focused on investing towards protecting the availability and providing great value despite being faced with dual headwinds of cost pressures and supply-chain related issues. 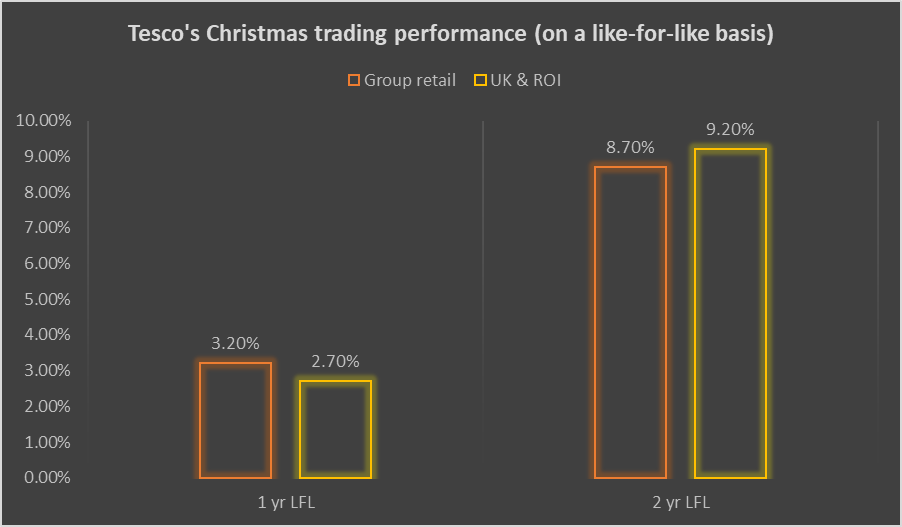 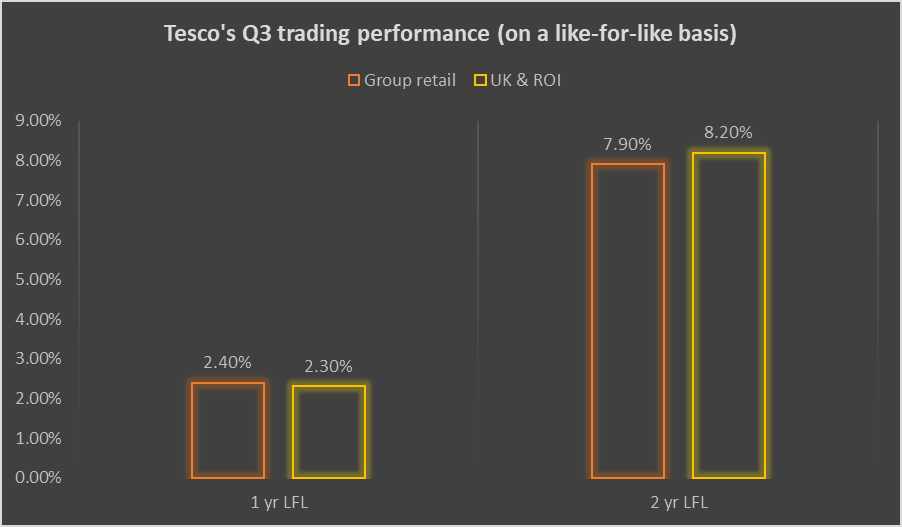 Furthermore, the group anticipates its full-year bank operating profit to now be in the range of £160 million and £200 million. This guidance comes due to having an improved economic forecast on its expected credit losses provision.