The lockdowns during the pandemic pushed up the online share of UK grocery sales to a record value of 17 per cent in February. The latest industry data released by NielsenIQ on Tuesday, 9 March, showed that this was a 1 per cent rise in share in merely a month’s time.

Mike Watkins, head of retailer and business, NielsenIQ UK, said that the online shopping had become a permanent fixture for most UK shoppers. Consumer confidence got a boost with the progress of the vaccination programme and government’s clear outline of the roadmap out of the lockdown, he added. 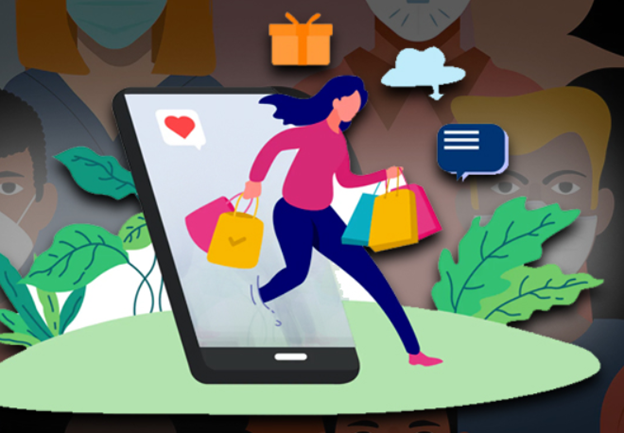 The NielsenIQ survey revealed that the UK shoppers spent £1.5 billion on groceries online for the four-week period ending 27 February, a whooping 132 per cent rise over the same period last year.

It added that the number of households shopping online for groceries had more than doubled over the previous year to 11.8 million. Additionally, total UK grocery sales grew at a healthy pace of 10.6 per cent in February 2021 compared to same month last year.

England had to enter its third nationwide lockdown on 4 January to contain the rise in coronavirus cases. Schools were closed for most people, hospitality sector was shut down, and work for home was suggested wherever possible.

Also Read: Is the £5-bn scheme for high street recovery in Budget 2021 enough?

The Bradford-based supermarket chain Morrison Supermarkets plc (LON: MRW) grew fast showing 11.7 per cent rise in sales over the 12 weeks ending 27 February, as per the NielsenIQ survey results. The company has also proactively pledged net zero supplies by 2030. By doing so, it will be the first British supermarket to attain the target five years ahead of the market. The company’s stock (LON: MRW) was trading at GBX 174.80 on the London Stock Exchange, up 1.63 per cent from its previous day’s close on 9 March at 12.08 PM.

Sales rose by 9.5 per cent for the same 12-week period at Tesco plc (LON: TSCO).  The retailer recently committed to healthy food and drink sales in response to investor demands. It aims to raise sales of healthy foods as a proportion of total sales to 65 per cent from the existing value of 58 per cent.

Annual sales for the 12 weeks ending 27 February were up by 8.7 per cent for J Sainsbury plc (LON: SBRY). The company recently decided to close its offices in London along with an online order packing center. With this move, it planned to cut 500 head office jobs. The company’s stock (LON: SBRY) was valued at GBX 231.90 on 9 March at 12.23 PM, up 2.52 per cent from the earlier day’s close.