British oil and gas multinational company BP Plc (LON:BP.) announced over three fold jump in profits to $4.7 billion in the first quarter of 2021, up from a profit of $1.4 billion in the previous quarter. The company also announced that it would begin its share buyback programme worth $500 million in the second quarter.

The company’s disinvestment proceeds for the quarter were $4.8 billion. This included $2.4 billion from a 20 per cent stake sale in Oman Block 61. The company also garnered $1.0 billion as a final instalment from the selling off its petrochemicals business. 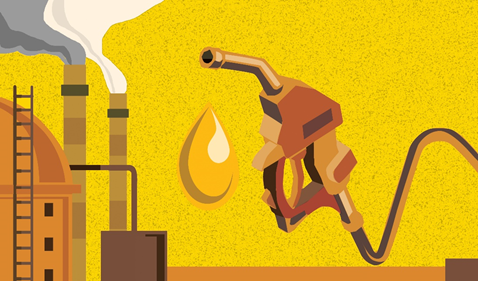 He also said that the company delivered disciplined progress across the company, which included setting up of an offshore wind business, building on its growth prospects in Mexico, and making progress on its electrification ambitions.

Oil demand is expected to pick steam in 2021 on the back of robust growth projections in China and the US with an increased pace of vaccination rollout and lifting of lockdowns. The company said that it sees global demand to go above 2019 levels.

For Q2 2021, the company expects to see increased product demand because of successful vaccine implementation and reopening.  The company said that the improved demand would help it to provide support to refining margins. The company also expects a better turnaround in its refining portfolio.

In June 2020, the company had announced that it would be cutting off 10,000 jobs as the economic fallout of the pandemic, which resulted in a slump in oil prices. In 2020 when Looney took charge of the company, he had promised to become net emissions neutral by 2050, which became one of the most ambitious climate change targets in the energy sector.

Experts from the sector said that the energy sector had a difficult year owing to oil prices crashing and travel being banned across the world. However, BP is now benefitting from the economic recovery being seen and is on track to reroute its business towards a low-carbon footprint.