The shares of the Australian mining company Newcrest Mining (ASX: NCM) were up 2.72 per cent on 14 July at 4:06 PM AEST, as Australia's gold index jumped 2.5 per cent to its highest level since 17 June. The shares were trading at AU$26.65.

The company recently, on 2 July, had informed that Panel Cave 2 at Cadia operation site faced a localised seismic impact. There were no injuries incurred because of the occurrence all workers could be brought back to the surface post the occurrence. The ground support mechanism helped the company in avoiding damage to infrastructure. 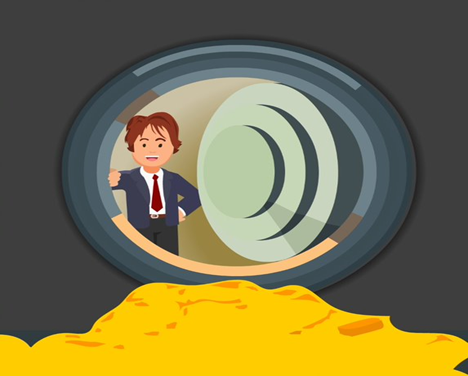 In the announcement of its results for the quarter ended 31 March, the company said that it was aiming for an annual dividend payout that would be between 30-60 per cent of the cash flow. A minimum of $15 cents each share would be paid as total annual dividends for a whole year.

Gold prices firmed up overnight as data revealed that last month, US consumer prices saw the biggest rise in 13 years. The US central bank supports gold, which makes it unlikely on its part to opt for tightening of monetary policy response.

Australia’s biggest listed gold miner stock has added over 2 per cent and is expected to end higher for the third straight day.

For the quarter ended 31 March 2021, the company’s copper production stood at 35kt and gold production was at 512koz; the numbers were in line with the company’ expectations. The company is hopeful of delivering its FY21 guidance.

In an exploration update on 10 June, the company said that at Red Chris it was continuing work to expand higher grade mineralisation and expand the higher-grade footprint. Drilling operations are ongoing to define the extent of the quality of higher grades. At the Havieron site, growth drilling has returned high grade extensions.