Will Anglo American be able to achieve full-year production targets?

Anglo American PLC is a UK based mining group. The Group has operations in Europe, Southern Africa, North and South America and Australia. The Group deals in Diamond, Copper, Platinum, Coal, Iron ore, Nickel, Manganese and Polyhalite. Anglo American is listed on the FTSE-100 index. 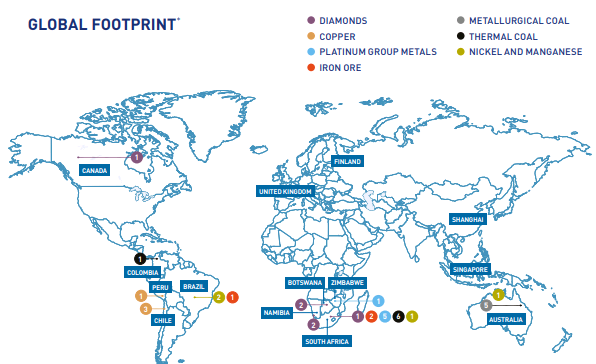 In Q3 20, the Group reported a 24% increase in production sequentially, and it is currently operating at 95% of the standard capacity. The Group underwent planned maintenance at Minas Rio iron project and halted operation at Grosvenor in Australia, which impacted the production. However, it was offset by robust performance of Collahuasi copper project in Chile. A slight uptick in demand for the rough diamond has been seen as the holiday season is approaching.

Copper production: The resilient operation at Collahuasi plant drove the copper production, which increased by 4% year on year to 165,700 tonnes in Q3 20.

Platinum Group Metals: The production of platinum fell by 2% year on year to 516,500 ounces, and the palladium output was flat at 352,200 ounces in Q3 20. The palladium and platinum yield increased at the Mogalakwena project due to improved throughput, whereas the production at Amandelbult declined as the Tumela Upper region is close to the end of mine life.

Metallurgical Coal: The production of metallurgical coal stood at 4.8 million tonnes, which was down by 26% year on year as the operations at Grosvenor were halted. The operations were suspended due to a gas ignition accident in May 2020. 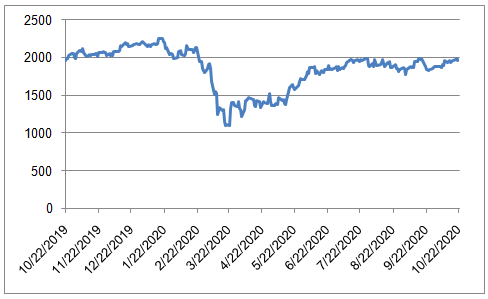 1-Year Chart as on October-22-2020, before the market close (Source: Refinitiv, chart created by Kalkine Group)

The Group generated revenue of USD 884 million in Q3 20, which was up by 35% year on year. The improvement in revenue was supported by good prices for gold and silver and an increase in sales volume. Polymetal reported a strong cash flow in Q3 20. As on 30 September, the net debt stood at USD 1.61 billion, and it was down by USD 80 million from a year ago. It also paid an interim dividend of 0.40 USD cents per share that translated to a total dividend payment of USD 189 million. The Group has spent around USD 2.9 million so far that are covid related costs for providing healthcare facilities. The covid-19 related cost of the operation is close to USD 3 million per month, which is currently recorded as an operating expense. 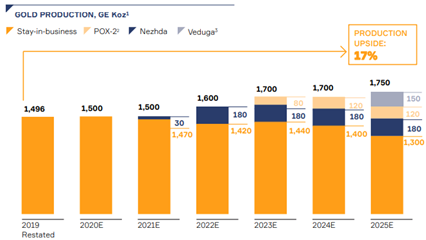 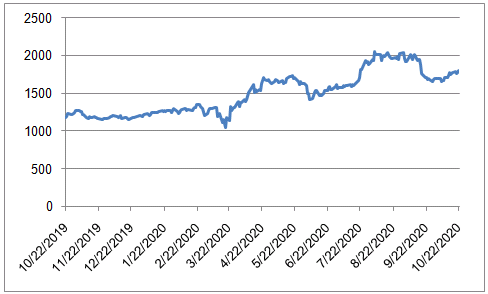 1-Year Chart as on October-22-2020, before the market close (Source: Refinitiv, chart created by Kalkine Group)