Aluminium prices surged to a record high in over a decade on Tuesday. The prices have rallied nearly 40% on London Metal Exchange in 2021 so far. The recent rise is on the back of severe output cuts in China and the looming fear of supply shortfalls. Guangxi, the southwestern province of China, is a major producer of metals and is expected to reduce the production of energy-intensive materials, including aluminium. The announcement came after the Xinjiang region imposed similar restrictions on aluminium production for August 2021. The announcements to cut outputs are in line with Beijing’s campaign to save electricity and lower emissions.

About 60% of the world’s aluminium production comes from China. The rising concerns around supply shortfalls prompted some key smelters to ensure supply continuity and avoid irrational price rise. Citigroup Inc., Goldman Sachs Group Inc., and Trafigura Group are forecasting further gains in the metal prices in the coming months as the market moves into a deepening deficit and the global economic recovery gathers steam. 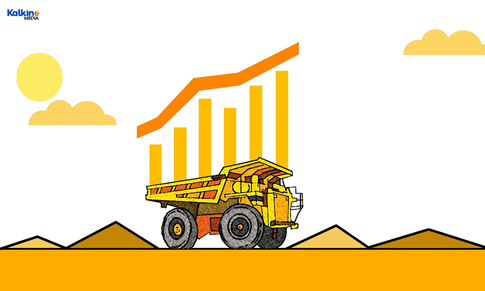 Here we take a look at three key aluminium stocks listed on the LSE and see what can be expected on the stock prices front with the rising metal prices.

FTSE 100 listed Rio Tinto is a major global mining company that focuses on exploration, mining and processing of mineral resources. On 24 August 2021, Rio Tinto announced restarting of operations at Richards Bay Minerals (RBM) in South Africa, along with stabilisation of security around the mine through national and provincial government support and engagement with host communities and traditional authorities.

South32 Limited is a metals and mining firm based in Perth, Western Australia. For the financial year 2021 (ended 30 June 2021), South 32 Limited recorded revenue of $6,337 million, up by 4% compared to US$ 6,075 million in 2020.  The company’s profit after tax dropped by US$130 million to US$195 million loss in FY21, post the recognition of impairment charges totalling US$728 million (US$510 million post-tax) concerning Illawarra Metallurgical Coal and losses of US$159 million on sale of South Africa Energy Coal.

Glencore is a commodity trading and mining firm based in Switzerland. In February 2021, Glencore and Century Aluminium Company inked an agreement with Austria-based Hammerer Aluminium Industries (HAI), for the sale of 150,000 metric tons of Natur-Al™ aluminium.

Rallying prices of aluminium can be attributed to output cuts in China and fear associated with supply shortages. Investors looking to diversify their portfolios can invest in these stocks and leverage the rising aluminium prices as it would be profitable for the aluminium producers.