The UK government has launched a first-time home buyers’ scheme for the key workers and residents. The newly launched scheme will offer a discount of 30-50% on the property’s market price to first-time buyer of homes. The motive of this scheme is to make the process of buying a home more affordable for them.

People who can get make use of this scheme will be the key workers in the government departments like NHS or those on the pandemic frontline such as delivery driver and employees of the supermarkets. The scheme aims to offer affordable housing to people who are unable to buy a house because of rising house prices.

Also Read: Budget 2021: How the housing market can gain from recent sops

The scheme is aimed at first-time homebuyers, mainly in the area where the homes are built. As part of the project, the first phase properties have already gone on the market on 4 June in the Bolsover District, East Midlands, as reported by the government. For the rest, the scheme will be rolled out on 28 June. The scheme is not open for people in Wales, Scotland, and Northern Ireland.

First-time buyers can get 30-50% discount on the newly built houses, which means buyers can save £100,000 or more. And if someone can get a discount from the district council, he can avail a discount between 40% and 50%. According to the Guardian report, the current average asking price of properties for first-time buyers in the country is about £205,925.

The government has also confirmed the delivery of 1,500 more homes this year, with at least 10,000 homes a year being delivered in the next few houses and more if required.

This scheme is a part of the government’s wider pledge to build 1 million new affordable and attractive homes and help put home ownership within reach of the people across the country. 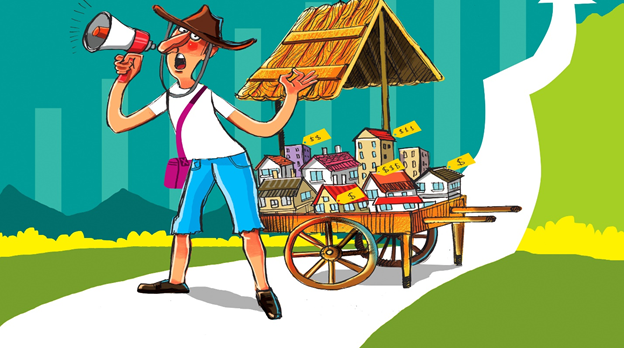 Also Read: How Return Of 95% Mortgage in The Housing Sector Would Impact the Banks

Two stocks to look at which can benefit from  the launch of this new government scheme.

With a network of 14 operational divisions, Redrow is one of the largest homebuilding developers in the UK. It is also a constituent of the FTSE 250 Index and holds a market capitalisation of around £2,387 million, as on 4 June.

The group has delivered a strong performance in the first half of 2021, despite the strict Covid-19 lockdown and restrictions.  The company reported an increase in its revenue from £870 million to £1,041 million in the first half of 2021 compared to last year as the legal completions grew by 20% and stood at 3065 (2020: 2,554). With the increase in its turnover, operating profit also increased from £159 million to £178 million.

Founded in 1958, Barratt Development Plc is one of the largest residential property developers in the UK. As per the NextGeneration Sustainability Benchmark Report, Barratt Developers is the highest scoring national housebuilder for 2020.

With the rising demand for homes, the company expects to complete its wholly owned home completions of around 16,250 apart from the 650 joint venture home targets.  For H1 FY21, the company has reported a revenue of £2,494.7 million compared to £2,266.2 million a year ahead.

The company with a market capitalisation of around £7697 million, as on 4 June, has delivered a return of more than 40% in the last one year.