Why have Pfizer and Moderna raised prices for vaccines in the EU?

US-based COVID-19 vaccine manufacturers Pfizer Inc. (LON: 0Q1N) (NYSE: PFE) and Moderna Inc. (LON: 0A45) (NASDAQ: MRNA) have increased prices of their vaccines in the latest supply contracts for the European Union (EU), according to a report by the Financial Times. 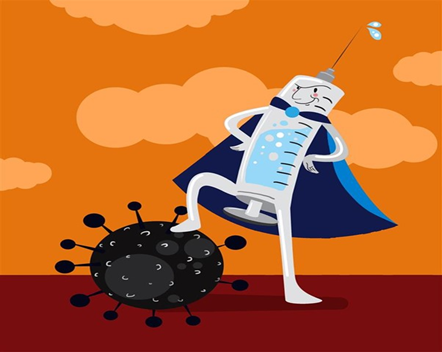 Pfizer and Moderna price ramp-ups have been attributed to the continued demand for effective vaccinations and the increased government dependence on pharmaceutical companies. The terms of the EU’s supply deal with the two pharma companies for a total of up to 2.1 billion vaccine doses until 2023 were renegotiated, as the phase 3 trial data showed better efficacy compared to cheaper vaccines developed by Johnson & Johnson and Oxford/AstraZeneca Plc (LON: AZN).

Countries in the EU region are keen on adopting all precautions and measures to prevent the spread of the new Delta coronavirus variant. Consequently, countries in the EU and beyond are thus even considering the possibility of booster dose administration to improve vaccine efficacy. Pfizer refused to disclose any details about its redacted contract published by the European Commission, citing confidentiality reasons.

The pharma groups are set to generate massive revenue this year through the new deals as countries rushing to secure supplies for potential booster vaccine doses due to the rising threat of the highly infectious Delta variant. In the last week of July, Pfizer raised its guidance for annual vaccine revenue by nearly one-third to €28.2 billion ($33.5 billion), as vaccine sales helped increase overall sales by almost double in Q2.

Recently, the European Commission announced that the total percentage of the fully vaccinated adult population in the EU would reach 70% by September 2021. Earlier in May 2021, the EU expected to receive over a billion vaccination doses by that time from four pharma companies. Another country to have started offering booster vaccine doses for people aged 60 years and above is Israel.

The UK also plans to commence its booster dose program in August 2021. Germany also announced intentions to begin booster dose vaccination for the elderly and people at-risk from September and promoting vaccination for children in the 12 to 17 years age group. The health Minister Jens Spahn and 16 other regional health ministers in Germany are slated to finalise the plan on booster dose in a meeting this week.

On the other hand, the World Health Organization is urging advanced nations to share vaccine doses with other developing and underdeveloped countries rather than ramp up their booster vaccination programs due to rising cases of new infections caused by the new variants in Asia and African nations. In these countries, only a smaller fraction of the total population has received vaccinations. The EC was also battling criticism from member states, led by Austria, that accused the commission of “unfair” vaccine distribution, highlighting the inconsistencies in the current distribution program that has left some EU nations short on supply.