A stock that is expected to grow at a pace faster than the average growth of the market is known as a growth stock. These shares do not generally pay dividends to shareholders as issuers of these stocks reinvest the earnings to boost growth in the short term. Those investing in growth stocks generally do not do so in expectation of dividends but to make capital gains when they sell of the shares later.

Investing in these kinds of stocks can be risky, as they do not generally pay dividends. For an investor to make money from these stocks, they would have to sell the shares and depending on how the company performs. 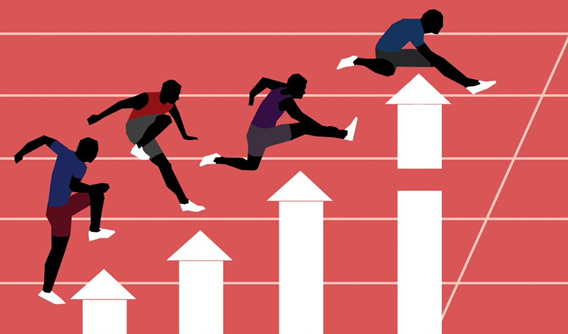 These stocks can be from any industry or sector and generally trades at a higher price-to-earnings ratio, as there might not be any earnings at the current but are expected later.

Here are four growth stocks that one should be looking at in the month of July, with economic recovery picking up pace.

More offices are expected to resume work from the office, and the regional office owner is expected to benefit out of it. In the last one year its rent collection was at a high level of 98.2 per cent, proving its astonishing tenant portfolio. However, its biggest challenge is debt. The stock is priced at GBX 87 as of 28 June 2021.

Landlords of commercial properties have gone through difficult times in the last one year and these companies have had to go all the way to go into insolvency.

As non-essential retail stores open up and shoppers return to satiate pent-up demand, it could prove to be a boon for Hammerson and its peers. Priced at GBX 39 as of 28 June, this could provide a diversification opportunity.

It is also expecting to realise £700 million from the disposal of assets which would make its balance sheet stronger. However, its high debt levels still pose a considerable challenge. The stock is priced at GBX 39 as of 28 June 2021.

The utility supplier company has been struggling for several years now, and as the pandemic struck, its business saw a substantial fall in demand, impacting its bottom line. But as the economy is set to reopen, the company is also expected to recover. It has also been reducing its debts and bringing down costs. This makes the stock an interesting option, but its history of struggle should not be neglected either.  The stock is priced at GBX 52 as of 28 June 2021.