The stamp duty holidays, which were incentivising home buyers to buy homes, have now officially been extended. Chancellor of the Exchequer Rishi Sunak introduced 95 per cent mortgages for home buyers along with the stamp duty holiday extension and delivered hope to millions of house buyers during the budget announcement of 2021. The Chancellor believes that the new mortgage guarantee scheme shall help in increasing home ownership from April onwards.

Also read: Budget 2021-How the housing market can gain from recent sops

However, a higher percentage mortgage is deemed as a risky proposition by the lenders, primarily due to fluctuations in asset prices. Notably, a plethora of 85 per cent loan-to-value deals are still available in the UK market.

Alternatively, the new scheme is expected to propel the housing sector further with rising demand and house prices as first-time buyers are expected to get onto the ladder. The first-time buyers, who genuinely cannot afford a big deposit, now stand a chance to buy their own home. Sunak expects to see a transition from renting to buying. The buyers who can muster a deposit of 5 per cent of the asset value can reap benefit from the newly launched scheme.

The government is the de-facto guarantor of the mortgages under the new scheme. This implies that in case the house buyer is not able to repay the mortgage, the government shall foot the bill. Experts fear that this move might deteriorate the asset quality of the lenders, exposing them to undue risks. Moreover, the potential defaults shall lead to an increase in debt for the government in a debt-ridden environment.

Besides, a higher percentage mortgage is expected to act as a growth catalyst for the housing sector and might push up the housing prices due to increased demand for homes and eventually flushing out potential home buyers out of the system. 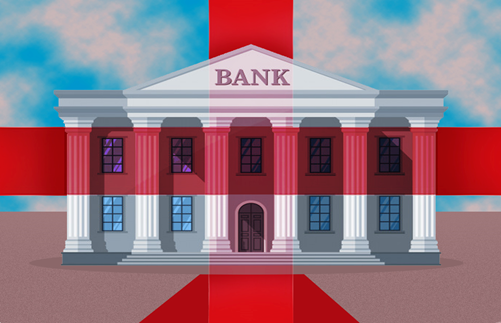 UK’s lenders, including Lloyds (LON: LLOY), NatWest (LON: NWG), Barclays (LON: BARC) and HSBC (LON: HSBA), are expected to commence offering 95 per cent mortgages from next month onwards. In the near term, lenders are expected to benefit from the newly launched scheme; However, they need to practice due diligence before disbursing the loans or else the newly launched scheme might turn out to be a recipe for disaster.

A higher percentage mortgage, often referred to as loan-to-value across the industry, has its own pitfalls. A higher loan-to-value (LTV) can push you into negative equity. Consider the price of the asset has fallen by a fifth for which you have availed a 95 per cent mortgage. Now you will end up paying more, despite the asset prices being down by 20 per cent. The concept of negative equity can push you into a potential debt trap. From the lender’s perspective, the problem of negative equity is resolved to some extent as the government is the ultimate guarantor.

Last year, most of the sectors remained volatile, including the housing sector. Therefore, lenders were reluctant to offer higher LTV.