Britvic Plc (LON: BVIC) is the LSE listed consumer discretionary stock. Based on 1-year performance, shares of BVIC have generated a return of -18.68%. Shares of Britvic Plc were trading at GBX 805.50 when the market closed on 27 November 2020.

Britvic Plc is the FTSE 250 listed Company, which operates in manufacturing and distribution of soft-drinks. The Company's brands include Robinsons, J2O, Tango, Fruit Shoot and Ballygowan. It is the largest supplier in the UK. The various geographic segments areGB stills, GB carbs, Ireland, France, Brazil and International.

Upcoming Events – The Company will announce its quarter one trading statement on 28 January 2021.

The soft drink industry constitutes a significant portion of the entire consumer industry. However, most of the industries were shaken up due to Covid-19 pandemic, and F&B is not an exception. The F&B sector does not have a severe impact as other sectors like retail, travel and advertising.

A soft drink is a non-alcoholic drink, which is a blend of carbonated water and natural or artificial flavouring. The soft drinks industry is basically driven by several market factors like increasing disposable income, rising younger aged population bases, especially in the emerging economies. The industry has the traditional shift in the consumer taste from standard flavours (such as orange, lemon, cola) to innovative flavours such as tropical fruits or fusion of flavours are also expected to provide a significant market growth.

Operational Highlights as reported on 26 November 2020. 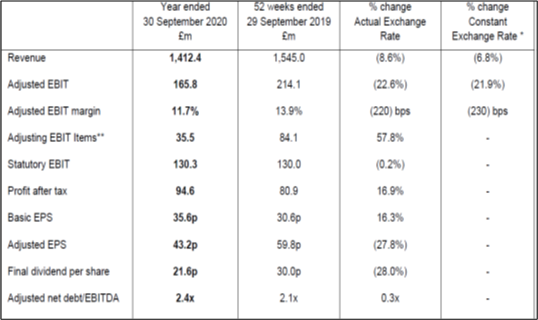 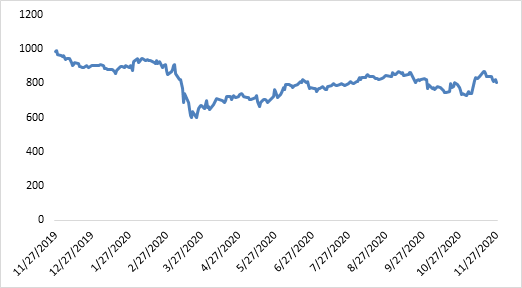 The Company has started the new financial year with a fresh set of restrictions imposed by the government due to Covid-19 pandemic. The Company is quite pessimistic and accepted that the financial performance would be impacted during the first half of FY21. The industry has consistently proven to be a highly resilient category, and Britvic fully intends to be at the forefront of its recovery.

The Company is quite upbeat regarding its long-term prospects and anticipating rebuilding investment in 2021 behind its long-term growth drivers, including innovation and marketing, as well as its commitment to sustainability through its usual strategy of "Healthier People, Healthier Planet". Britvic will be in a good position to lead the long-term recovery of the category with a portfolio of market-leading, trusted brands, a track record of operational agility and a dedicated and committed team.