The food and drink exports of the UK to the European Union have reduced to almost half in the first quarter this year as compared to the same period in 2020, as per the Food and Drink Federation (FDF) data.

As per the trade body, the fall was mainly on account of changing trading relationship of the UK; at the same time, pandemic also played a crucial role in slowing down the demand; hence EU sales reported a fall of 47%.

Adding further, the FDF said, only a 10-15% decline was due to the coronavirus pandemic. While other factors, such as cross channel trade and hoarding ahead of the Brexit, also contributed to the distorted numbers.

However, as per the latest trade statistics released by ONS, exports for the month of both March and April to the EU was much higher than the average exports level across 2020. Hence, as per the government, drawing any conclusion on the long-term impact of Brexit too soon would not be appropriate.

Dominic Goudie, the FDF's head of international trade, said that reducing EU exports is a clear indication of the enormity that UK manufacturers may face in the long-term post EU-UK new trade barriers.

What was most impacted?

The most impacted in the latest export figures are cheese sales which saw a decline of 72% in its exports, followed by fish whose sales were down by 52%, chocolate suffered a fall of 37%, compared with the first quarter of 2019 before COVID-19 hit the country.

While food and drink export to nearly all EU nations saw a significant fall in the first quarter compared with the same period a year ago, Ireland was the most impacted, reporting a fall of 70%, whereas export to Germany, Spain and Italy fell by more than 50%.

At the same time, exports to non-EU nations contributed 55% of the overall export, with sales rising by 0.3%, for the first time in more than two decades, as per FDF. 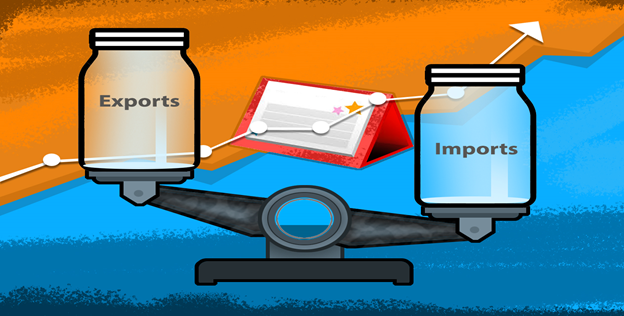 The company was well-prepared to minimise the impact of Brexit and hence saw no material disruption in its supply chains. As a result, the company reported a significant increase of 30% in its adjusted operating profit to £369 million for six months ended 27 February 2021.

Morrison is a British retailer and food maker company, which own 19 food manufacturing sites. These 19 vertically integrated food manufacturing facilities supply fresh products such as fruit, vegetables from their sites to the stores.

The company’s supply chain is mainly focused on Britain itself and supply the majority of its resources domestically. So, the consequences of fall in the export to EU nation has not been much on the Morrison.