Reabold Resources Plc (LON: RBD), a London-based investment company focused on low risk upstream oil and gas projects, has had a fantastic stretch so far in the current calendar year in terms of investments and acquisitions, including an oversubscribed placement to raise as much as GBP7.5 million.

Since the new management team has been in place, Reabold Resources has focused on acquiring direct as well as indirect stakes in various appraisal projects of different scales across the world. This has effectively diversified the total investment pool that can substantially minimise the risk and maximise the returns of the overall portfolio.

In a recent development, Reabold announced that the Victory Environment Baseline Survey (EBS) had been completed. Achieving this is key milestone keeps the planned submission of the draft Field Development Plan (FDP) to the UK’s Oil and Gas Authority by the end of 2021 on track. 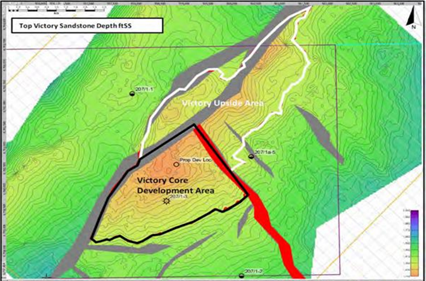 Stephen Williams, co-CEO at Reabold Resources stated that “We are delighted with the sustained progress at the Victory Gas Discovery, which we consider a simple and low-risk project, as we approach the submission of a draft Field Development Plan later this year. Victory is a significant asset for Reabold, that complements company’s existing assets and fits with the strategic goal of delivering near-term project action and value creation.  As per Stephen Williams, Victory's location near to current infrastructure, including the Greater Laggan Area, present it as an attractive development project.

Reabold Resources controls a 49.99% stake in Corallian Energy which in turn is 100% equity owner and operator of Victory. Corallian is planning a three-year gas production plateau at 70 mmscf/d (11,666 boepd) from 2025, delivering more than 25 bcf per year. 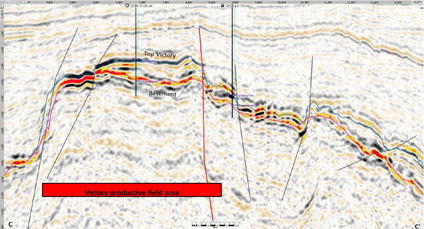 Located in the north-west region of the Shetland Isles, Scotland, the Victory Gas Discovery project is a low-risk and simple gas subsea tieback development. Over the course of the 8-year field life, the total planned gas production is likely to be 157 BCF.

Earlier in February 2021, Reabold announced a further investment of GBP1 million in Corallian to bolster the prospects of Victory Gas Field so that a draft FDP can be submitted by the end of the present calendar year.

Victory is a fully appraised project that requires no additional pre-development drilling. Reabold Resources had provided funds to Corallian Energy for the purpose of EBS through a Convertible Loan Instrument, effectively paving the way for the Baseline Survey and further progress in the project.

With steadfast funding from Reabold Resources, the data acquisition for Victory EBS was concluded successfully within the estimated budget on 23 June 2021. During the course of the survey, the corporation made sure there were zero health and safety incidents.

The comprehensive data collected during the course of the survey will be utilised to complete an Environment Impact Assessment followed by an Environment Statement for the Victory Gas Discovery Project. According to the initial estimates, the interpretation of the data alongside the sample processing will take nearly four months.

With the target of value creation through generating supernormal returns for its shareholders, the investment company primarily picks up direct and indirect stakes in near-term, undervalued and low-risk upstream oil and gas projects.

The company identifies clear exit plans for each investment, even before acquiring a sizable stake in the project, a move that makes the corporation unique among its peers.

The well-adjudicated exit strategies for the projects mean that the company remains in a position to diversify its interests further into various additional oil and gas opportunities.