i3 Energy Plc (LON: I3E) (TSX: ITE), an energy company with a vast asset portfolio in the UK and Canada, is well-positioned for growth. Its assets and operations include large contiguous holdings in the Western Canadian Sedimentary Basin in Alberta.

The company has marked the Clearwater oil play in Alberta as one of its prime growth regions, further consolidating its position with the recent acquisition of 50 sq.km of new acreage and a potential 9 well drilling program on third party acreage via a farm-in. i3 Energy, while maintaining a limited exploration exposure, focuses on the development of discoveries located close to its existing infrastructure and the exploitation of producing fields.

The company has come up with various updates on 17 June, charting out its future growth plans in line with its strategy of economic-driven buying or building, dependent on attainable metrics.

i3 Energy Plc has announced that it will drill two wells at the Wapiti Elmworth acreage in Canada in July. These two high-return wells are planned to be drilled at a total cost of US$ 2.1 million, and the work would conclude in the early third quarter of 2021.

These oil-weighted wells, which are planned to be drilled with a partner, are anticipated to give a production boost of around 175 boe/d to i3 Energy. Going by the current commodity strip pricing, the two wells are expected to return the full investment in just 1.3 years.

As per the company, along with these two new wells, its total Canadian acquisitions and drilling programs announced during the first half of 2021 are estimated to increase its NTM (next 12-month) net operating income (NOI) to around US$ 44m. It’s a massive increase of about one third as compared to the previous guidance, which was given without taking into consideration these two wells. It is also likely that the company’s production will cross 10,000 boe/d.

i3 Energy Plc has also executed an LOI (Letter of Intent), which is likely to be completed in the second quarter of 2021, for a synergistic Cardium and Dunvegan formation centred production acquisition at Wapiti. It could deliver NTM production of around 310 boepd to the company once it has performed six reactivations at a total acquisition and capital cost of around US$ 0.41m.

A step closer to dividend

Among the various announcements made by the company, one of the most prominent is the progress on dividend distribution, which is certainly going to please its investors. The High Court of England and Wales on 11 June approved the draft order to put into effect the company’s cancellation of its share premium account.

By the end of this month (29 June 2021), a final confirmation hearing is slated to be held in which the company expects the High Court to confirm that the cancellation can proceed. It would pave the way for the company to make dividend distributions among its shareholders. 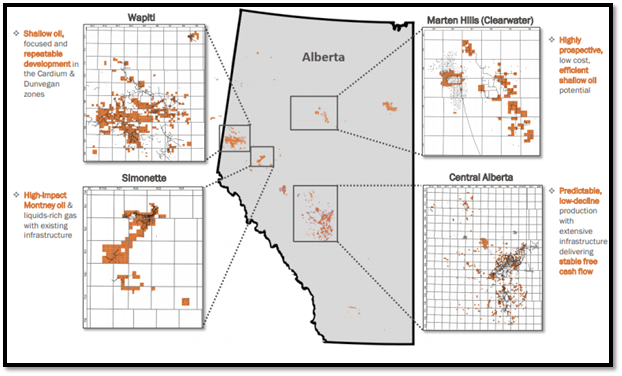 i3 Energy is all set to start returning value to its shareholders by way of a special dividend, as it will reclassify its earlier announced maiden dividend of CA$ 2 million as a special dividend, instead of linking it with the first quarter of 2021 cash flow, once the court proceedings are over. Subject to final sanction by the court on 29 June 2021, the company expects to set the ex-dividend date as 8 July and pay the special dividend before the end of July. It will then commence half yearly dividend payments following the publication of interim and full year financial statements. It has promised to pay up to 30% of free cash flow to shareholders as dividends on an annual basis.

The company also plans to hedge 50 per cent of its oil volumes and 50-70 per cent of gas volumes to protect the dividend and maintain capex in future.

i3 Energy Plc stocks were in a jubilant mood led by announcements, currently trading at GBX 9.70 as of 18 June 14:20 PM. The AIM-listed stock with a market capitalisation of GBP 70.08 million has given a YTD return of 75.41 per cent, backed by strong operational delivery and incremental acquisitions.