Since its inception, the company has expanded rapidly both organically and inorganically. The company acquired Gerald Wood Homes in 2001, Chartdale in January 2006, Morrison Construction from AWG Plc in March 2006, Kendall Cross in November 2007, Linden Homes in February 2008, Rosemullion homes in December 2009, Miller Construction from Miller Homes in July 2014 and Shephard Homes in May 2015.

The companyâs shares were listed on the London Stock Exchange on 27 March 1972; there they trade with the ticker name GFRD. The shares of the company are also constituents of the FTSE 250 index.

The company got into financial trouble in February 2018, when Carillion one of its joint venture partners on the Aberdeen Western Peripheral Route project collapsed. The company had expected a cost over-run in excess of Â£150 million for the project which cast a deep dent on its balance sheet. The company though managed to raise Â£157.6 million through a rights issue in March 2018.

Since May of 2019, the company has received many offers for its profitable businesses; Linden Homes and Galliford Try partnerships but were all rejected by the management. The company for the full year 2018-19 had given positive guidance and in July 2019 reaffirmed that they would be able to meet the guidance goals.

However, on 10 September 2019, the company admitted that it is in talks to sell its housing and partnership verticals, just a day ahead of its annual results. The result statement filed by the company thus becomes critical in terms of what they reveal about the current status of the company. 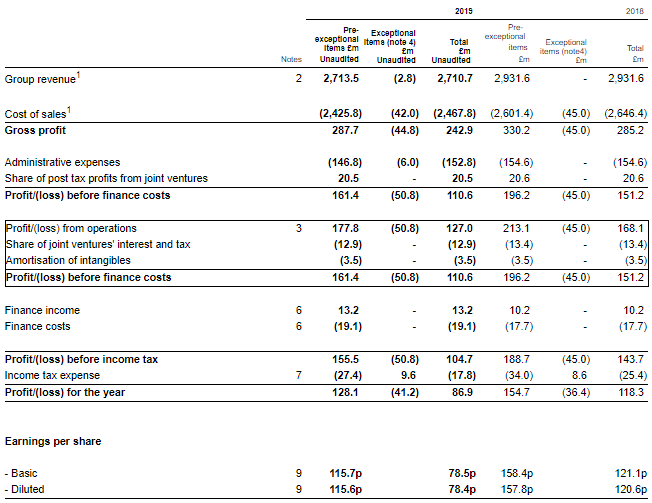 Price Chart as on 11 September 2019, before the market close (Source: Thomson Reuters)

Graham Prothero, the Chief Executive of the company in his comments on the results, stated that the business had delivered a good performance this year despite the challenges it faced. On the speculation about the possible sale of their business verticals to Bovis Homes Group PLC he stated that the potential combination of its Â Linden Homes and Partnerships businesses verticals with Bovis Homes represents an excellent opportunity to enhance the prospects for all three of its Â business verticals to thrive in a strategically focused way with well-financed operations and excellent opportunities for future growth.Â The transaction will allow the Â Construction vertical to continue to trade as a standalone well-capitalized vertical. The statement of the CEO confirms that the sale in very well on the cards.

UK Oil & Gas Plc (UKOG) is a United Kingdom domiciled oil and gas exploration company. Its operations are all based in and around the United Kingdom with the company owning 7 oil and gas assets around the country. The companyâs assets are Horse Hill, its flagship asset and Broadford Bridge both located at the Weald Basin. Arreton-3 near Isle of Wight, Markwells Wood near South Downs National Park, 40 per cent interest in the Holmwood prospect, which is operated by Europa (Oil & Gas Company), 10 per cent interest in Horndean prospect and 5 per cent interest in Avington prospect both operated by IGas Energy.

The companyâs shares are listed on the AIM segment of the London stock exchange where they trade with the ticker name UKOG.

The company has a significant and controlling interest of 85.635 per cent in the field and the highly prospective surrounding licensesâ of Â PEDL137 and PEDL246. The field is operated by one of the company's subsidiaries, the Horse Hill Developments Ltd in which UK Oil & Gas Plc is the parent holding a 77.9 per cent of the controlling interest.

With the latest approval, the UK Oil & Gas Plc can produce 3,500 barrels of oil per day from this asset over a period of 25 years from a total of six drilled wells within the Portland & Kimmeridge oil pools, including the existing Horse Hill-One and the forthcoming Horse Hill-two straight wells. 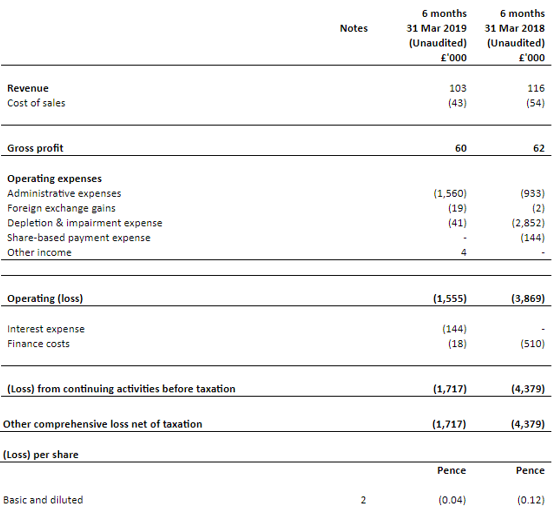 Price Chart as on 11 September 2019, before the market close (Source: Thomson Reuters)

In this regard, it is worth mentioning that at the Horse Hill oil field the extended well tests of Horse Hill-1 well achieved a number of highly significant milestones, ending in an average total test production of more than 54,000 barrels of light, sweet, dry crude oil product. The companyâs production during the test phase, till date, stands at more than Â 29,000 barrels of crude from the Portland and over 25,000 barrels of crude from Kimmeridge. In excess of 250 tankers of this test crude oil has been sold out to Perenco at the current Brent oil prices and has already been transported for onward shipment to Esso's Fawleyâs crude Refinery near Southampton, United Kingdom.